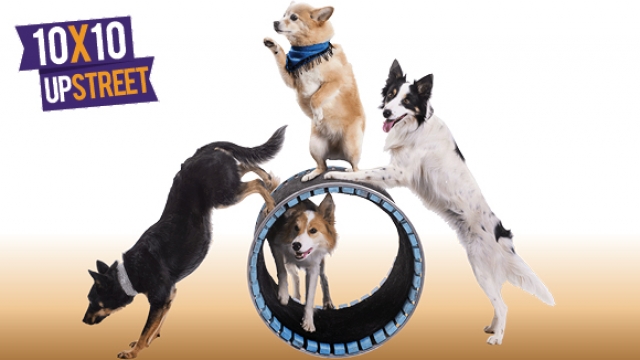 Community events at the Colonial include the Art in Harmony Artist Reception (11/2 at 6pm). Art in Harmony is a group show of six Berkshire artists, Judy Bates, Nicole Webster Clark, Reuben Lara, Kelly Macchia, Susan Robinson and Freya Segal. Student musicians from a Kids 4 Harmony will perform at the reception. A portion of each sale will benefit Kids 4 Harmony and BTG PLAYS!, Berkshire Theatre Group’s year-round education program.

BTG will present the 12th annual production of Charles Dickens’ A Christmas Carol at the Colonial, adapted by Eric Hill and directed by Travis G. Daly. Running December 9 through December 22, come celebrate the timeless holiday tradition of A Christmas Carol with the whole family. There will be special community and sensory-friendly performance of A Christmas Carol on Wednesday, December 13 at 7pm.

Tickets may be purchased in person at the Colonial Ticket Office at 111 South Street, Pittsfield; at the Fitzpatrick Main Stage Ticket Office at 83 East Main Street, Stockbridge; by calling (413) 997-4444 or online at www.BerkshireTheatreGroup.org. Ticket Offices are open Monday-Saturday 10am-5pm, Sunday 10am-2pm or on any performance day from 10am until curtain. All plays, schedules, casting and prices are subject to change.

Tickets: Adults $20 Children $10 This event is part of the 10x10 Upstreet Arts Festival Comedy duo, Scott and Joan Houghton have created a dog thrill show like no other, featuring nine amazing canine partners, all adopted from animal shelters and rescues. Expect the unexpected in this top-notch presentation that includes: high flying frisbee dogs, tightwire dogs, dancing dogs, magic dogs and of course—the one and only—Sammie the Talking Dog! Since 1985, Scott and Joan Houghton have been presenting their unique blend of physical comedy and circus arts to audiences from Las Vegas to Tokyo. They spent three years with country star Lee Greenwood at his theater in Tennessee and seven years as the featured comedy act at Dolly Parton’s Theaters in Branson, Orlando and Myrtle Beach. In 2005, the duo turned their attention to a creating a comedy dog act and Mutts Gone Nuts has been thrilling audiences of all ages ever since! This event is part of the 10x10 Upstreet Arts Festival. Yesterday and Today: The Interactive Beatles Experience

at The Colonial Theatre
Thursday, March 8 at 7:30pm

Yesterday and Today: The Interactive Beatles Experience is the nation’s most innovative and unique show utilizing the works of The Beatles. This amazing group, anchored by brothers Billy, Ryan and Matthew McGuigan, perform as themselves and leave the song choices completely in the hands of the audience. This is done through request cards that audience members fill out prior to the show. On those cards, the audience member only needs to fill out three things: their name, their favorite Beatles song and the reason why they chose that song. The cards are collected and two minutes before the show begins, a set list is created based upon the songs chosen and the reasons that the audience members chose those songs make up the narrative of the evening.

"It isn’t merely the grace and power of their dancing or the beauty of their singing that rivets the attention, but the sheer joy and love that emanates from their being." -Paul Simon

The Grammy Award-winning acappella ensemble, Ladysmith Black Mambazo captures South Africa’s historic struggle in an inspiring repertoire that melds the tradition of Zulu harmony, singing songs born in the mines during the apartheid era, with hints of gospel. Whether performing at Nelson Mandela’s inauguration, in Disney’s The Lion King, or alongside Paul Simon on his album Graceland, Ladysmith Black Mambazo creates beautiful harmonies that have brought its unique sound to international prominence. The rich uplifting sounds and effortlessly synchronized dancing convey universal themes of faith, hope and peace, yielding a performance of pure, uninhibited joy.

With sardonic wit and incisive social critiques, best-selling American author, David Sedaris has become one of America’s pre-eminent humor writers. The great skill with which he slices through cultural euphemisms and political correctness proves that Sedaris is a master of satire and one of the most observant writers addressing the human condition today. David Sedaris is the author of Barrel Fever and Holidays on Ice, as well as collections of personal essays, Naked, Me Talk Pretty One Day, Dress Your Family in Corduroy and Denim, When You Are Engulfed in Flames, and his most recent book, Let’s Explore Diabetes with Owls, each of which became an immediate bestseller.  The audio version of Let's Explore Diabetes With Owls is a 56th Annual Grammy Awards-nominee for Best Spoken Word Album. He is the author of the NYT-bestselling collection of fables entitled, Squirrel Seeks Chipmunk: A Modest Bestiary (with illustrations by Ian Falconer). He was also the editor of Children Playing Before a Statue of Hercules: An Anthology of Outstanding Stories. Sedaris pieces appear regularly in The New Yorker and have twice been included in “The Best American Essays.” There are over ten million copies of his books in print and they have been translated into 25 languages.

The Argentine based dance company, Che Malambo, excites audiences through precise footwork and rhythmic stomping, drumming of the bombos, and singing and whirling boleadoras (lassos with stones on the end). Presenting a thrilling, percussive dance and music spectacle, the company’s work celebrates the unique South American cowboy tradition of the gaucho. This powerhouse, all-male company of 14 gauchos is directed by French choreographer and former ballet dancer, Gilles Brinas. Che Malambo brings fiery Malambo traditions and virtuosic dancing to the contemporary stage for an exhilarating and entertaining show that is perfect for the entire family. Danced solely by men, the Malambo began in the 17th century as competitive duels that would challenge skills of agility, strength, and dexterity. Zapeteo, their fast paced footwork, is inspired by the rhythm of galloping horses in their native Argentina.

Mutts Gone Nuts: at The Colonial Theatre. Saturday, February 17 at 2pm and 5pm.

Yesterday and Today: The Interactive Beatles Experience: at The Colonial Theatre. Thursday, March 8 at 7:30pm. Tickets: A: $35 B: $20.