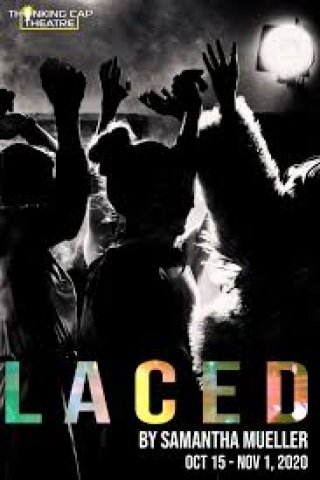 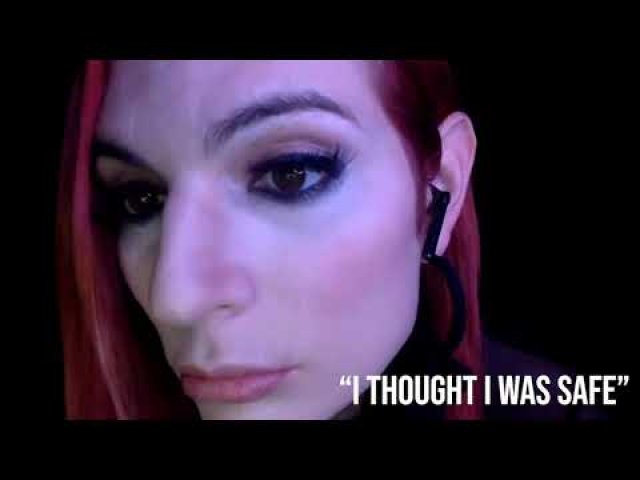 The owner of a gay bar “used to throw a mean right hook in the face of some homophobic mother—ers, that’s for sure,” a character says in Samantha Mueller’s bold, unapologetically frank, in your face, and humorous play, Laced.

But it was the bar owner’s employees who received more like a figurative sucker punch to the gut when they noticed the hateful graffiti splattered on the bar’s walls.

Perhaps, Laced will knock the wind out of some audiences. At the least, it’s a safe bet that Mueller wants to jolt many of us from complacency in regards to the violence and hate that permeate society. And Ft. Lauderdale-based Thinking Cap Theatre (TCT) shares a similar goal.

To that end, TCT, “a steadfast champion of gender, racial, and sexual equality on- and off-stage,” is using their current, strong world premiere production of Laced as a “Get Out The Vote Theatre Initiative.”

TCT is a professional regional theater company known for presenting thought-provoking fare. It planned to present Laced as one of the company’s live, mainstage offerings in October. However, the pandemic forced TCT to re-think its schedule. But artistic director Nicole Stodard and managing director Bree-Anna Obst ensured that, virtual or live, they’d present Laced this month. The piece is “TCT’s most political play to date” according to Stodard and Obst. Further, it’s hard to deny the work’s resonances with the country’s disturbing state. Indeed, during a time when bigotry and hate-fueled crime seem shockingly common-place, plays liked Laced are screaming for stage time.

In her play, Mueller gives voice to people who are often marginalized. She lets them unapologetically pour out their feelings and emotions in a space that, up until the play’s inciting incident, had been their safe place.

Mueller, who could use a better title for her piece, counterbalances realistic speech with poetry. The result is a highly expressive theatrical piece. Three distinct characters speak those words. Meanwhile, music that is at times seductive, loud, foreboding and propulsive, lends the piece a modern aura while animating and driving the narrative.

Mueller sets the play not only before the 2016 election but the morning after the bar’s ransacking. In fact, the play jumps back and forth in time. Indeed, the characters feel torn between going back to the past to uncover the source of the damage and moving forward. But make no mistake; Laced is not a “whodunnit.” Instead, at its heart, this play is about the need to “get up” and move forward even after you’re “knocked down.” To be sure, the characters express a sense of helplessness and vulnerability, without resorting to self-pity. However, in the end, the indomitable Minnow, Cat, and Audra recognize the importance of moving on after a traumatic event.

“I’ll let everyone in…this is how we win,” Minnow says at the play’s end.

She’s literally letting a crowd into the bar after its vandalism. But she could just as easily mean that she’s letting the other characters in on the secret to winning in this case. It is “getting up” and forging ahead, instead of succumbing to fear and closing the bar.

In fact, closing the business is not within these characters’ power. That would have to be the owner’s decision. And during the course of the play, she’s off on a cruise somewhere. The owner, Maggie, has left Minnow in charge.  Meanwhile, each of these characters are struggling with different issues. For instance, not only is Minnow suddenly her fellow employees’ boss, but she’s dealing with feelings of guilt after failing to discourage her Republican father from voting red.

While Minnow feels this way, Audra, a bisexual, is facing relationship and sexual issues. And Cat, who identifies as non-binary, is facing concerns related to gender.

“Some mornings I wake up and I fell caught in the middle, feel the ‘she’ and the ‘he’ waging a war in my gut,” Cat says.

But Laced is more than an outlet for the characters to air their problems. The piece will make you ponder things. For instance, when a group of teenagers (unseen) enter the bar to purchase alcohol, Cat complains about how easy it is for the youngsters to obtain fake Id’s.

“I can’t get an ID without gender on it, but these f—ks can say they’re anyone in the world,” Cat says.

Audra: You know, I always thought that all it would take to change someone’s narrow-mindedness would be to let them have a night in here (the bar), just let them watch from the sidelines…But really it may be the opposite. Someone who comes in here narrow-minded just gets surrounded by all the things they hate. Wouldn’t they just get madder and madder?

Audra: How do we know the difference?

Minnow: And how do we reach those people who just get more mad?

While Laced deals with serious themes, the play contains humor. In fact, the characters’ use of dry humor reinforces their strength and toughness. Cat, for one, will not let the teenagers asking for alcohol push her around. What did she serve them, even though they requested coke and rum?

“Coke and simple syrup,” she responds. “Real fancy and fast so they couldn’t tell. I hope their pediatric dentist thanks me for their cavities.”

While watching three talented cast members play these characters, aided by Stodard’s sensitive direction, you empathize and root for them, rather than simply pity them.

Jordan Patriarca, with reddish-brown long hair, heavy black eyeliner, red lipstick and wide eyes, plays Cat with an unabashed rebellious streak and a hint of seduction. But while her exterior suggests boldness (but not arrogance or meanness), underneath there’s a vulnerable woman capable of intense emotion.

So, too, is Minnow capable of such emotion, as Angelina Lopez de Catledge plays her. The performer, wearing a hat backwards, also plays Minnow as an ambitious, sensitive, dutiful, seemingly responsible woman. Therefore, it makes sense that the bar’s owner, Maggie, would entrust her with overseeing the business in her absence.

As the youngest of the three, Audra, Stephon Duncan imbues her character with an easygoing, mostly laid-back demeanor. However, Duncan ratchets up the intensity convincingly when Audra speaks her mind. As you watch Duncan, sporting big, curly hair and purple lipstick, a young Whoopi Goldberg might come to mind.

If there’s a weakness in the acting, it’s that the performers could appear and sound more shocked after first witnessing the vandalism. Otherwise, the actors create three distinct, believable, and ultimately brave characters.

On your screen, the performers will appear in rectangles with a background shrouded in darkness. This reinforces the dark, serious nature of the crime committed against them. Later on, flashing, disco-like lights appear in the background, lending a sense of intimacy to the bar.

Mueller, the playwright, shines a light on relevant themes such as confronting discrimination and injustice, living with uncertainty, giving voice to the most marginalized members of the LGBTQ+ community, as well as modeling hope and resilience.

Certainly, Minnow does the latter. She sets an example for the others—and us—when she declares the following: “We’re not losing our jobs. We aren’t closing down. We aren’t giving up.”

Laced continues its run at 7:30 p.m. Friday, Oct. 30, with virtual performances also at 7:30 p.m. Saturday, Oct. 31, and 7:30 p.m. Sunday, Nov. 1. Tickets are $17.50 for an individual, $25 for a couple, and $50 for a watch party of three or more. Virtual doors will open at 7 p.m. with a rotation of special guests before and after the show. There will be talkbacks after every performance. To make reservations, visit https://thinkingcaptheatre.eventbrite.com, or call (954) 610-7263. Patrons will receive a link to the virtual event once they have made reservations. The play runs 75 minutes.