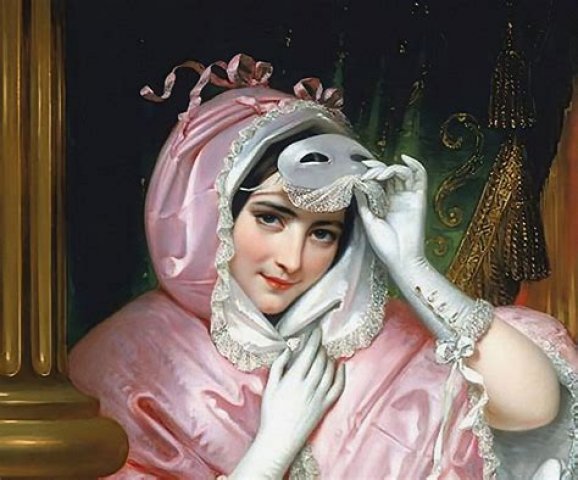 As one of the most beloved and most performed operas in the repertoire, virtually any opera lover will know the story line of “La Traviata,” so there are few secrets here.  And in opera reviews, spoilers don’t pertain.  Briefly, Violetta is a courtesan.  Alfredo falls in love with her.  While they are living together, Alfredo’s father Giorgio appeals to Violetta, suggesting that his daughter’s engagement would be compromised if Alfredo married a woman of questionable repute.  Violetta’s graciousness in abandoning her beloved astonishes the initially skeptical Giorgio. Violetta, who has suffered consumption from the outset, dies.

West Bay Opera takes on this war horse, and as one who had already seen six productions of “La Traviata,” you’ll understand why your reviewer approached it with little enthusiasm.  But it’s easy to forget how soaring and melodic Verdi’s music is from curtain to curtain and how it can sweep you away.  West Bay operates with the usual constraints of a small, suburban opera company in dealing with a large production like this.  Additional obstacles derive from their facility – like having a pit inadequate for the orchestra and having to place some musicians in either stage wing.  The outcome of all of these imperfections? - a great success!

“La Traviata” opens with one of its two party scenes, and immediately, the audience is regaled with one of the opera’s myriad of highlights, the brindisi, or drinking song, ‘Libiamo ne’ lieti calici’ (‘Let's drink from the joyful cups’).  Alfredo must sing in full voice from the outset, and Alonso Sicarios-León, performing the part, brightens up to commence a solid rendition.  He follows with the lead on the beautiful love duet ‘Un di felice, eterea’ (‘One day, happy and ethereal’) and demonstrates not only emotional power often associated with Italianate style, but a textured, rich voice with excellent control of dynamics.  He exhibits many fine qualities that are well suited to tenor roles in the 19th century canon.

Sicarios-León pairs well with his Violetta, Shaina Martinez, who joins her counterpart in the delightful Act 1 duets.  A lyric soprano, she possesses enough edge to give gravitas and strength to her mid and upper range, though her low end lacks similar penetration.  Martinez also demonstrates fine coloratura skills with quick trills and runs in her solo parts.  She offers a well-defined ‘È strano!....Ah, fors’ è lui’ (‘Ah, perhaps he is the one’).  In the ultimate scene, and adhering to one of the conventions in opera that we have come to accept, she belts out with great passion and power her ‘Gran Dio!...morir sì giovane’ (‘Great God!...to die so young’) just before dying from a lung abrading disease!

The impediment to the lovers’ happiness is Geogio, who is portrayed as sympathetically as possible by baritone Jason Duika.  He brings great earnestness to the part, and his singing is smooth and mellow, if slightly cloaked.  He also handles quick patter and his duet with Alfredo ably.  And he delivers his signature aria‘Di Provenza il mar, il suol chi dal cor ti cancellò?’ (‘Who erased the sea, the land of Provence from your heart?’) which is directed at his son with great mellifluous intensity.

Supporting roles are performed with great aplomb as well.  Morgan Balfour as Annina, Jackson Beaman as Gastone, and Joshua Hughes as Grenville were in particularly good voice for this performance, as was the chorus.  The graceful ballet dancers choreographed by Kara Davis provide an excellent diversion.