The Chosen At Lyric Stage Company

Spirituality Prescribed in a Secular Society 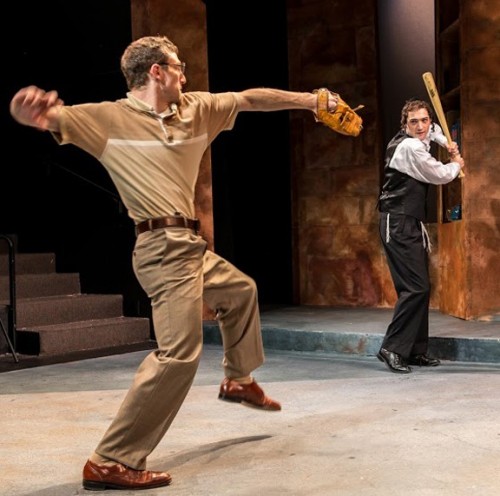 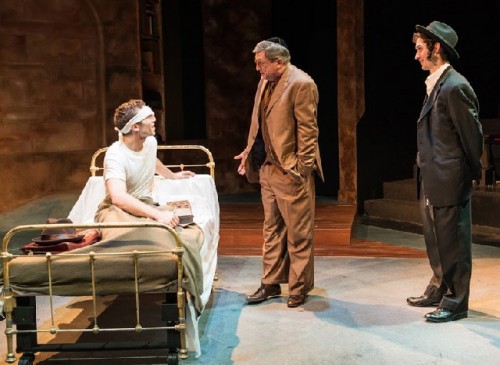 Zach, Will and Luke at the Hospital 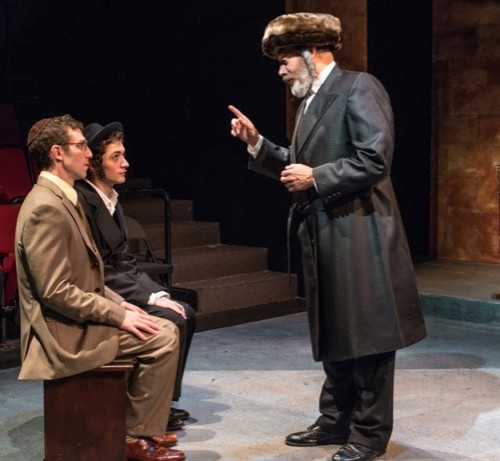 Joel, Luke and Zach at Lecture 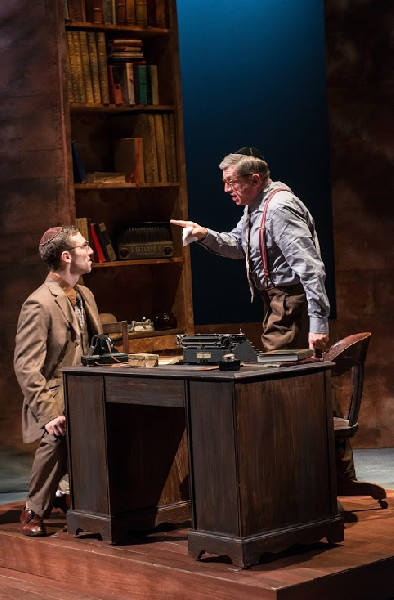 Zach and Will at Desk 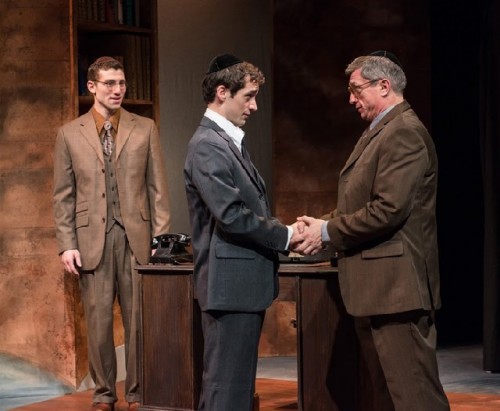 Zach, Luke and Will 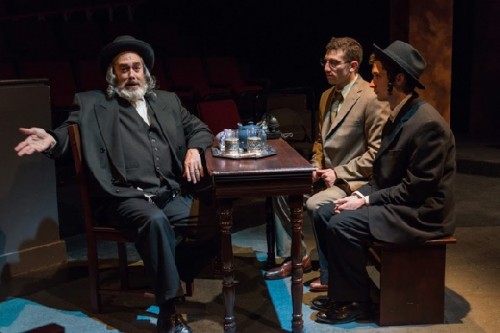 Joel, Luke and Zach At Desk 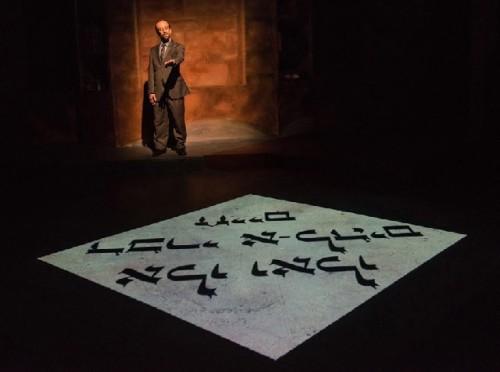 Set in the 1940s when World War II was not just a memory but literally an ongoing experience, The Chosen at the Lyric Stage Company is a story of ethnicity that speaks a universal language. Here hyphenated Americans wrestle with issues of tradition and secularity, insularity and assimilation, fundamental belief and enlightenment.

Based upon the 1967 novel by Chaim Potok, the story is about two boys as they grow and evolve into manhood who are divided by their different Jewish orientations. One, Danny is from an ultra-Orthodox Hasidic sect led by his dictatorial father; the other Reuven comes from a religious but modern Orthodox upbringing and a more modern-thinking father.

The two young men meet at a baseball game, a very American activity, between their two Yeshievas (Jewish parochial high schools) where Danny injures Reuven in the eye with a hard hit ball. From this experience, the two very different but somehow similar teenagers forge a friendship.

Each looks up to his father as a great man. And each desires to make a difference in the world personally. The concept of father as great man seems dated, artificial and even a bit adolescent. But 65 years ago, when the story is set, they may have been more venerated.

In the case of Danny's father Reb Saunders the greatness is implied for his Talmudic knowledge and his insular sect's leadership. The Talmud is the central tract of Rabinical Judaism and is made up of commentaries from scholarly rabbis on law, ethics, philosophy, theology, etc.

On the other hand, Reuven's father David Malter is a Zionist spokesman and revered teacher. Great? Perhaps, in the eyes of his son and some of his colleagues. In a contemporary sense, neither father is very great, but more symbolic.

Though they both hold scholarship and study primary, neither father is particularly happy about the life direction of either of their sons. These directions relate to the main themes of the story. The key issues of the narrative are the reaction to the Holocaust, the survival of the Jewish people and the interpreted paths of each of the young men. These paths relate to individuality versus family as well as tradition versus modernity.

Zachary Eisenstat as Young Reuven and Luke Murtha as Danny Saunders portray their roles very naturalistically. They appear to be two young men in a developing friendship. Joel Colodner as Reb Saunders seems fine if not particularly spiritually inspiring or Biblically heroic in statue. However, Will McGarrahan as David Malter appears a bit flat and did not seem to resonate as the character was described by the narrator. This may be a function of the lack of playwright emphasis on the character.

Though he played two other minor roles as well, Charles Linshaw as the adult Reuven Malter, the narrator from the future remembering his past history, was rather disharmonious on many levels. First he was much shorter and smaller than his youthful self played by Zach Eisenstat. The size differential would have worked reversed. His Brooklyn accents were weak at best, silly at worst for his two other roles as coach and donor.

The set was confusing rather than visually appealing. Was it a structure, a home or a synagogue? By trying to be all three and more, it just didn't work. Instead of darkly mood-provoking, it was just dark and vaguely forboding as well as somewhat sad.

However, even with these various criticisms, the drama does work on many levels. The major weakness is the simplification and softening of the strongest aspects of the novel as it has been translated into a stage play. The play itself is a story of acceptance and understanding in a historical and ethnic context.

Overall the acting is quite solid, the narrative flows and the resolution of the play speaks to the social and intellectual problems and issues of the prescriptive as opposed to the subscriptive life.

The Chosen dramatizes the conflicts of tradition over free choice. This a story that magnifies individual actions and decisions into universal experience. It is a strongly spiritual narrative with a quite human countenance.