James Carson at The Crypt

What to Expect from the Unexpected 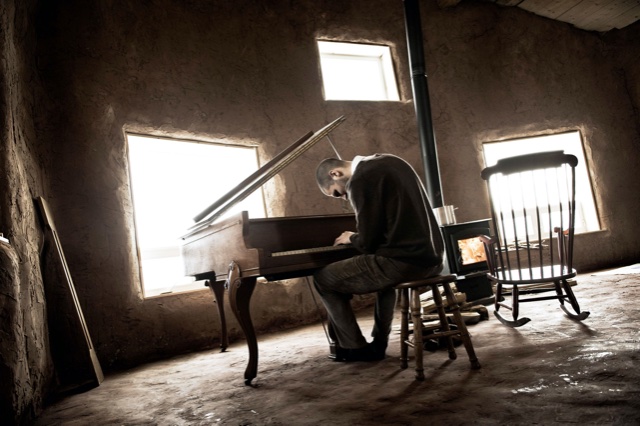 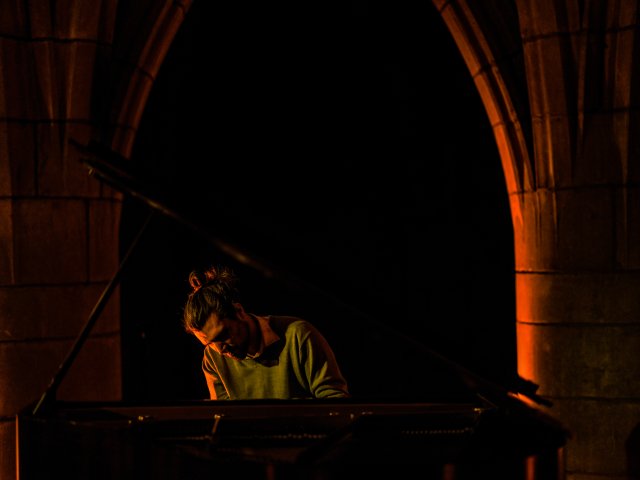 James Carson at The Crypt Death of Classical 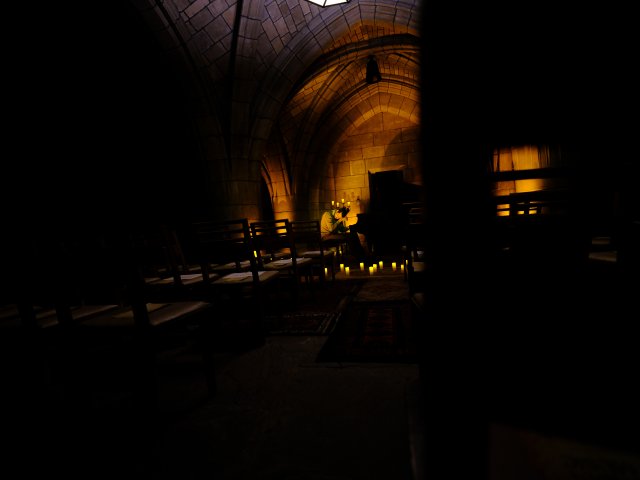 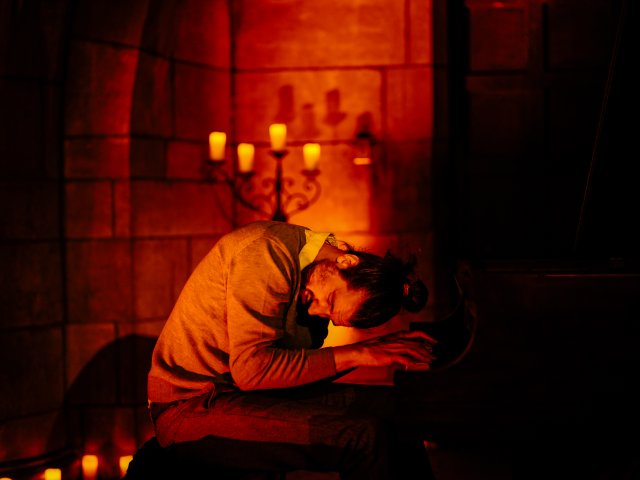 James Caaron Listens and Lets Music Course Through him 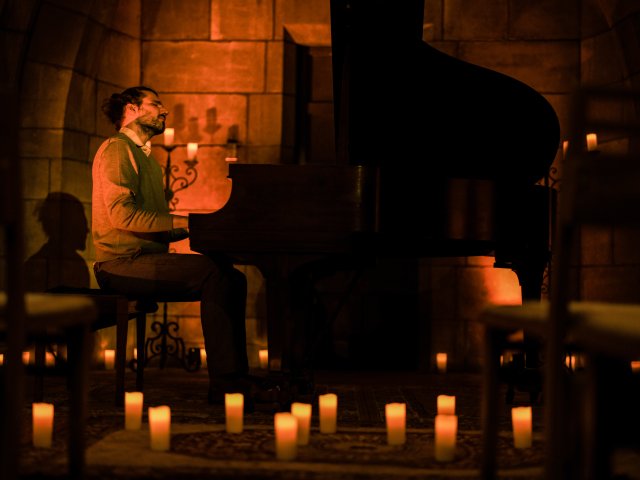 The impresario Andrew Ousley is deeply in touch with audience needs in the 21st century. In selecting dramatic and unusual settings for concerts which range from the most formal performances of classical music’s iconic and ineffably beautiful Goldberg Variations to a completely improvised concert, he helps a new audience open their ears and hearts, and more traditional concert goers to hear works anew.  He is committed  to reaching broader audiences and giving voice to underrepresented composers and performers.

Ousley made a perfect match between space, performer and audience for Cabin Music, a completely new, improvised, musical experience, which will never be repeated.  Being in the moment in the Crypt of the Church of the Intercession in Manhattan, listening to James Carson, who has worked for twenty years to develop a new music, we were transported to the stratosphere.

Berkshire Fine Arts (BFA):  Since the space to which you respond is the basis of your music making, can you describe the cabin you created in Northern Canada?

BFA: Where is the piano in the room?

JC: The piano is in the center of the room  (BFA: see image in photos)  Pianos respond to humidity but not temperature. The piano does far better in the cabin than a house with a furnace or radiators. The temperature goes up and down in a house. It’s blowing hot air on and off all day long. It goes through fifteen changes a day. The clay absorbs humidity. The cabin becomes a giant humidor. Wet in summer and dry in winter.

I grew up in Alberta. I’ve gone there at any time of year and the piano is completely playable.  My lifelong piano tuner Rick comes when he’s in the neighborhood. I may start tuning it myself.
We always tune it if we're going to film or if Rick is there. It stays there. It’s totally there to practice on.

BFA: Is the piano always in the same position in the room?

JC: Never move it. That's something I visualized when I was traveling around the world. I went out a night and mapped the outline of a building. It comes from seeing Joe Maneiro’s studio in Framingham. He had it set up with two or three compositions on the piano. Saxophones on another chair. Four or five books that he was reading at the same time. And some bells. He had a circle, He could spend the entire day going from one thing to the next, not getting bored or distracted.

My cabin is inspired by Maniero’s: a piano, a wood stove, rocking chair, deep books, not a lot.  Sufi, Zen ideas are explored. Books do not change over time. They are part of the calibration process. Strong influences are going in. The glass of wood stove, chopping wood, going for walk, cooking, making bread. Whatever you're doing is in a cycle state. Your brain is developing when you're not playing.  It does not occur at the piano.  The time spent on teaching your body.

BFA: What are the strongest influences on your music?

BFA:  How do you respond to the music of Messiaen, who went out into the woods and identified bird songs?

JC: This is not a knock on Messiaen  There are multiple ways of looking at the natural world and the creation we are living. You take a bird and you can take the literal birdsong and make an incredible piece of music. You can let the bird be over there and be you.  That is a different kind of accord with the environment.

But I have not spent any time at the cabin doing plant identification. The spruce tree does not call itself a blue spruce. A botanist has to do that. But not me. And I know thins about it which a botanist doesn't see: how the light is moving through it. What it’s like to be that true.

BFA: Stepping stones for you?

JC: Messiaen is not a major. Evan Parker, he does specific circular breathing on the soprano saxophone. You might think it sounds like a bunch of chickens squawking.  It has that density. Milton Babbitt. Post minimalist organic universe, existential with an unlimited amount of space to play in. The water colors of Jasper Johns.

BFA: Have you found other spaces which inspire?

JC:The Crypt is the first place I’ve found outside the cabin. Manhattan is releasing this  project. The pandemic was necessary because everyone has gone thru the isolation experience.  It all flipped over for me. There is more room.  People are in touch with different ways of looking at quotidian life.

BFA:  Do you have plans for the next year?

JC: I’m going to go to the cabin in December and let it all bake.