Hamlet at the Brooklyn Academy of Music

A Romp Directed by Thomas Ostenmeier 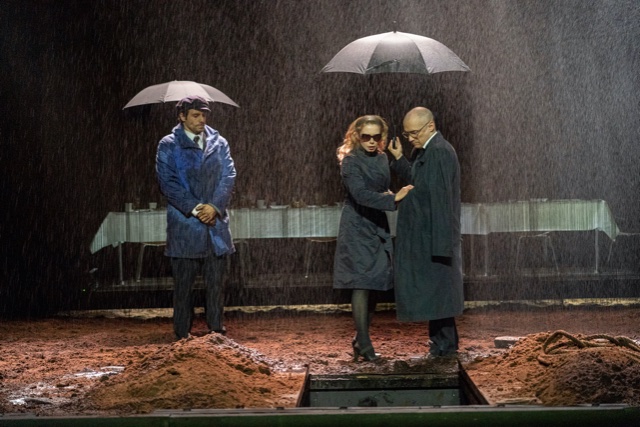 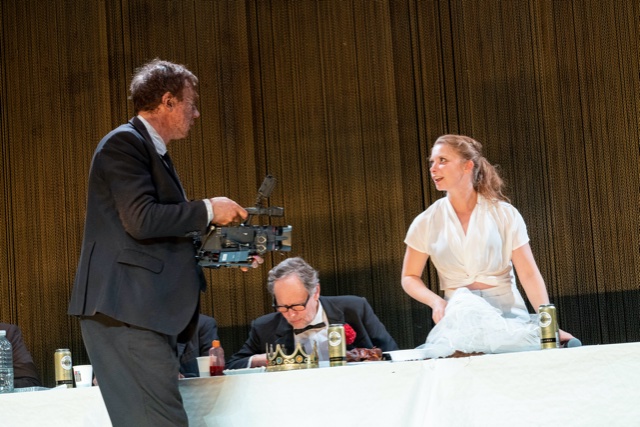 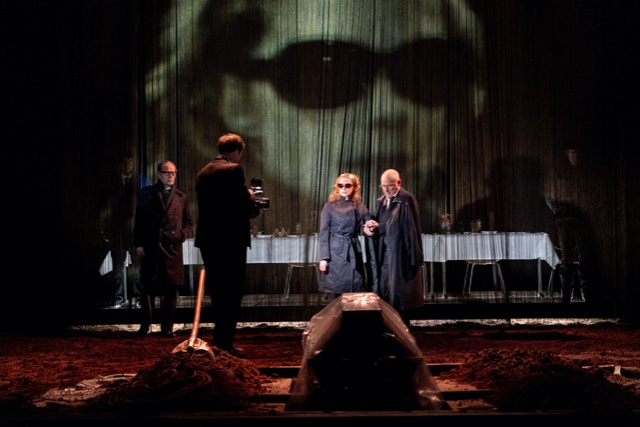 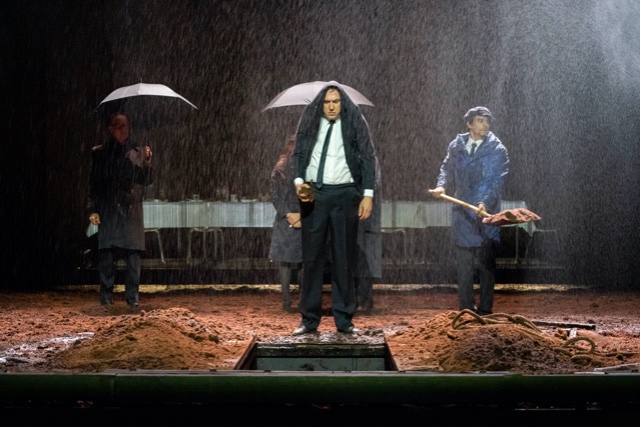 If you think spending an evening with Hamlet at the Brooklyn Academy of Music (BAM) is not your best choice for a fun experience, think again. This production is a hoot.  Pure pleasure.

Konstantin Stanislavsky, the Soviet theater director, once said that if only one play survived on earth and it was Hamlet, theater would continue. The political context of the play is omitted in most contemporary productions, including Robert Icke’s production at Park Avenue Armory starring Alex Lawther and the current Hamlet at BAM. What became clear in Lawther’s performance in June was Hamlet’s obtuseness.

Now in Thomas Ostenmeier’s production at BAM we also see the goofy idiocacy with much madness interlaced. This man could not possibly be King, even though that progression is suggested early in the play. Gertrude has to get married in order for a suitable King to reign in Denmark. You can't imagine Lars Eidinger, our BAM Hamlet, in the ruler role. (He might make himself into a measuring stick).

This production is a romp, more playful than playing with the notion of a play within a play.  Eidinger is a ferocious, physical actor who as Hamlet just doesn’t get what’s going on around him.  Leaping on the dining table top, falling full body to cover his father’s grave, jerks and perky gestures keep us busy and laughing.

The family business being worked out may be portentous, but by the time Hamlet has finished messing with it, it’s hard to take his view of what's happening seriously.  He is nuts.

Doubling of the roles of Gertrude and Ophelia is a stroke of genius and Jenny König rises to the occasion. Hamlet sees them as one. Much of the action in fact is seen through Hamlet’s eyes or his camera which is often projected on the rear of the stage dining hall on stage.

The style of this production is an homage of Samuel Beckett and Ionesco as well as circus clowns. It works. The front of the stage is covered with earth dug up for each of the graves which become necessary at the play progresses.

If you have any reservations about seeing the work in German, don’t worry. The visual story development is clear. And there are subtitles in English.

I for one would like to see BAM’s Hamlet again. What changes will the cast dream up night to night?