Save Broadway from the Grinch 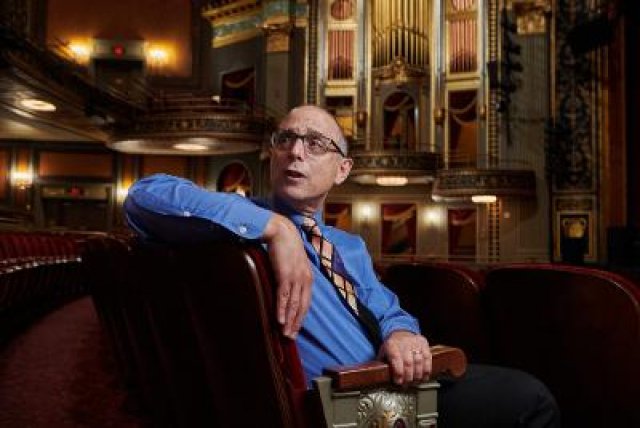 The Grinch plans to steal Broadway by kidnapping its stars. But, the good news is that you and Santa have a chance to stop him. Are you up to the task?

The above might sound like an immersive, participatory theatrical experience. However, that is not quite the case. Rather, the 24/7 online Broadway radio station, “Sounds of Broadway,” plans to launch a virtual escape room through which you can stop the Grinch before it is too late.

The escape room should be up and running by the first week of December, “Sounds of Broadway” founder, host, programmer, and personality, Stuart Brown said.

“The escape room was very entertaining, and I loved the way you worked in real Broadway facts and people into the invented scenarios,” a participant noted about one of the currently operational escape rooms.

Specifically, the two existing escape rooms are “The Phantom of the Opera,” and “Who Stole the Tonys.”

For "Who Stole the Tonys," help Angela Lansbury, aka amateur sleuth Jessica Fletcher, and her sidekicks track down the culprit for the crime of the century. For "The Phantom of the Opera," help Ralph rescue his girlfriend, Christine, from the clutches of the phantom.

In order to solve the problems presented by both escape rooms, participants must uncover clues. They do this, for instance, by working on a word scramble or a puzzle. All escape rooms remain up year-round. Brown estimated it might take participants between a half hour and 45 minutes to complete each escape room.

While he created the escape rooms and the stories behind them, Brown strove to make them challenging, but not too difficult, he said. Apparently, he achieved that goal for at least one person. That individual said it wasn’t too hard, but “just hard enough.” Further, that person characterized the escape room as “fun, entertaining, [and] engrossing at times.”

Brown regularly seeks feedback and interacts with “Sounds of Broadway” listeners. In fact, he credited those actions with the station’s success.

“I want to engage the audience,” Brown said for a previous story about the station. You can find the article at http://www.berkshirefinearts.com/11-11-2020_sounds-of-broadway.htm.

Brown also said that he responds to every message he receives through https://soundsofbroadway.com/contact.

“I will get back to everyone,” he said. “I want the listeners to know that there’s a person behind the microphone – not just someone hired to read a script.”

In addition to his personal approach, Brown attributed the station’s success to its playlist.

“We have the most diverse playlist out of any Broadway-themed radio station in the world,” he said.

In fact, the station boasts a database of about 5,000 songs from more than 650 musicals.

About 60,000 listeners a month tune in to www.soundsofbroadway.com.

Brown said that the station exposes people to new music – not just songs recently written for the stage, but numbers that are old, yet little known. Tune in to the station, and you might hear songs from 1600 Pennsylvania Avenue, a legendary 1976 Broadway flop that ran for seven performances and never boasted a cast album. So, how did the show’s music end up on soundsofbroadway.com? A listener recorded them live, and asked Brown if he could send him files of songs from the show. Brown said "yes."

A colleague at the University of Connecticut, where Brown is an administrator, introduced him to the concept of a virtual escape room. In addition, Brown learned about how they operate by watching a YouTube video. In fact, he estimated he watched it -- either in its entirety or in parts -- 50 times. He referred to the video as a “nice little cheat sheet,” which he can use while creating an escape room.

Also, Brown recruited “data testers” to use the escape rooms and give him feedback as to what works and what does not. For instance, if something confuses them, there is a chance others may feel the same way.

“I’m very grateful” for their work, Brown said. “These are people that love musical theater, they love puzzles.”

To date, more than 550 people have accessed one or both escape rooms on the station's website.

In addition to his work with www.soundsofbroadway.com and at the University of Connecticut, Brown is a theater critic and serves as the president of the Connecticut Critics Circle. Brown estimates that before the pandemic hit, he attended 60 to 70 productions a year. Among his favorite shows are Grease, An American in Paris, Come From Away, and The Producers.

But do not expect to run into Brown at a production of Grease. He said he saw the original production. It was so good that he doesn’t want a less than stellar production to ruin memories of the original.

Also, do not expect to see Brown participating in the escape rooms he created; after all, he knows the answers.