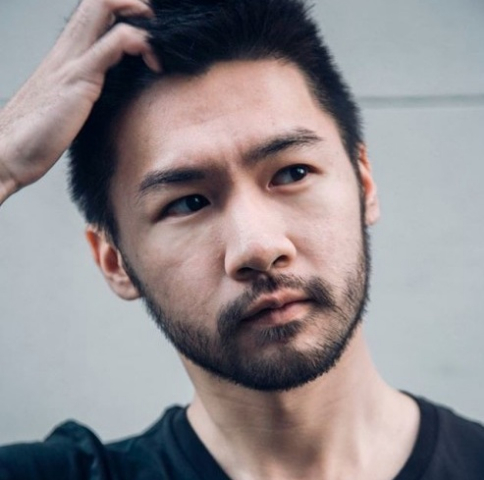 Conrad Tao may be young in years, but his old soul and keen ear for sound makes him sound like a deeply experienced artist.

His physical facility for performance adds drama to what underlies the music. Yet what underlies his work is a true presentation of the old masters he often performs on the piano. Soon it will be Bartok’s Piano Concerto.

Tao was an artist in residence with the Dallas Symphony when Japp van Zweden was making his mark in the home of the Cowboys. Van Zweden is the new music director of the New York Philharmonic. Committed to bringing in people who haven’t crossed the lintels of concert halls, Tao is sure to be prominently featured in Lincoln Center’s future. At the age of 17 he was the only classical composer/performer named to Forbes’ 30 Under 30 list.

He performs at The Crypt Sessions in upper Manhattan, a hot outpost in the cool underground space of the Church of the Intercession. He has also recorded Gordon Getty’s piano compositions for Pentatone Records.

Tao is everywhere. Tucked into the back of a stage at the Brooklyn Academy of Music, he had the nerve to portray the iconic Glenn Gould in David Lang’s opera ‘loser.’

Who is his gatekeeper? Tao seems to say yes when asked to collaborate with other gifted artists and to appear in surprising nooks and corners of the world. Surprise may be part of the charm of his performance.

Now he is at Roulette Intermedium, named after a composition of one of its founders which honored Dada and chance encounters in music. The hall seats 400 and is devoted to music, dance and intermedia.

Tao followed an extraordinary improvisation by singer Charmaine Lee with Nate Wooley on the trumpet, as the instrument was originally made and now adapted.  Tao joined Lee for a Ceremony they had created in tandem over time. There was no score, and Lee entrusted her lovely voice going through a microphone to the ministrations of Tao.

Tao approaches his electronic extensions in the same spirit he approaches the piano’s keyboard. High drama is embedded in gesture and movement. Sometimes he entangled music in his iPhone, adapted for the occasion. At others, he plucked at knobs on the equipment and caressed them. We can hear the difference a human makes in a machine.

While Ceremony may have been ‘improvised,’ it had clearly been rehearsed and shaped. From a sweet quiet to rollicking mania we were drawn along with composer and singer. In the same way we lean in with Tao to listen to a piano performance, our ear embraces the sound in Ceremony. Tao speaks about music performed as sound and not as grammar. Surely it is also music that is listened to and responded to by an artist. Instead of simply presenting sound, we hear it and that makes all the difference. This evening was an exciting prelude to the future right here in the present.