Alarum Will Sound in Video Chat 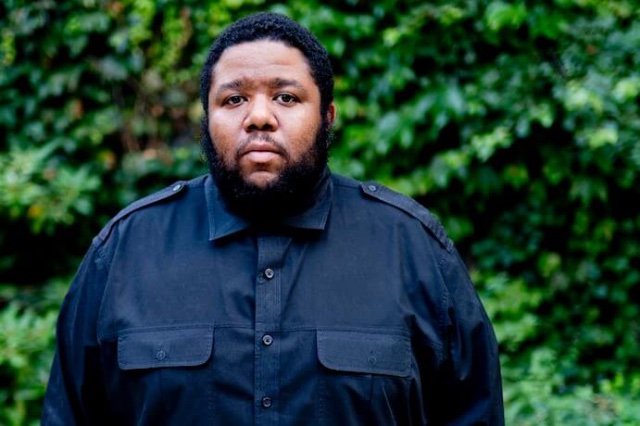 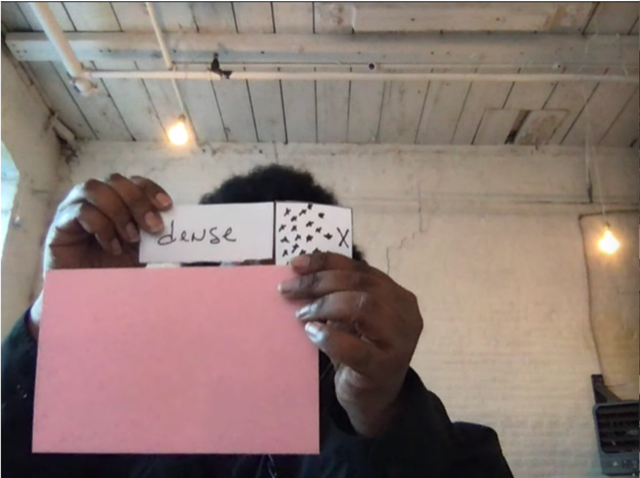 Newark, New Jersey has given us Philip Roth and LeRoi Jones among others.  Now we have Tyshawn Sorey, moved south to a studio in Philadelphia. Here he "conducions" at a triptych of computer screens on which seventeen performers have gathered to create one of Sorey’s Autoschediasm, a spontaneous composition entitled Video Chat Variations, Episode 2.

While this  form of the composition is seldom predetermined, Sorey points out that “there is nothing random or ‘free’ about what happens whenever I conduct an ensemble—in fact, I always think compositionally. Much of what I do is craft even when I spontaneously create something, no matter who I am doing it with.”

The performers must do the same and they’re also equally responsible for the result, notes Sorey.  "They have to own up to all of their contributions. This is not a work in which musicians will just get up on stage, blank their minds, and pick sounds out of thin air without any attention paid to what they are doing. At no point can one performer take this process of making music for granted.”

The listener is invited to responsibly invest.  I heard sounds emerging from a quiet cacophony becoming lovely lyrical notes in the trumpet and flute and then receding to quiet.  The origin of sounds is always clear. You do have to watch the trumpeter play with the instrument's valve caps, however.

The new piece was commissioned by Alarm Will Sound. This chamber ensemble has been described as "equal parts exuberance, nonchalance, and virtuosity.”  Their spirit suits Sorey’s "conduction" well.  Sitting before his screen, the composer/conductor moves his hands in graceful arcs, often clasping them and weaving them about. From time to time, he holds up cards to indicate the entrances and exits of instrumentalists. We can read the cards on which letters, numbers and signs are written.  Clearly the musicians have been clued in to the messages.

Best enjoyed in the instant, and intended for it, listening in quiet reflection can also intrigue. Instruction through cards exhibited to performers now on screen may be a mad notion. Yet attendance for a live creation as it is "directed" is exciting.

Sorey began in jazz clubs, and one can hear jazz's propulsive syncopated rhythms, polyphonic ensemble playing, and deliberate distortions of pitch. Always a musical polymath, Sorey has come to embrace a wider sound scape. An Autoschemiasm may be spontaneous, but its direction by one person, launching the sound of many others, is different from jazz, which lofts a melody and lets individual instruments lead, passing off one to another.

Featured in this piece are a trumpet whose mute appears to be a wooden bowl or a plunger, and also upper-registered string sounds.  The bassoon is mournful.  Flute and trombone together dance.  The double bass plucking rhythmically is classic.

Some performers are masked and socially-distanced in a group space at the University of Missouri.  Others are at home, and have chosen bright, textured backgrounds to accompany them.

Sorey's music is thick.  Yet it is quiet in character like the composer.  Sorey was somewhat put off by the lags in performance time created by the new space in which we live.  He was undeterred, however, and the performers were all composed.  Listen here.