Satyagarha by Philip Glass at BAM 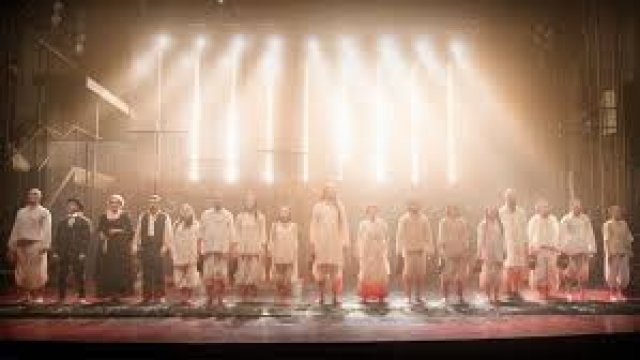 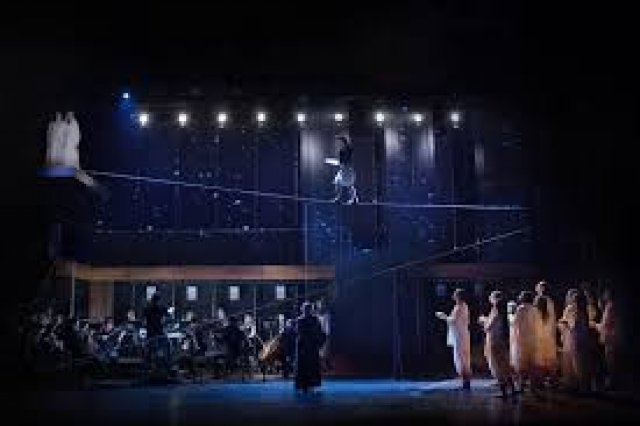 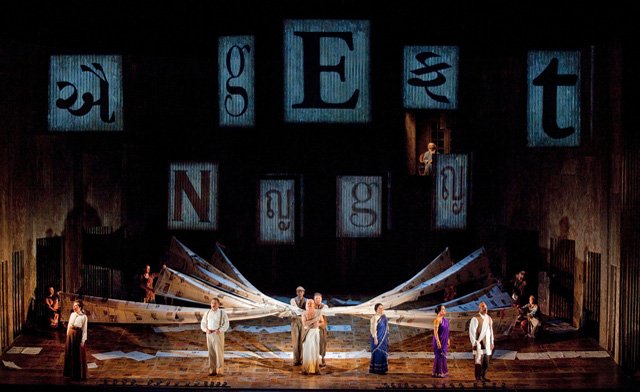 Ghandi publishes his own paper 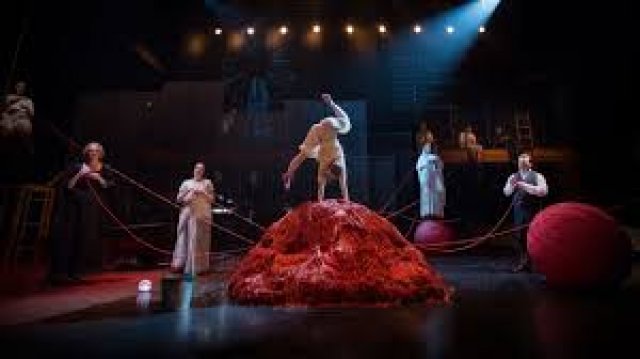 A red ball of yarn is central 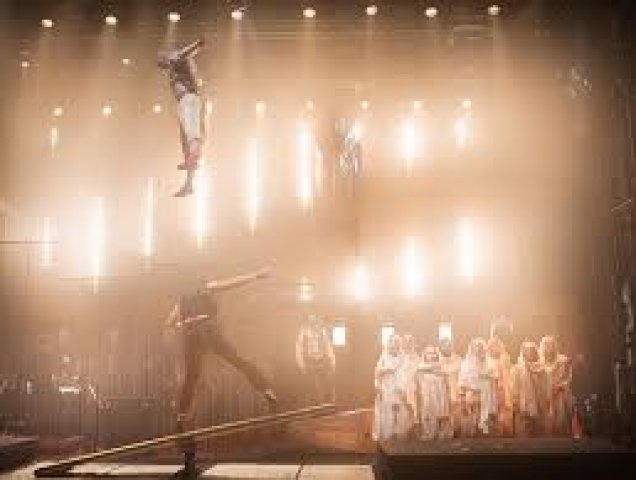 Leaping into the future in Satyagarha at BAM

The Next Wave Festival at the Brooklyn Academy of Music is presenting Philip Glass' Satyagraha at the Harvey Theater in Brooklyn.  Not every opera can be mounted by a circus troop, but the forms are complimentary.  When they meld, as they do here, it is a thrilling evening of theater. Folkoperan / Cirkus Cirkör from Sweden brings a matching visual rhythm and pace to the classical forms of Glass and extend our sense of this meditation on pacifism. A back tale from Krishna begins the opera, which is divided into three parts.  The ideas of Tolstoy, Rabindranath Tagore and Martin Luther King pervade each section, as Mahatma Ghandi sets his course in South Africa.

The chamber orchestra, conducted with sensitivity and beauty by Matthew Wood, is tucked into the rear stage right. A screen of translucent ribbons separates the players from the stage action and softens our view of them. Only strings and woodwinds are used for this opera.  Arpeggios and harmonics often use one note to lead us from one key to another.  The presence of the orchestra on stage integrates them with singers, circus folk and the audience.

At times, director Tilde Bjorchfors moves actors through the audience.  She also perches them on balconies above us.

We are surrounded by 'satyagarha,' conquered by conversion, as we move with an incessant, and yet quiet search for truth, even as some actions erupt in violence.  The hems of white robes are stained with the blood of the struggle.

Crescendos are visually accented, often by Sarah Lett, who wraps herself in silks and submits to elevation by human arms, and harbors herself in a large, hollow red ball.  Lett is a marvel of movement.  She is an insert in a ring, her legs and arms splayed as the ring circles to the arpeggiated chords.

From jugglers to acrobats the magic of circus motions punctuates and propels the story. Yet we are never taken out of our trance, meditation and entrancement.

Leif Aruhn-Solen sings Ghandi.  His voice is clear and intent convincing.  The final theme, a partial upward scale is particularly moving.  He has a much shorter double in the circus troop, whose capture by a cat's cradle of rope swinging in the air suggests the traps he awaits as leader of a movement.  Lisa Carlioth as Miss Schlessen holds forth atop stilts.  Her voice seems to come from depths far below.

The choir is crucial to a successful Satyagarha production. They have a tonal purity that exceeds the prominent flute's.

The stage is lit in warm hues, brown, orange, yellow.  Bright lights, strung vertically, flash on and off and waver to the music.  Spots seek the audience out as well as the players.  Other worldly tableaux are made up of the quotidian of life.

The success of this work leads one to think about other operas that could be extended by this technique.  Lulu is almost there at the start,  Breaking the Waves with its ominous oil derrick and dark alleys might work.  Barber of Seville?  Carmen?

This was a very special evening at the Harvey.  Glass joined the cast for curtain calls and seemed pleased indeed.