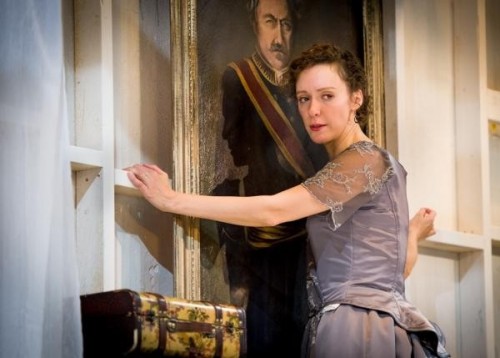 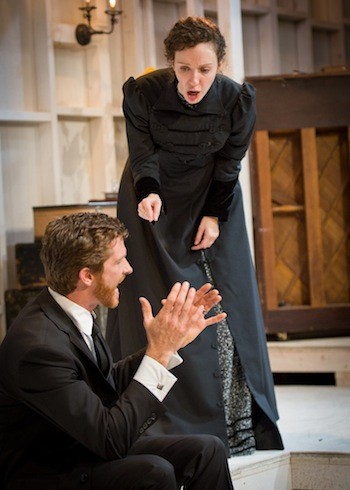 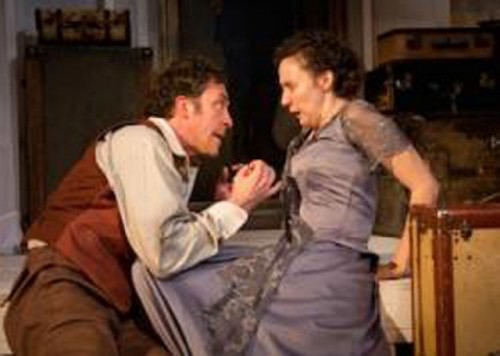 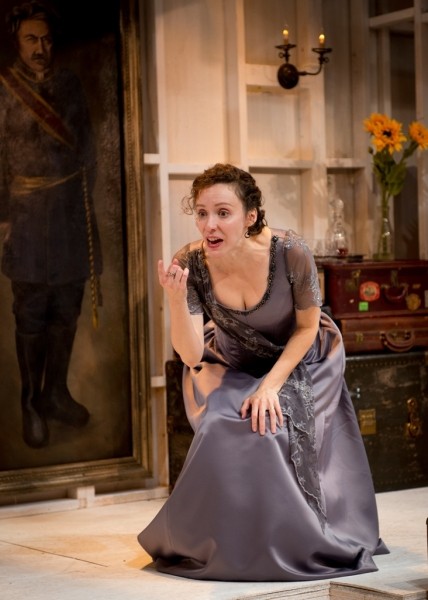 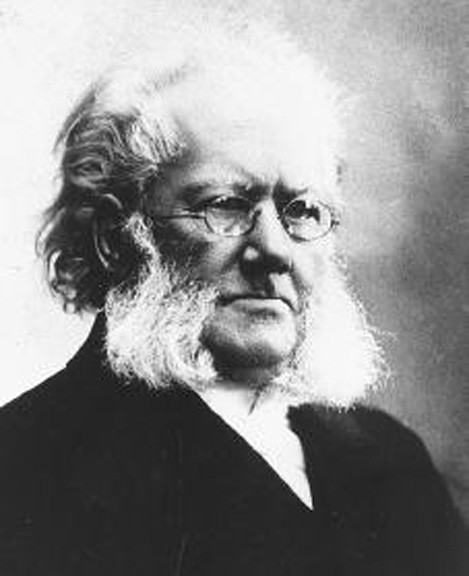 About 2 hours and 20 minutes with one intermission

Hedda Gabler a play written by Norwegian playwright Henrik Ibsen, it premiered in 1891 in Germany to mostly negative reviews, but over the subsequent decades has gained recognition as a classic of late 19th Century theatrical realism. It is a standard of world drama. Its title character, Hedda, is one of the great dramatic roles in theatre. This is a prize role for actresses. And portrayals have varied widely.

What is fascinating and at times difficult to embrace is that not only is Hedda arrogant, haughty, jealous, anti-intellectual, condescending, mean-spirited, angry and clearly neurotic, but what is her charm? Hedda Gabler is her father's daughter rather than her husband's wife. Her late father was General Gabler whose portrait is front and center in her house.

Generally, this is a drama that is provocative and a bit disturbing. In the best productions of  Ibsen's play, there is a Scandinavian angst strongly mixed with human frailties. Though still compelling and full of energy, this production is a bit odd and quirky. However, this show certainly captivates the audience.

As Tony Estrella adapted and directed this show, a lot of the blame has to go to his misconceived often random contemporary word infusion and odd misdirection. Words and phrases like "feedback" and "city planning" are modern discordant interjections not known when the play was written. Direction is heavy-handed, sit-com like. For instance, Berta (Katie Travers), the servant, is a cartoon character, cast too young and performed too broadly for the older loyal family functionary part. Travers plays it with a heightened nervous energy. Hedda's never remembering her name is just annoying.

Hedda's somewhat manic and childish husband George Tesman played by Joe Short here is a cartoon character as well. His over the top, scene chewing does not imbue the character with any seriousness or sympathy. His thin presence is a skinny performance. Jim O’Brien's Judge Brack lacks judicial gravitas and the oily sexual desire called for by the role. He is not avuncular, sage nor even sinister enough.

On the plus side, Aunt Julianna Tesman is played with a caring dignity and inner strength by Marya Lowry. Karen Carpenter well plays Thea Elvsted as a full dimensionally involved, sad but stalwert person.

The bright highlight of this Gamm Theatre production is Marianna Bassham's portrayal of the main character. Physically made to look plain, counterintuitively she is a dynamic and intriguing theatrical presence. Her Hedda is distinctively her own. Bassham inhabits the character rather than acts it. Her moral compass is broken while her true desires are strong but vaguely defined. Her secrets are as numerous as apparently are her former liaisons. When on stage, she makes us interested, transfixed.

The production is further hindered by the rather unconvincing set design as well. Like Estrella's missteps, Michael McCarty's set design is heavy while trying to be light and light while it should be heavy or meaningful. Theirs is a rather unsuccessful creative collaboration.

The set is not very 19th Century homelike evocative. Part empty gazebo, overlapping platforms and spare to the point of nonrepresentational, the set is just awkward and too white. The multileveled arrangement with its diminished but narratively significant fireplace on the extreme right is expansive without being environmentally embracing. Changing physical levels is certainly not conducive to changing narrative emotion, at least not here.

While the curtains look like they were heavily hung with shower curtain rings, the use of baggage as furniture is too abundant and heavily placed as well. We get the symbolism: baggage equals personal history, but does it have to be so all in our face pervasive? Due to the spatial arrangement and stairs, the actors clomp around instead of moving gracefully. Words are lost in the footfalls. Ibsen's thoughtfully weighty eloquent narrative should not be done with such heavy footsteps.

There is also a better measured rhythm to the start of the play and a too quickly built up ending. We see Hedda's often terrible actions and results without being made appropriately aware of her increasing desperation and final hopeless act. This is Ibsen broadly brushed on instead of finely painted with shadow and nuance.

To be fair, there is a compelling aspect to this production. It is a provocative two hours spent. The intermittent contemporary music gives a wonderful counterbalance to the theatrical mood. With quirkiness and imperfections, there is an energy and enthusiasm invigorating this distinctive Hedda Gabler.

Ibsen's Hedda is fascinating, a malevolent spider in her web. Idiosincratic and all, this Gamm Theatre production is a show that should be seen and experienced. This play asks many questions. Ibsen's greatness is the answer.