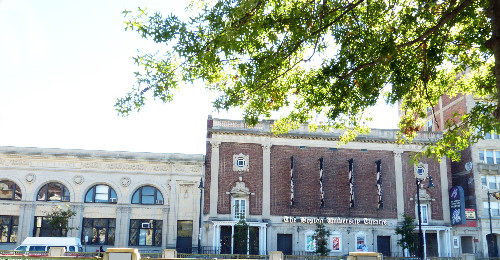 A potential development for Huntington would entail razing the building on the left to build a high rise with air rights over the landmark theatre. 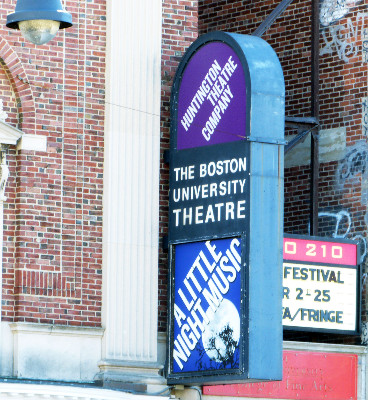 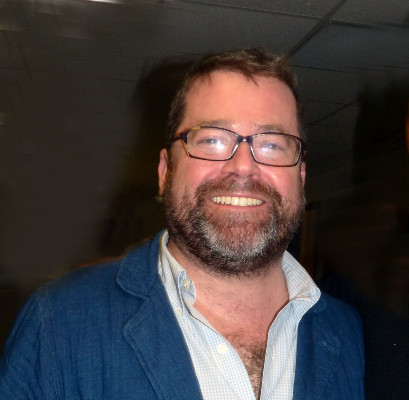 The Boston/ Cambridge theatre scene is rich and diverse but generally depends upon a superannuated infrastructure of venues well past their prime. Few if any theatres offer state of the art facilities for technically complex productions.

This fall there have been roiling media reports of seismic changes.

Boston University and The Huntington Theatre Company have announced intentions of tearing up the sheets of a decades long association. The plan is to sell the university owned property on Huntington Avenue. At the time of the announcement the company lacked resources at hand to bid for the property. Even if it did own the real estate it faces millions in potential renovation.

The other shoe that dropped was an announcement that Emerson College was shutting down and renovating for mixed use the venerable Colonial Theatre which it acquired as an addition to its theatre district campus.

Boston Lyric Opera has not been able to come to an agreement with the Citi Shubert. For the moment it is homeless. The Boston Ballet has long lacked an adequate venue.

Nobody has found an adequate use for the city owned neighborhood Strand Theatre. It is being reorganized.

Ironically, this turbulence is occurring early in the administration of Boston Mayor Marty Walsh who ran on a commitment to the arts. It is best to say that he inherited a cultural meltdown that has been years in the making.

The performing arts have sprung so many leaks, however, that it will take more than a box of Band-Aids for a quick fix.

The critical mass of the crisis, however, in its very diversity is impetus for clear thinking and long term strategies.

For every quick solution there are consequences that set off a ripple effect of further damage.

In the short term the faculty of Emerson College protested and put pressures on the board of Emerson to, at least for now, derail imminent plans to shutter or reconfigure the Colonial. But that just appears to postpone the obvious that the venue is no longer financially and technically viable.

It is a given that perhaps a billion dollars will be required to set the theatre community back on its feet and prepared for the growth and expansion that is so evident all over the city. Commuting, for example, is now a 24 hour nightmare. There are no “off peak” hours.

Keeping pace in the arts is a vibrant and vital part of a revitalized and expanding economy.

It is obvious that there needs to be massive renovation as well as development of new venues.

Working with Druker Development the Boston Center for the Arts razed an obsolete facility and created a new one as a part of a major land swap and condo expansion.

Calderwood Pavilion opened in 2004 and was the first new theatre built in Boston since the 1920s. Housing the 370-seat Virginia Wimberly Theatre (the Huntington’s second stage), the 200-seat Nancy and Edward Roberts Studio Theatre, the Carol Deane Rehearsal Hall, and Hall A, the facility has helped to reinvigorate the Boston Center for the Arts’ campus and helped turn the South End into “a new cultural hub” for the arts. From its opening in 2004 through summer 2014, the Calderwood Pavilion hosted an audience of nearly 750,000.

While Huntington Theatre Company has been given a grace period by BU it may be well beyond that before it is again on firm footing.

If it shifts its primary focus to expanded productions in the Calderwood Pavilion that is anticipated to squeeze out those other companies. A transfer and build out at the Colonial Theatre is also not looked upon as a likely option.

After a recent press conference at the Huntington we discussed the future of the company with Temple Gill, director of marketing, who identified herself as an employee of Boston University.

She was sanguine about the company which has won a Tony Award for outstanding regional theatre. Over the years it has sent a number of productions to Broadway as well as premiered the iconic plays of August Wilson.

There are individuals and groups that strongly support the company.

The primary strategy is to find a developer and partner for the property. It occupies a prime location on Huntington Avenue and Mass. Avenue diagonally across from Symphony Hall.

The plan would be to raze the building next to it which served as mixed use for the company and the theatre program of Boston University. A high-rise would be erected on that footprint with air rights construction over the existing, historic theatre.

As a part of the overall construction and renovation Gill looked forward to the day when the theatre would have an adequate lobby with more comfortable accommodations for visitors as well as a space for receptions and functions.

Of course any such project is in its early stages but the Druker partnership which resulted in Calderwood is an indicator of feasibility.

There is a report and update of these issues in the Boston Globe written by Julie Burros chief of arts and culture for the City of Boston. It indicates that the Walsh administration is aware of and working on the diverse problems.

“In the coming days, we will commission a study to be completed in a short period of time that surveys the current landscape and quantifies the needs of the performing arts. Without diminishing the pain that some in the arts community are experiencing at the moment, what we see is an opportunity to think about the needs of that sector, and start working toward some great solutions.

“Mayor Walsh’s fundamental commitment is to make Boston a municipal arts leader. As he has said many times, that means having great performing arts spaces that can be sustained over the long haul. We are already in the middle of a cultural planning process, Boston Creates that will provide us with a roadmap for getting there.”

While not blaming the Mayor for the mess he has inherited it is time to step up on lofty campaign promises and demonstrate the leadership to rescue and galvanize the performing arts community.