The Temple of Dendur is a Location Favored by the Composer 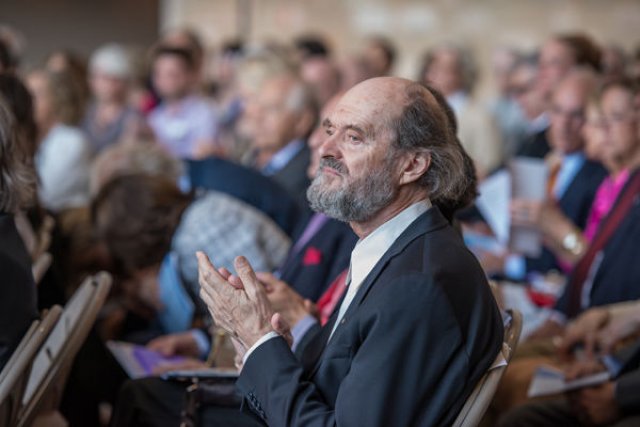 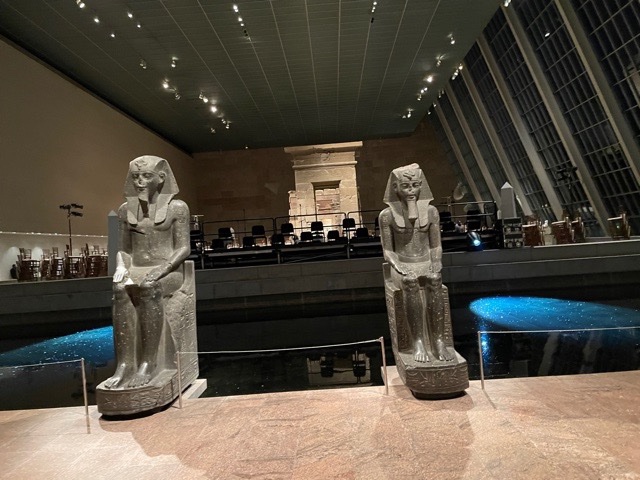 The entrance to the Temple of Dendur 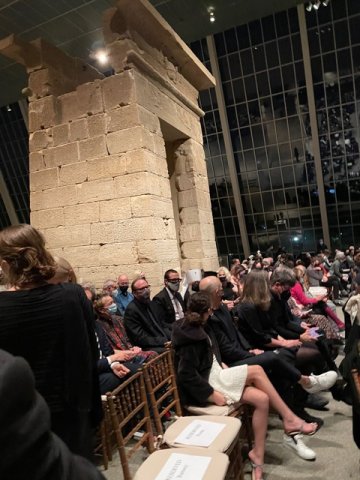 The portico entrance to the Temple of Dendur 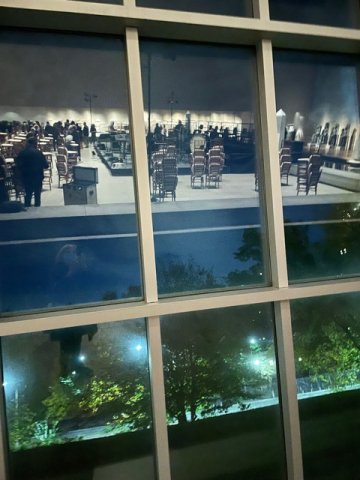 A spilled glass wall reflects the Temple, the artists and the audience

Arvo Pärt has celebrated birthdays at the Metropolitan Museum of Art. His music is often performed at the Temple of Dendur where one wall dances with reflections from a pool of water, reflections that seem to move with the beat of the music. They soothe and elevate, a mood captured by the Nile River in the temple’s original Egyptian location.

Another wall sits at about a 15 degree angle to the ground, like the cliff on which the temple originally sat. This wall is glass and diffuses reflections from the room, from nearby apartment buildings and from trees. In front of the orchestra, but behind many audience members,  are the temple’s gateway entrance and a hall of many rooms.

This dramatic and yet pure and quiet space has the feel of Pärt ’s music and its singular mysteries. His presence is here and both the instrumentalists and the audience respond. Brandon llaw, a percussionist, noted that Pärt’s work only required one chime, which tinkles at the top and booms as a bell.  One note worked its magic with the strings. Simplicity of style enriches. This was particularly clear in Cantus, a work dedicated to Benjamin Britten.  When Britten died, Pärt realized how 'pure’ his music was, and how much he had wanted to meet the composer.

O Holy Father Nicolas had its world premiere at these performances. St. Nicholas Church was completely destroyed during the terrorist attacks of September 11, 2001. The new church, opening two decades later in the immediate vicinity of the original location will serve as a National Shrine open to pilgrims from all confessions from all around the world.

Pärt has noted: “The (re)opening of St. Nicholas Church at Ground Zero, where the relics of the saints have become intermingled in the dust with the remains of the attack victims, is a special event for the whole Christian world. I am grateful that my music can be part of this occasion.”

The chorale is based on the English prayer text from the Orthodox liturgy, taken from the feast day of Saint Nicholas the Wonderworker. Pärt has used the same text before – in the third part of his choral work Triodion and in Russian in Alleluia-Tropus, a work written for vocal ensemble.

The Met Museum is especially gifted at presented live art. Recently Julia Bullock and Tyshawn Sorey on the Museum’s main steps captivated. The use of vases, some 5,000 years old, as mic-ed musical instruments was an experiment of sheer genius. Pärt concerts are just as special.