Handel, Beethoven and Strauss at the Bergen PAC 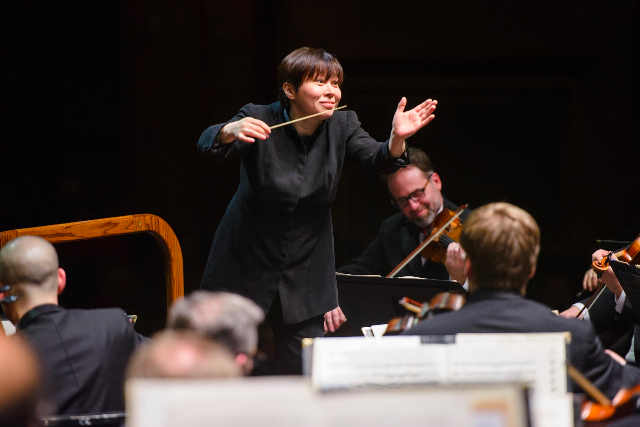 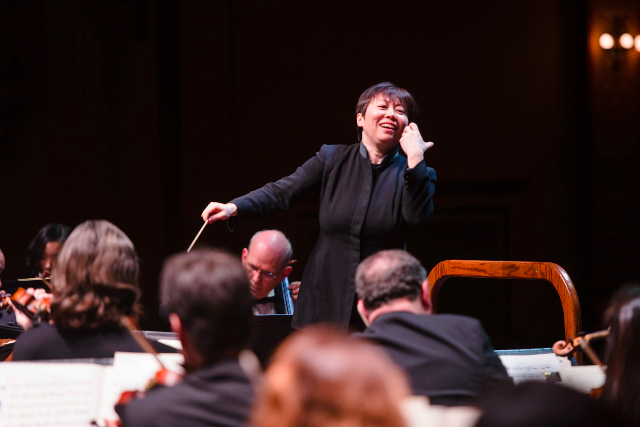 Zhang arrives with a distinguished resume,  Kurt Mazur appointed her a key assistant.  She has conducted opera in England, Wales, Norway and Italy.  She is a conductor at the BBC Symphony.  Yet New Jersey is her crown jewel.  Here is she head.  The orchestra members have embraced the Maestra's ideas and hopes for the future.

Every orchestra, even the world’s most acclaimed ones, need time and hard work to build a genuine sound, to learn how to listen to each other and to understand that every one of them is contributing to the bigger picture and sound idea. These are some of the elements that are crucial in directing the "music image". The New Jersey Symphony showed us that they are slowly building a balanced ground for future programs and performances under their new Maestra. The orchestra followed the soloists in the Trio concerto and withdrew when they were not needed, to prevent blending of the sound in solo parts. Their accompaniment held the composition pillars in numerous instrumental sequences typical of classicism.

Haydn liked his Trio so much he built it into the 102nd Symphony which opened the second part of the program.  The orchestra’s principal flutist had introduced the evening and encouraged us to listen for the trio's arrival in the symphony.  He also encouraged audience members to come up and ask questions of orchestra members who stayed on the stage during intermission.  It is striking that the Symphony performs in halls across the state and in lovely outdoor venues when weather permits.  Take the music to your audience.  Don't insist they come to you in a central place of your choice, unless the audience wants to!

Zhang is a stylish conductor, seeking out exciting dynamics in her phrasing and drawing lovely melodies that are shaped and often striking. She has dramatic beats and bends and leaps to bring the orchestra to new heights.

Women conductors are leading orchestras in Birmingham, England and of course Baltimore, Maryland.  Antonia Bricot made her mark in Denver decades ago.  Zhang promises to bring her unique perspective and also new Chinese music to her programs.  As she unfolds her ideas, watch and listen.  It should be a wonderful evolution.