Pie in the Sky on Acorn 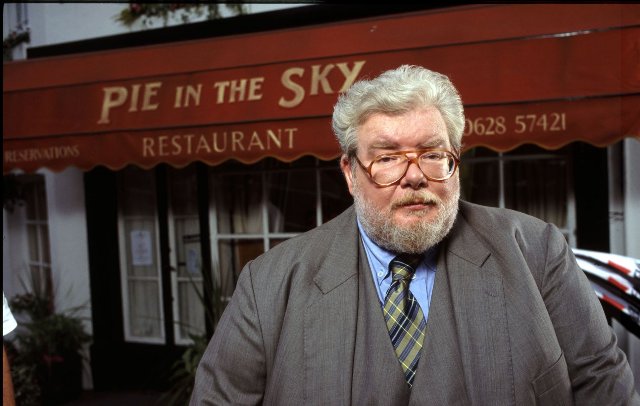 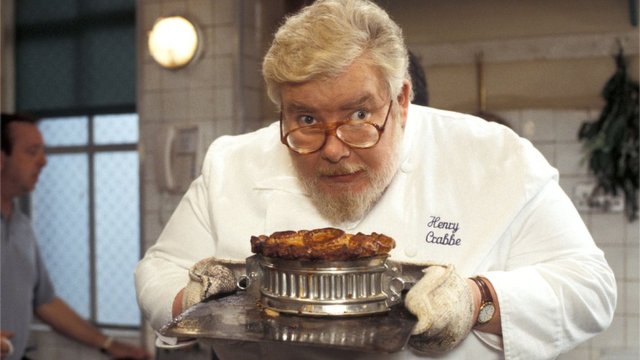 While I enjoy ultra vi that’s not the case with Astrid.

We share a taste for PBS procedurals. The BBC versions tend to front load the gory details. The violence is alluded to and a mangled corpse is discovered. From there to the morgue and forensics.

Even under the best of circumstances disturbing after images can result in restless sleep.

After such an incident the usual request is for something light and comic to settle the nerves. Given what is programmed that’s a difficult order to fill.

I am constantly on the lookout for “heart warming” material that is not utterly sappy or laugh-track, sit com like most formulaic network programs. It wasn’t that long ago when that was all we had.

Now and then we discover a gem like Pie in the Sky. It’s included with Acorn which, for a small monthly fee, is an elective available through Amazon Prime. The streaming service offers a slate of terrific British, Australian, and New Zeland programs. Overall, we have had very good luck and much enjoy their different take on things.

The pick of the litter has proven to be the quirky, eccentric and utterly divine procedural Pie in the Sky. It ran for five seasons between 1994 and 1997. We are now on season five and will greatly miss this unique series.

It stars the portly Richard Griffiths as Henry Crabbe a British detective who divides his time between solving crimes and serving as chef for his wife Margaret’s (Maggie Steed) boutique restaurant.

There is some deft juggling to keep all the balls of crime and cuisine in the air simultaneously. Needless to say there are glitches on both ends that conflate to comic conundrums.

Given his druthers Henry, who is near retirement from the force, would rather stay in the kitchen.

His boss, the officious ACC Freddy Fisher, Assistant Chief Constable of Police, Henry's boss (Malcolm Sinclair) seems to have something on Crabbe that keeps him on call. Fisher is played as an annoying twit and fool whom Crabbe suffers with a stinging combination of obedience and snarling resentment.

Fisher is the kind of generic, not that bright copper, who has reached his ceiling, aspires to more, and will constantly be passed over for promotion. So there is a stasis in the role that comports to Crabbe playing out his string before an after life as a pensioner.

The crimes and issues that Crabbe is called in on are generally less than gruesome. He has a gift for finding clues hiding in plain sight much to the chagrin of peers. These discoveries and solutions of crimes are always understated. There are pained asides as Fisher rushes to take credit through media coverage.

Every episode finds Crabbe eager to focus on the kitchen and endless culinary concoctions. Primarily diners come for his classic steak and kidney pie. There is a running gag about the lowly status of British cuisine. Which Crabbe deftly counters with a multivalent approach to working with fresh local ingredients.

These are provided by the scruffy Leon Henderson (Nick Raggett) a passionate horticulturist with a penchant for growing exotic and heirloom produce. He also doubles as a pearl diver in the kitchen.

As sous chefs Crabbe staffs reformed criminals. These become plot points that reveal Crabbe’s penchant for reform and giving a bloke a chance for an honest job. With Crabbe often called off to pursue police work these subordinates are charged with getting through a nightly service.

Over five seasons there are a lot of staff and cast turnovers. But I was particularly smitten with Samantha Janus as Nicola Dooley a waitress in seasons two through four. She added a glamorous charm to front of house.

What particularly sustains the series is the droll synergy between Mr. and Mrs. Crabbe. There are episodes that feature her in a variety of life’s delusions and follies. She is a businesswoman with no particular interest in haute cuisine. She is willing to sustain his passion as long as the small restaurant sees even a modest profit.

As befits the nature of the restaurant business Pie in the Sky is often on the brink of disaster and financial ruin. But with just enough stability to hobble along for five glorious seasons.

His working class parents were both deaf and he grew up communicating with sign language. As a child he ran away from home and was a poor student. Because he was so skinny he was treated with radiation that damaged his thyroid gland. The resultant metabolism issue had him struggle with obesity.

Convinced to go back to school he back ended into acting with brilliant results. For his performance in the stage play The History Boys, Griffiths won a Tony Award, a Laurence Olivier Award, the Drama Desk Award and the Outer Critics Circle Award. For the 2006 film adaptation, Griffiths was nominated for the BAFTA Award for Best Actor in a Leading Role.

He played Vernon Dursley in the Harry Potter films (2001-2010) and Great Uncle Matthew Brown "Gum" in the BBC film Ballet Shoes (2007). Overall he enjoyed a remarkable career on stage and screen.

Following complications of heart surgery he died at 65 in 2013.