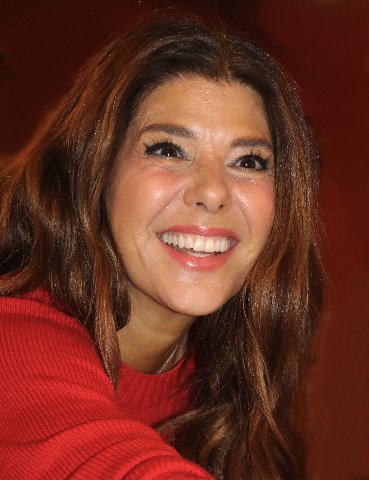 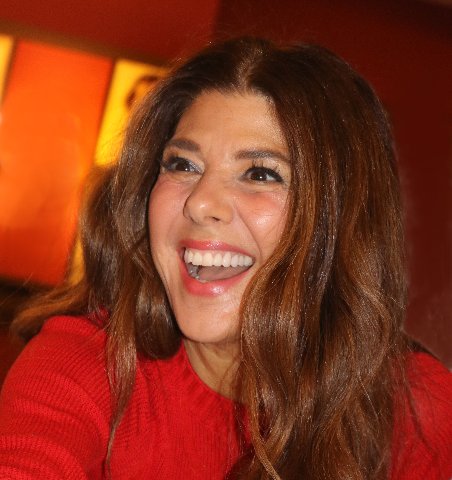 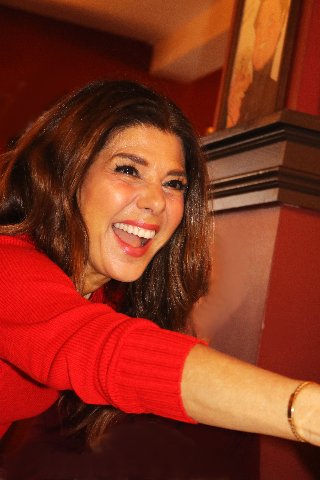 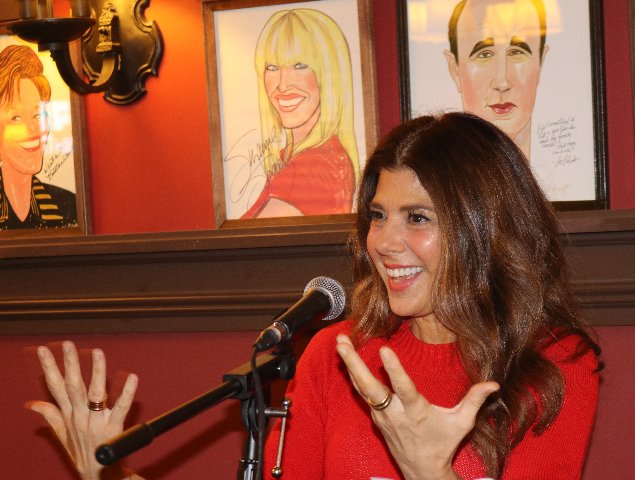 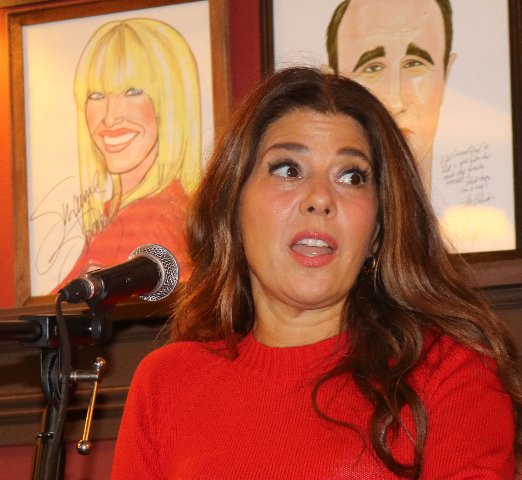 Did you really ask that? 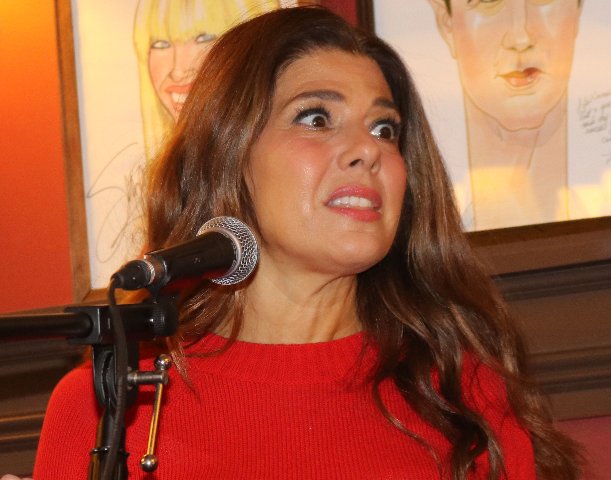 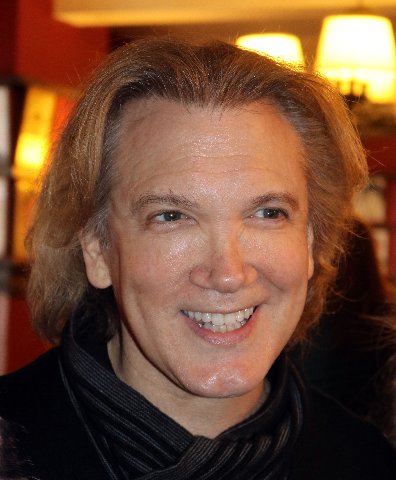 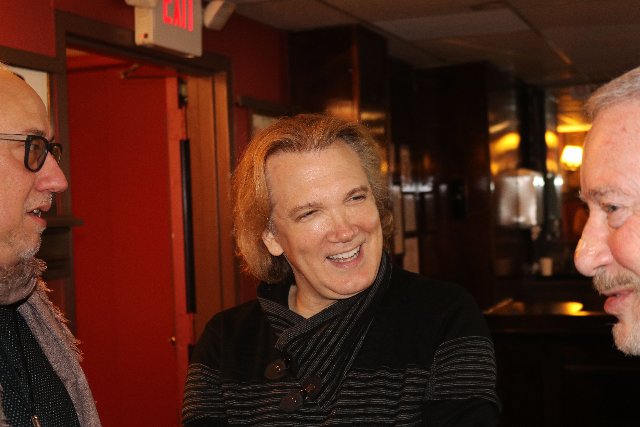 Having a laugh with Lowry and Abarbanel. 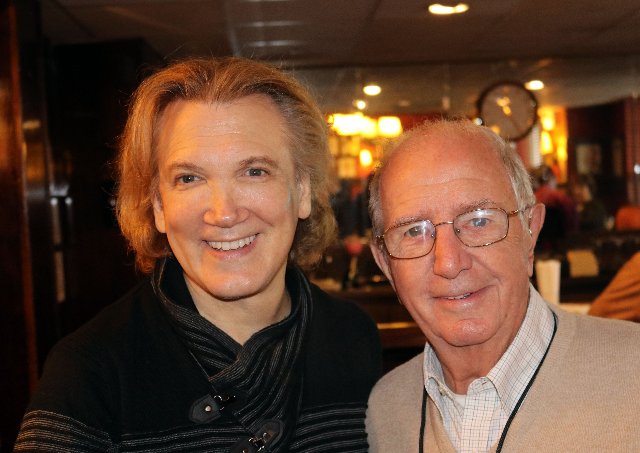 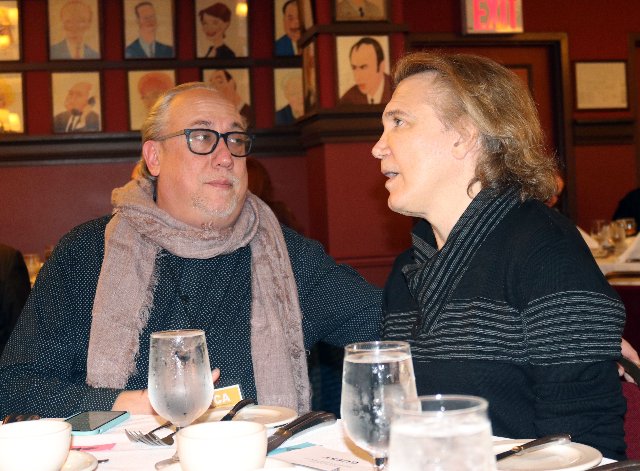 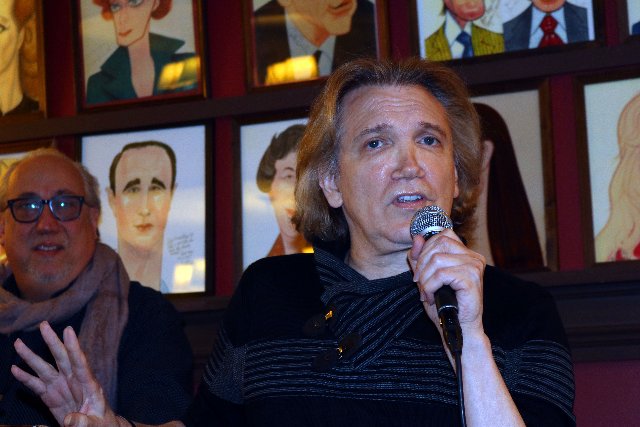 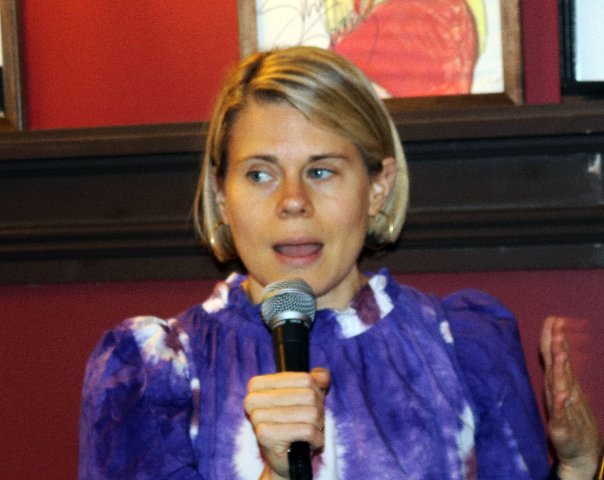 Celia Keenan-Bolger of To Kill a Mockingbird. 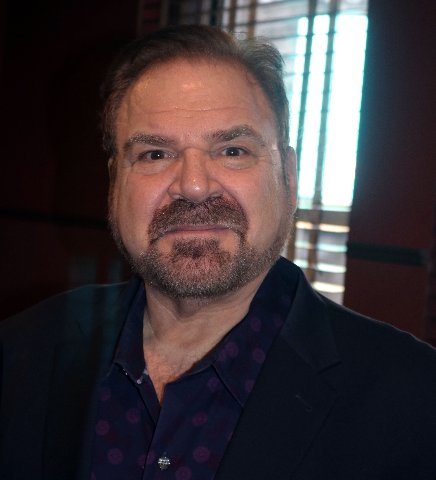 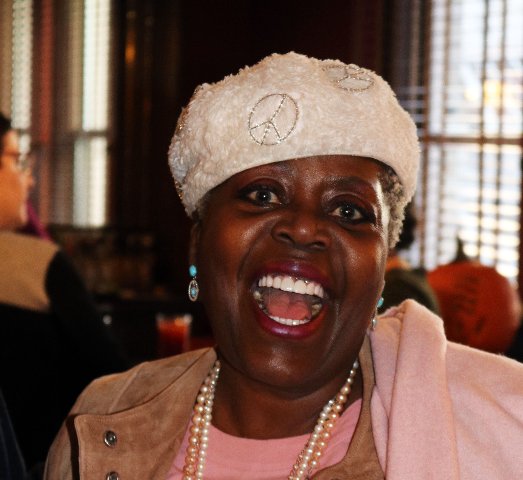 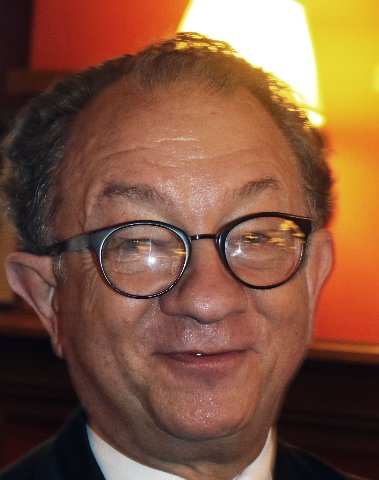 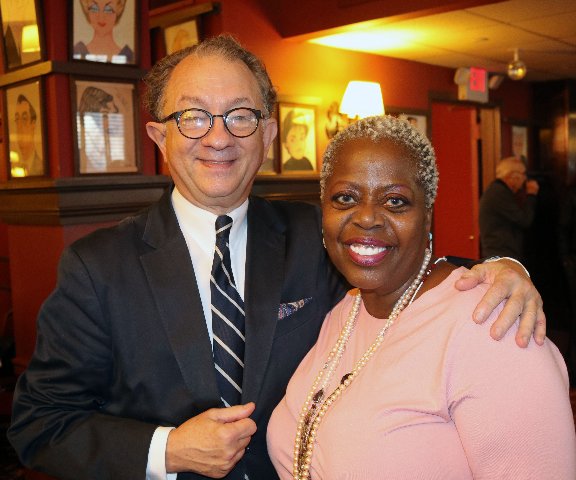 Long and White at Sardi's. 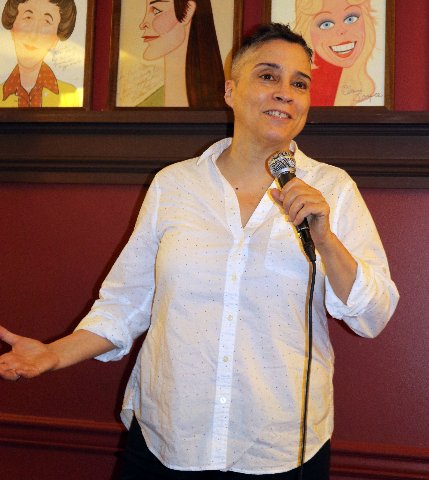 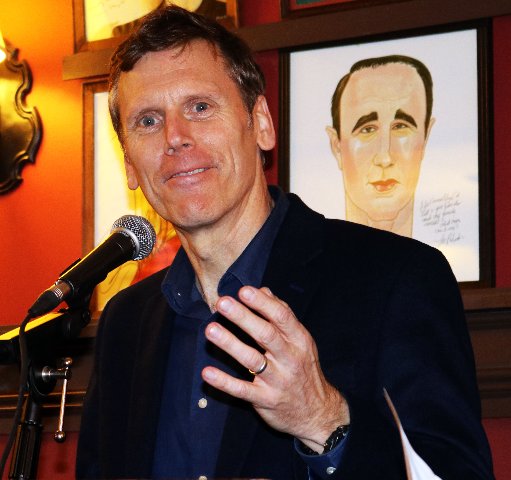 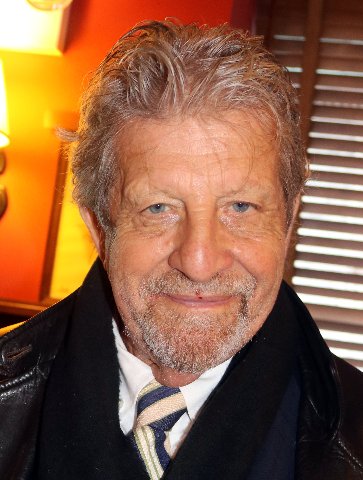 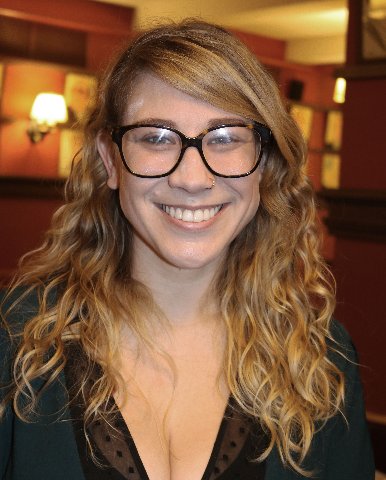 Raphaela Rose Primus flew in from her home in Israel. 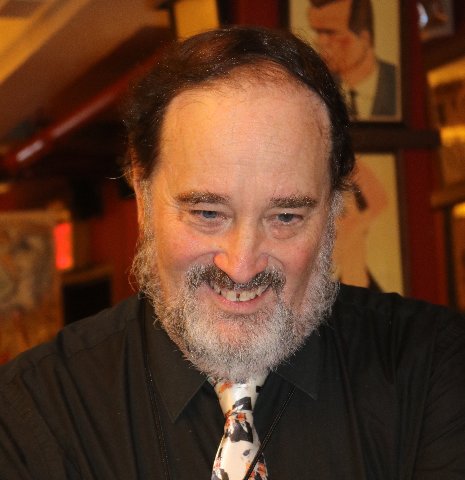 Bill Hirschman is former board president. 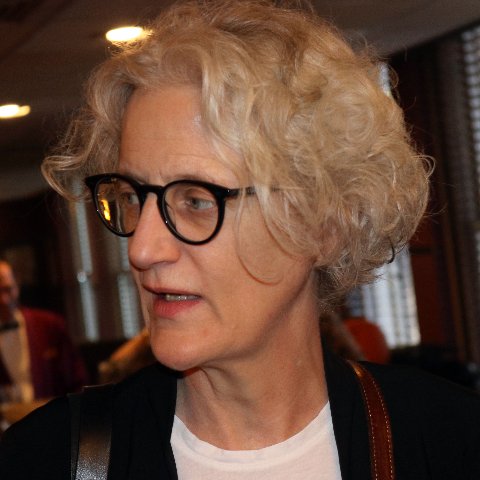 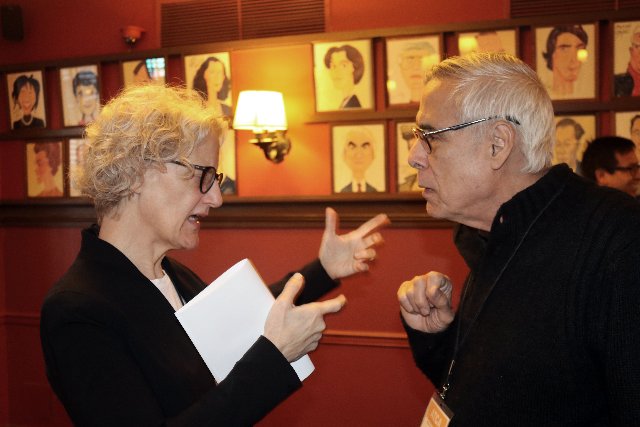 Martha has a word with Fast Eddy. 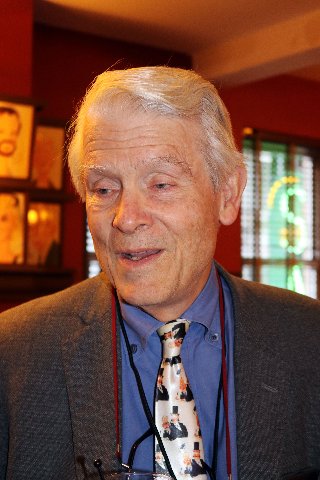 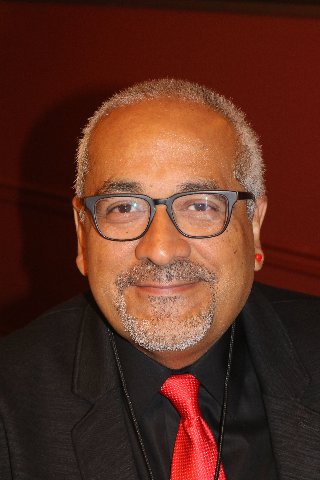 For several years there has been an annual New York meeting of American Theatre Critics Association. It grew in richness and intensity under the dual leadership of the late dean of Broadway, Ira Bilowit, and cabaret godmother of soul, Sherry Eaker.

We missed Eaker’s stunning Sunday morning musical and cabaret sessions at the club Don’t Tell Mama. There was less pizzazz and zippity doo dah to lunch with the stars at Sardi’s. Ira was known for his cattle prod zaps keeping presenters from making long winded speeches. Under his tutelage I recall being instructed to just ask a question and let the star answer.

You felt that Bilowit and Eaker knew everyone on Broadway and could pull favors. It was usual to see Broadway celebrities, not invited to the podium, mingling with guests. That meant a fun guessing game as to who was who in the room.

To be sure there were megawatts emanating from Oscar winner Marisa Tomei. She is currently on Broadway with Rose Tattoo a production that originated at Williamstown Theatre Festival. She slipped in late when everyone was seated and left early.

While game for the special occasion she seemed perplexed by questions from the presenter. Particularly when pressed. We learned about her Italian American heritage and a trip to Sicily to get into character for the play.

Given his gonzo roles and outrageous farces one expected the infamous Charles Busch to be over the top. He was anything but hanging out and chatting with all who approached. He sat at our table and dished good dirt. At the podium he was fun and charming. He told an odd tale of  making a career in show biz by writing him/herself into plays. That started early when he got fed up with being passed over in casting calls.

A regular feature of past NY conferences were panels that presented plays in progress of making Broadway premieres. Last year we learned about the puppetry of building King Kong. In 2017 we met the creative team for the Tony winning musical The Band’s Visit. Katrina Lenk, John Cariani and Ari’el Stachel joined us at Sardi’s. In 2016 it was Dear Evan Hansen.

No new play was featured this time though Slave Play would have been an obvious choice although it is not a musical. Other than the occasional crack of a whip.

This year’s Sardi’s list had its share of Tony, Obie and other award winners. They included: actress Celia Keenan-Bolger of To Kill a Mocking Bird. Lilias White is a Tony winner and cabaret artist. Costume designer William Ivey Long was nominated for 15 Tony awards and took home six.

Marga Gomez got her start in the gay comedy clubs of San Francisco in the mid-1980s, including the Valencia Rose Cabaret founded by Ron Lanza and Hank Wilson.

Will Eno was a Pulitzer finalist for Thom Paine.  His play The Realistic Joneses  received a Drama Desk Special Award and was named Best Play on Broadway by USA Today, and best American play of 2014 by The Guardian.

Gerard Alessandrini created the award-winning parody revue Forbidden Broadway. He told us of being nervous when Lin Manuel Miranda came to see an update. Instead of a cussing out there were priceless comps to Hamilton. He humorously told of being tempted to sell them to pay for a trip to Brazil. He has won Tony, Obie and Drama Desk Awards.

Members of the Primus family attended the event. The $10,000 Francesca Primus Prize was presented to Leah Nanako Winkler for her play Two Mile Hollow. (The Primus Prize is sponsored by the Francesca Ronnie Primus Foundation and administered by ATCA.)

It was after one when the event wound down. A number of critics scrambled to get to matinees. We left a trail of stardust sprinkled along Broadway.