By 2015 Pop Songwriter of the Year Ross Golan 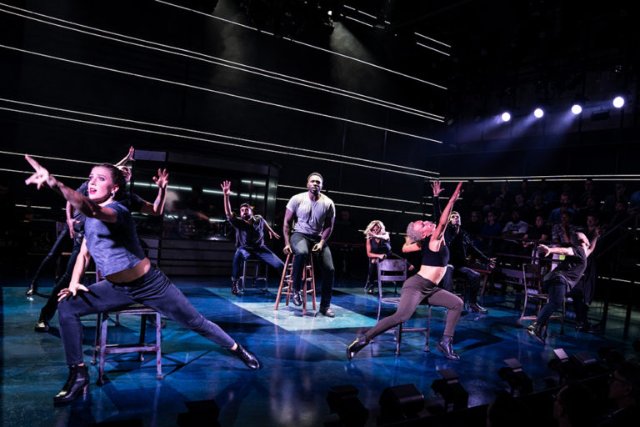 We live in a society with one of the highest crime rates in the world. Budgets and the community place pressure on police to make arrests and prosecutors to make convictions. Sometimes it seems that appearances take precedence over justice. Unfortunately, our country suffers many forms of prejudice, and the victims of swift but inaccurate judicial adjudication are far more often people of color. They may be subject to unintended misidentification, but sometimes they may be cynically victimized by callous “eye witnesses” or legal officials who want to make someone suffer, even if it not the perpetrator.

Several years ago, 2015 Pop Songwriter of the Year Ross Golan, who has written for Ariana Grande, Maroon 5, Michael Bublé, and many more, developed a concept album called The Wrong Man, that deals with this issue. The project morphed into a one-man theatrical show that won Ovation Awards in Los Angeles. Now, a compelling, fully-formed, dark, rock opera appears. Uniquely telling the story in song and dance with high quality production values, it will particularly appeal to the morally concerned theater goer who welcomes dark experiences. Interestingly, the seed of the plotline coincides with a story of the same name by Maxwell Anderson, which was produced as a 1956 movie directed by Alfred Hitchcock and starring Henry Fonda.

Duran lives in Reno. A decent guy, he butts heads with advancement in the workplace.  He seeks solace in physical intimacy and hopes for greener pastures. As a consequence of a misguided affair with Mariana, played by the thrilling Ciara Renée, he becomes implicated and arrested for two murders that he did not commit. And in a nod to Black Lives Matter, he is a black man who suffers the short-circuit of perfunctory justice.

Emphasizing the harshness of Duran’s prospects, The Wrong Man plays out on a bare, mostly dim-lit stage with accent strip lighting on the surrounding walls.  Occasional chairs and benches constitute the staging. The nine singer/dancer/actors are dressed in various dark, somber shades, accentuating Duran’s bleakness. The strong score with a constant throbbing beat, borrows from pop, soul, hip-hop, and folk idioms, and is performed in sung-through opera fashion.

Joshua Henry portrays the lead in a tour de force performance of muscular grit. The demands on the performer are exhausting as he dominates the stage with solo songs and duets of deep emotion demanding powerful vocalizations. We witness his internal processes as he deals with his anguish, and we see the persecution with religious symbolism.  The most disquieting highlights come with his arrest when he beseeches the police with “You Got the Wrong Man” and his plaintiff a capella accompanied by ominous drumming – “I Don’t Want To Be On Trial.”

Ryan Vasquez plays Duran’s nemesis, The Man in Black, with the gleeful sneer of an avenging villain. He looms as the picture of a manipulating character revealed in his cynical “I Like It.”

Much of the physical dynamism of the show derives from well-choreographed, if sometimes intrusive, dance numbers. Particular recognition goes to lead dancer, Tilly Evans-Krueger.  It’s hard to take your eyes off her. Her writhing movement along with her angular and twisting lines exude power and emotion befitting the nature of the play.