King of Stage, a Documentary 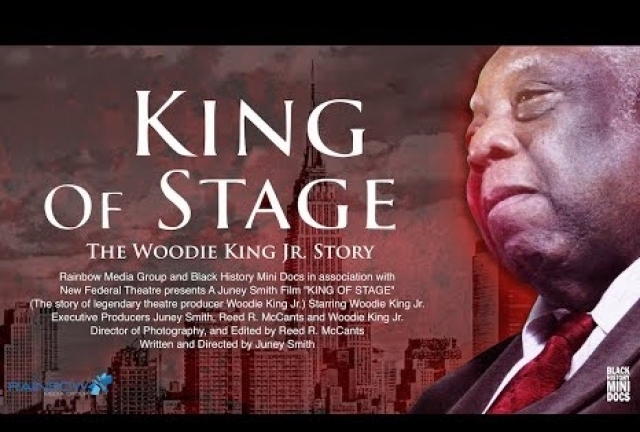 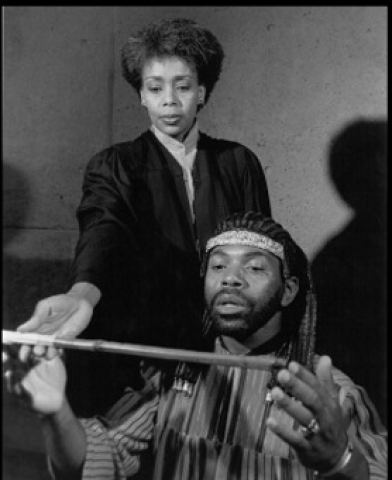 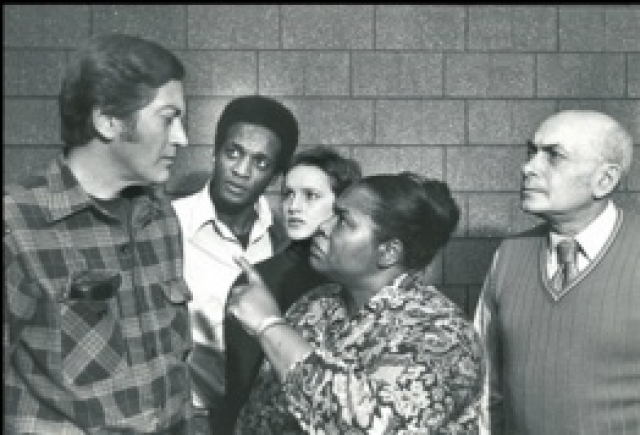 Trouble in the Mind photo by Bert Andrews 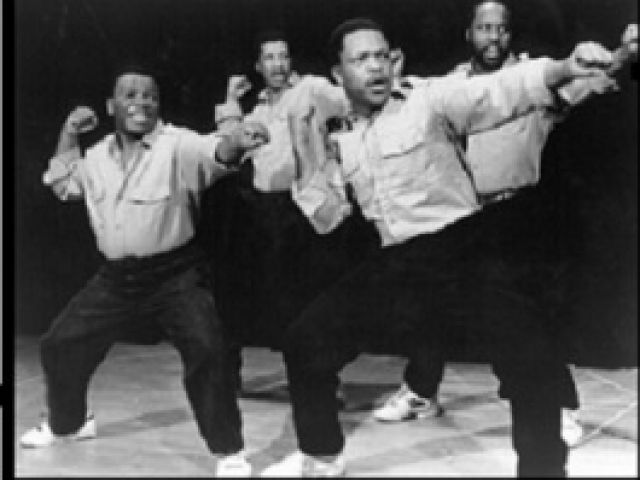 The silhouette profile of Woodie King, Jr. which often shows up in the new documentary in which his life spins out, makes him look like Alfred Hitchcock. In King of Stage by filmmaker Juney Smith, we come to see that he is at least as good a picker of stories as the mystery master. Ever modest, he does not tell us about this and his cornucopia of talents as he discusses his life.

Born in Alabama where his father was a truck driver, King’s early years were spent in the library reading anything he could put his hands on. Yet he looked forward to invitations from his Dad to get aboard the big truck to join him for a trip. King is about deep intellectual curiosity and an appetite for adventure.

When his parents split up, King moved with his mother to Detroit. King loved his new step father and wanted to change his name. His mother discouraged him, and so he remains to this day, Woodie King, Jr.

Now we have a chance to hear King tell his own story, which is full of surprises and a testament sadly to the enduring impact of race in this country.

King's passion for his people and their stories has driven him.   He has always been willing to put his own neck on the block. Early on he made a deal with Joe Papp of the Public Theater. He would put on a play at the Harry de Jur Playhouse, and Papp would pay him $30,000 if he decided to transfer it to off Broadway and sometimes Broadway. Play after play was launched under the terms of this deal

For Colored Girls Who May Have Considered Suicide may be the most famous. The list of shows he put on at the Henry Street Abrons Center is long. We saw Christopher Columbus by Nikos Kazantzakis and directed by Lloyd Richards.

When Kazantzakis wrote this play, his view of Columbus was regarded as heretical, although it is now known that the explorer was not quite the hero once taught in school. The Columbus of the play is a mystical religious fanatic who had lustful fantasies about Queen Isabella and who was not above murdering a navigator to steal his charts of the Atlantic Ocean. He was driven solely by dreams of wealth and glory, and  expected to find an earthly paradise at the end of his voyage -- gates of gold and pillars of pearl. Instead, he found the Bahamas. And King found this marvelous play. King has a talent for selecting bold dramas.

What is missing from the documentary is King's singular ability to direct. When he brings together his talent for selecting talent (Samuel L. Jackson, Morgan Freeman, Debbie Allen, Gloria Foster, Linda Hopkins, James Earl Jones, Sidney Poitier, Roxie Roker, Cicely Tyson, and Billy Dee Williams among others), to shape a play and produce it, his ability as a director is monumental. Perhaps because he is modest, or  because he is always willing to give others a chance, we don’t hear much about this major part of his life in the documentary.

King directed an extraordinary production of Robert Lowell’s Benito Cereno. Focused on Captain Delano (Arthur Bartow), a Yankee who is at once obtuse and brave, King directed Bartow to play an appropriately witless authority. The four principal actors were not natural, but rather moved and spoke as formal characters couched in words and tones. King also brought forth a bewitching performance from James Jorsling as Babu, often breaking the formal stature of Cereno, Delano and Perkins, and creating the confusion he needs to pull off his plan. Confusion is also in the shadow primitives cast over the supposedly civilized world. As Delano says, “What noiseless, gliding briskness” as Babu goes from clipped good cheer to threat.

Entertainments on deck are accompanied by ominous clicking of knife blades and an odd African cries. King succeeds in holding the mystery and building both threat and trance. The poisonous atmosphere is inflated throughout the performance, and finally explodes.

Is the essence of New World character a foolishness and fearlessness that somehow work, the play asks? “A man can do what he can,” says Delano, as he at last draws his pistol to handle problems. An African American woman creeps across the stage in the finale and lets out a scream which lingers on today.

In the first sentence of his setting, Amiri Baraka, then Leroi Jones, writes: "In the flying underbelly of the city." The play is of course titled Dutchman. The Dutch West and East India companies were major transporters of slaves. But there is more to 'Dutch' than this reference.

King directing tied this one act play to Richard Wagner's mythical opera by playing of Flying Dutchman as prelude to the play. Projections of the VOC slave ships blanket the stage walls as the music swells with the waves. This makes the repetition of the journey that will unfold on a New York subway all the more ominous. Wagner's Dutchman is consigned to sail forever on the seas. Baraka's Dutchman may be consigned forever to travel the New York subways, a stranger without love or satisfaction.

Dutchman continues to shock. The presumed sexual desirability of white women for black men is at the play's heart. But white women are taboo and dangerous. Ryan Jillian Kilpatrick is the sexy tart who enters the train to tempt, apple in hand, and many more in her bag. Eve never had it so good. Temptation is abundant in King’s hands.

In King's conception, the seduction of white life is what will kill the black man. Other black subway riders, three in white masks, join Lula in disposing of the Clay's body after she stabs him to death. There will be no consequences. The play ends as she offers an apple to her next victim. King is making Baraka's Lula a serial killer, because she will not stop and will not be caught.

And like Wagner's opera, black people are consigned forever to ride the subway. Never to land. Never to find a place in our America.

It is a grim picture yet to be proven untrue.

King’s work has recently been backed by the Ford Foundation. It is difficult to determine why there is not more excitement around his continuing efforts. He had a wonderful play based on Smokey Robinson songs which failed to launch.

Has black theater been successfully integrated? Do we no longer need people of color to get special support from their own? These questions are poignantly raised in the documentary, which gives us a chance to spend an hour or so with one of the greats of American theater. His identification is clear and many of the current crop of great actors, including Denzel Washington, started their careers with King. Let’s hope we hear lots more from King of Stage.