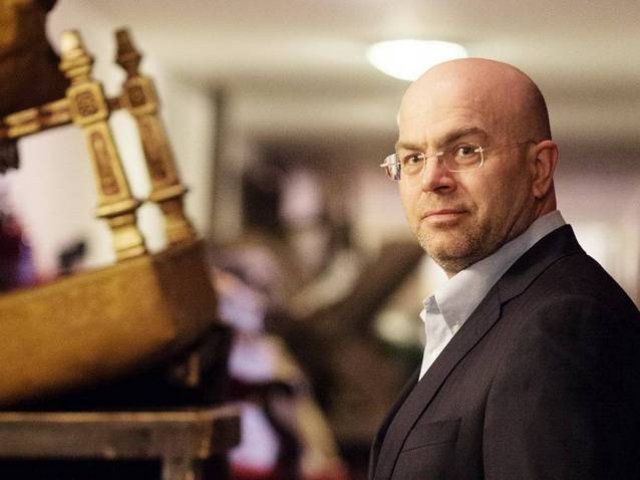 The Hungarian National Opera's arrival in New York for a two week stay has been among the more interesting events of this fall season. Unfamiliar operas, unique productions and some vocal discoveries have been made at Lincoln Center. On Monday night, the Opera's orchestra, under the leadership of music director Balász Kocsár came to Carnegie Hall for a marathon concert: its one chance to display a wide variety of orchestral wares.

Most symphony concerts follow a strict format. There's an overture, a concerto piece with a guest soloist, and a second half devoted to a symphony or perhaps a large ballet score. However, Kocsár had only one night on the famous stage, so he decided to put everything that his orchestra was capable of in front of a small but intent audience. There were nine pieces on this program, which veered from traditional Hungarian operetta to a cutting-edge concerto from a contemporary Italian composer.

The concert started with a three part memorial to Aldo Finzi, the Italian Jewish composer who died in Italy in 1945. (He is not to be confused with the contemporary British composer Gerald Finzi.) He went from being one of the most important musical voices in that country in the 1930s to a forgotten abd broken man. He died of a heart attack in 1945. The tone poems Interludio and L'Infinito proved to be a series of weighty and highly chromatic tone poems in the musical idiom of his day, borrowing elements like the Tristan chord and the lyricism and long, winding melodic lines that are characteristic of Richard Strauss.

These were followed by the varied (but still chromatic) writing of Numquam, described by the composer as a Sinfonia romanza. Hearing the music swell from the stage, one wondered at the senseless losses inflicted on the art world by the rise of Fascist power. Kocsár was intent too in his advocacy for this unusual composer, who like other late Italian Romantics in the Mussolini era are worth exploring in greater depth. The orchestra responded to his commands with smooth alacrity, drawing a series of explosive climaxes at the end of the work, again laced with that familiar Wagner chord.

The first half concluded with a challenging three-movement Violin Concerto by another Italian composer: Fabio Vacchi. Soloist Nagao Haruka navigated the icy twelve-tone waters of the first movement with a dry and astringent tone that suited the cerebral nature of the music. A slow movement gave the orchestra room to expand underneath her solo line, and difficult cadenza passages showed the skill in her small fingers. A propulsive finale offered a final set of challenges for solo and orchestra. The composer appeared briefly afterward, shaking hands with conductor and soloist.

Then it was celebrity conductor time, as Kocsár vacated his podium to Placido Domingo. Mr. Domingo's conducting style was well suited to the simple beat of Berlioz' Radcoszky March from The Damnation of Faust, with important cues being given by the eyes and bow of the first violin. Then, the orchestra and famous former tenor were joined by soprano Andrea Rost for two light opera numbers. She had trouble fighting over the wave of sound whipped up by Domingo in an aria from Emmerich Kálmán's Die Csárdásfürstin. Soprano and orchestra fared better with Léhar's "Vilja" from The Merry Widow, which brought some warmth to the hall.

All seemed relieved by the return of Kocsár, especially as the concert ended with two difficult pieces. Ernst von Dohnányi's Symphonic Minutes brought a kaleidoscope of tonal colors to the ear. It was followed by the savage suite from Béla Bartók's The Miraculous Mandarin, with its brutal account of thuggery, crime and a Chinese brothel customer who refuses to stay dead. This provided much opportunity for the Hungarian brass to show their quality, particularly the trombones and tuba in the treacherous glissando passages. (Reprinted by permission of Superconductor.)