An Opera by Wayne Shorter and esperanza spalding 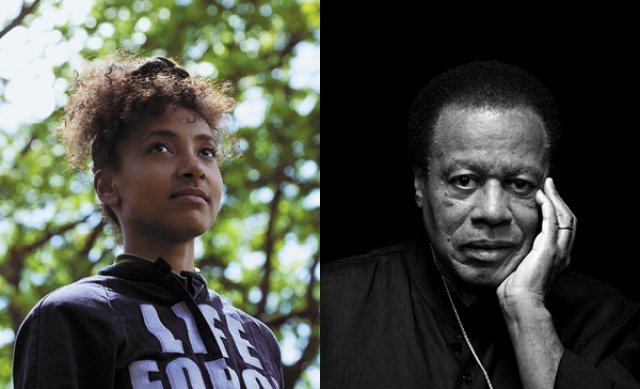 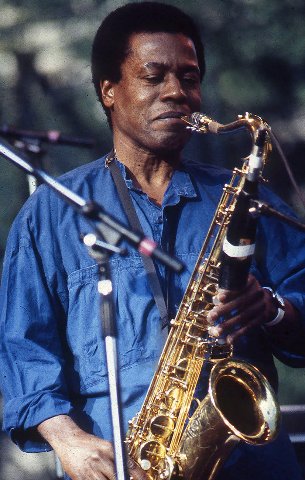 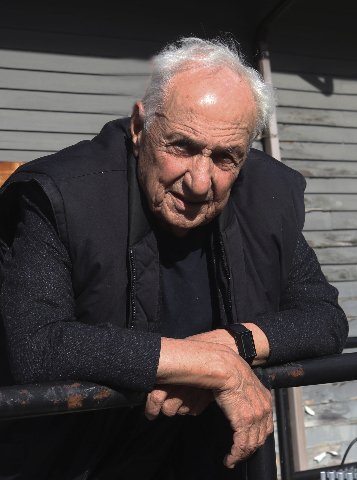 Now 88 and in failing health, Iphigenia an opera by Wayne Shorter, in collaboration with esperanza spalding is the realization of vision and ambition culminating a staggering career and musical legacy.

The project that spanned eight years, and intensively during the daunting Covid-19 epidemic, was a cross-generational collaboration of renowned artists. Shorter is regarded as one of the foremost tenor sax performers and composers of his generation while spalding is a “genius” bass player and composer advancing the genre of black music to the next level.

She took a year-long leave from Harvard to write the libretto, working with Shorter and the creative team. They lived together in Frank Gehry’s house, an early design, in Santa Monica. Gehry, now 91, a friend of Shorter created the stunning set design which is revealed in act three.

Initially commissioned by Opera Philadelphia, that proved to be too limiting. The music juxtaposes Shorter’s long standing quartet (Danilo Perez piano, John Patitucci bass, and Brian Blade drums) with the Albany Symphony Orchestra conducted by Clark Rundell, another long time collaborator with Shorter. On the Saturday night performance we attended the drummer was Jeff “Tain” Watts.

The Greek tragedy Iphigenia in Aulis was the last work of Euripides written between 408 and 406 BC the year of his death. It won first place at the City Dionysia in Athens. In addition to a chorus of women of Chalcis it comprised the characters Agamemnon, Old Servant, Menelaus, First Messenger, Clytemnestra, Iphigenia, Achilles and Second Messenger.

The Trojan prince Paris abducted Helen, the wife of Menelaus, who sought vengeance through his brother Agamemnon. To insult one Greek is an offense to the honor and manhood of all Greeks. A thousand ships have gathered on the shore near Mycenae the home of king Agamemnon, his wife Clytemnestra, and their daughter Iphigenia.

Over an unruly and blood thirsty mob of warriors Agamemnon had weak control as the nominal king among kings. His authority was challenged at every level. While just a figure head leader of the Greeks, the hero Achilles held out from combat when Agamemnon claimed an unequal or king’s share of the spoils. Euripides brilliantly revealed his weakness and vacillation. So much so, that he was willing to sacrifice his daughter to appease Artemis and maintain control over the army of Greeks.

To continue their debauchery and feasting men have hunted and killed deer sacred to Artemis. She demands sacrifice and has the power to calm  wind required for the ships to sail. As the delay continues the men grow every more restless and rebellious.

Clytemnestra curses her husband. Why should her virgin daughter be sacrificed to allow vengeance for that whore Helen? The hero Achilles takes her side but Menelaos and the drunken men demand her sacrifice. There are dire consequences if she is spared. It is likely that the warriors will slaughter Agamemnon’s family, loot the city, and abandon the war. That would disgrace the honor of all Greeks.

As we waited for the performance an “Usher” (Brenda Pressley) circulated in the audience. She asked rhetorical questions stopping at me. “Do you know the play Iphigenia?” she asked. I responded in the affirmative. “This is going to be different. You’ll see. You’ll like it” she said moving on. She later morphed into a one-person chorus as the drama unfolded.

What we saw was indeed different. In the Euripides play there is the central conflict between Clytemnestra and Agamemnon. That established the circumstances of how she murdered him shortly after his return ten years later. Which triggered vengeance for his father’s death by their son Orestes. Greek tragedies convey cycles of action and reaction spanning generations. Artemis spared Iphigenia and her next phase is conveyed in Iphigenia in Tauris.

In this opera, there is no Clytemnestra nor the hero Achilles as the moral compass of Greek manhood.

This version of Iphigenia is all about her. So much so, that the character has been deconstructed into five embodiments performed by spalding, Joanna Lynn-Jacobs, Sharmay Musacchio, Nivi Ravi, and Alexandra Smither.

The production at MASS MoCA was presented as an “open rehearsal and work in progress.” After North Adams, the opera debuts at ArtsEmerson in Boston (November 12 and 13) before performances at the John F. Kennedy Center for the Performing Arts in Washington, D.C., in December, before moving on to California for shows in February in Berkeley and at The Broad Stage in Los Angeles.

It is fair to say that what we saw is not a finished work but one may only speculate what notes and changes will occur.

Those who came anticipating a “jazz opera” were no doubt surprised. The jazz quartet (minus Shorter) was there as an anchor but the advanced composition was complex and expansive.

The New York Times reported that “(Clark) Rundell has been working with Shorter for close to a decade, and he peppered his instructions with awe-struck asides about how marvelously ‘Wayne’ all these shifting harmonies were. At this stage in Shorter’s career, he often changes chords and even entire keys on virtually every beat — and this music was no exception.

“Uncomfortable is a given, but if it gets too uncomfortable let me know,’ Rundell said jokingly, making it clear he was willing to bargain with the vocalists on questions of tempo and dynamics. Shorter’s handwritten scores are done in painstaking detail, but they generally don’t prescribe the speed or volume at which the music is to be played. ‘It’s really much more like playing Handel and Purcell, music that was written with no dynamics, in which you need to use your own taste and judgment,’ Rundell said in an interview.”

This development should come as no surprise to anyone familiar with Shorter’s early work with Art Blakey’s Jazz Messengers and an iconic period of change and development with Miles Davis. It was a time in the early 1970s when Larry Coryell, Miles Davis (Bitches Brew) Chick Corea’s Return to Forever and John McLaughlin’s Mahavishnu Orchestra were creating the fusion movement which featured the ostinato form and electronic instrumentation.

As a music critic for the daily Boston Herald Traveler, I spent an afternoon in a motel room with the newly formed band Weather Report. It was founded (and initially co-led) by Austrian keyboard player Joe Zawinul, Shorter and Czech bassist Miroslav Vitouš. I recall them telling me that they took turns as soloists and discussed where they were taking the experimental music. I would later see Shorter fronting his own groups. In 1974 he released Native Dancer billed as a solo album, but in fact was a collaboration with the Brazilian singer/ guitarist/ composer Milton Nascimento.

Arguably, Iphigenia is the latest iteration of creation of a jazz opera and excursions into the realm of black classical music. That started in 1911 with the rarely performed opera Treemonisha by ragtime pianist and composer Scott Joplin. Black, Brown and Beige was an extended jazz work written by Duke Ellington for his first concert at Carnegie Hall, on January 23, 1943. Ellington went on to many orchestral works based on classical forms. In 1946 the Woody Herman band premiered Igor Stravinsky’s Ebony Concerto.

Most recently the Metropolitan Opera produced Terence Blanchard’s Fire Shut Up in My Bones the first work produced by the company featuring an African American composer. Blanchard is best known for his scores for Spike Lee films.

While a coup and triumph for MASS MoCA and its ambitious, renowned, artists in residence program, the production we attended is problematic.

MoCA is to be faulted for not using its raised audience seating. The Hunter Center is modular in that sense. Seated mid-audience we had an obstructed view of the stage. That was particularly infuriating when, in one interval, the Iphigenias were seated on the floor. One had only fleeting glimpses of the performers. The conductor, however, was always visible as there was no “pit.”

The acoustics were a poor match for opera. The lyrics were mostly impossible to hear separately from the orchestra. This was particularly cacophonous during ensemble segments.

At the end of the third act the Iphigenias were featured with solos. Here they were most effectively heard with just Shorter’s superb trio. The full orchestra came in for accents. The sound of which was often nicely brassy. One thought of Duke’s growling plunger mutes.

By deconstructing Euripides, while much of the moment, there was loss and gain. There was a bold, post-feminist interpretation of aspects of Iphigenia as victim of sexism and machismo. Spread out into five personas there was an enticing spectrum of her plight, resistance to sacrifice, and emotional anguish. In the legend she is spared by Artemis.

As librettist spalding took an ambitious “what if” approach to the Greek drama with so far mixed results.

“I didn’t want to claim the singular voice of this woman who’s been silent throughout history, so I invited three women poets from different areas of the world — Joy Harjo, Safiya Sinclair and Ganavya Doraiswamy — to write her testimony” spalding explained to the Berkshire Eagle.

The consequence is that the opera lacks a crucial dramatic arc and suffers enervating repetition. We see Iphigenia with her throat cut over-and-over. Eventually, the audience winces at yet another sacrifice. The corpses pile up.

The armored warriors are all swagger and drunken machismo. There is a horrifically comic drinking scene that evoked for me “Beve con me” from Verdi’s Otello.

The staging and direction by Lileana Blain-Cruz was clumsy and unimaginative. It was neither classical nor particularly contemporary. This was a production that cried out for something along the lines of the Suzuki method. Instead, the director has the warriors circling about in more of a vaudevillian than military mode. The women, the five Iphigenias, are strung out across the stage as though hung from a laundry line. The direction in no sense left a cohesive statement.

We wondered is this Iphigenia or an operatic Chorus Line?

The design by Gehry was a bit of a tease. Initially, there was a scrim with an abstracted forest. Midway that was suddenly dropped to reveal a black background. In the third act, that slowly separated leaving a brilliant back wall with modular elements. We were dazzled, literally, by a design of giant, gilded maple leaves. The lighting emphasized the metallic surface and then morphed into bloody tones of red signifying the spilling of virginal blood.

With deconstructed emphasis on the feminist we never got a fix on male hubris and obsessive testosterone. The roles of Agamemnon (Arnold Livingtston Geis) and Menelaos (Brad Walker) are at best in transition. Since we grasped and absorbed so little of what they sang the jury is still out.

For that we will wait for the CD or perhaps a performance in a legitimate opera house with better acoustics and proper site lines. It remains to be seen where this opera will land in the canon, if at all.

In context, consider these as a critic’s notes rather than a definitive review. We would love the opportunity to revisit this work, or as stated, hear it properly as a well mixed CD.

Without doubt we are the better for the experience to hear the result of a collaboration of genius. Amazingly, within walking distance of our North Adams loft. It’s why so many creators have settled here.