Day of Panels at MCC Theatre 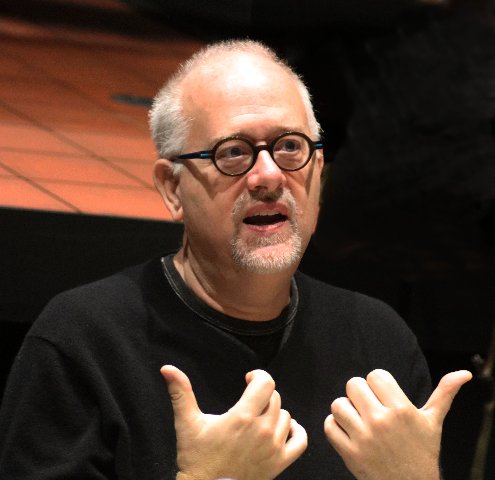 Atlanta critic Kelundra Smith is a board member of ATCA. 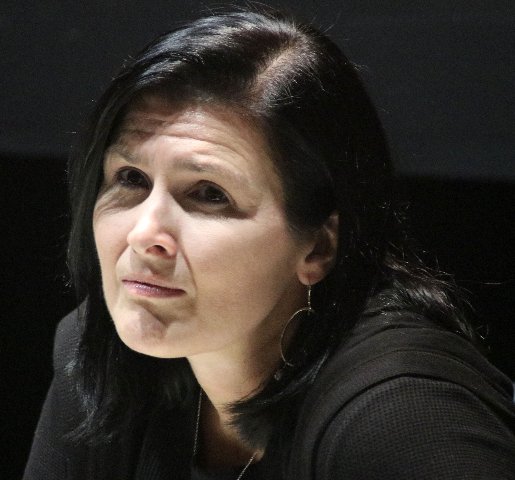 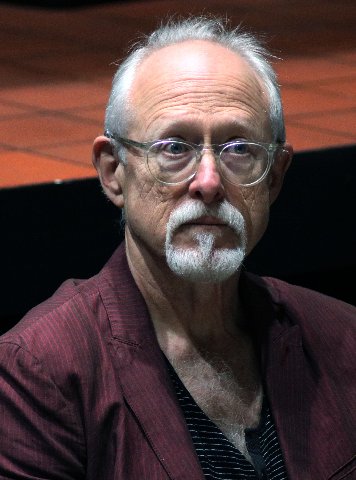 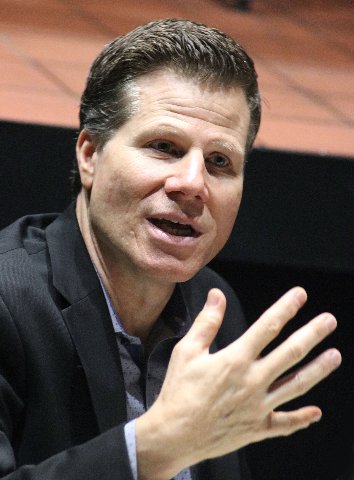 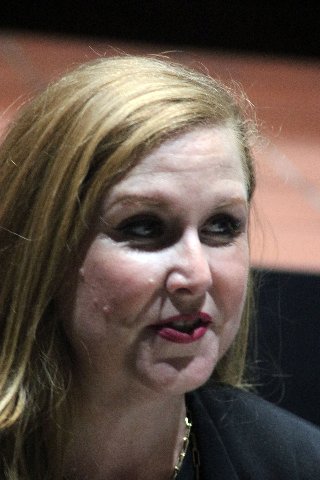 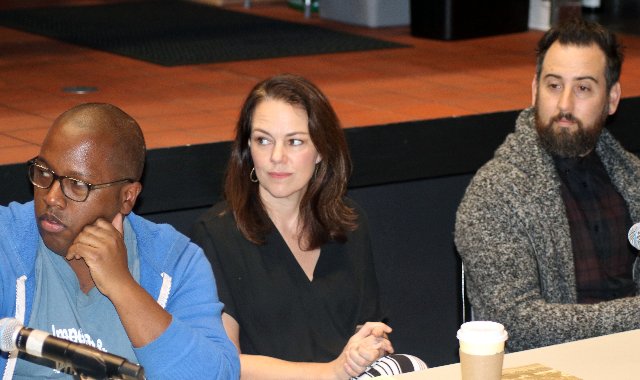 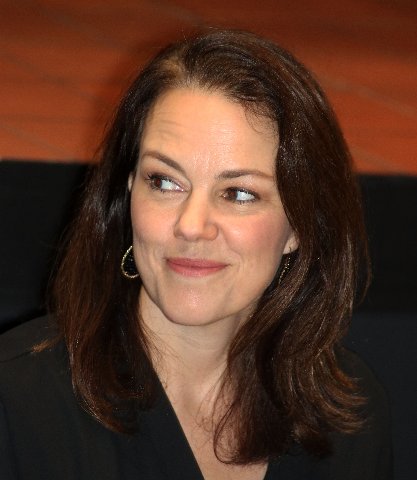 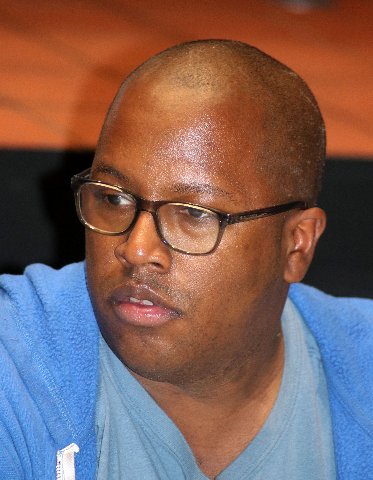 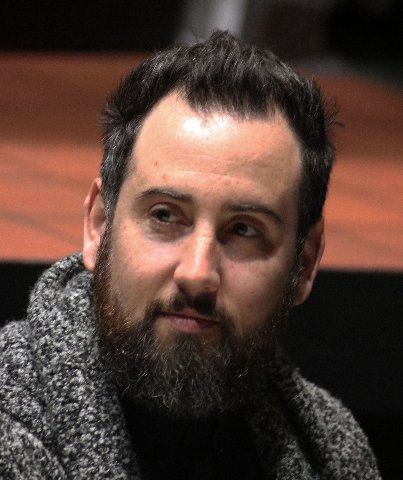 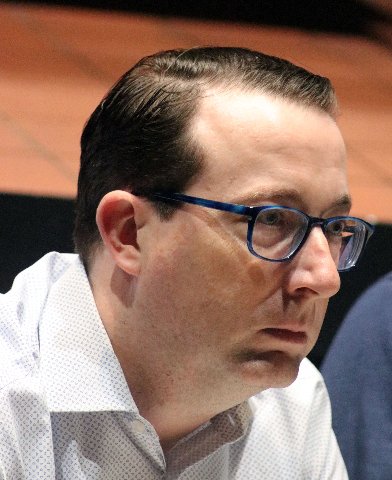 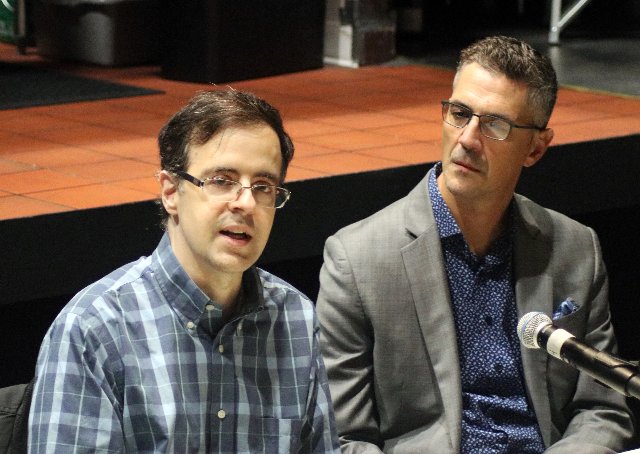 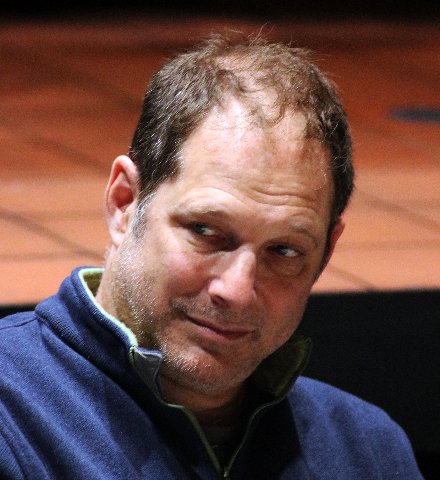 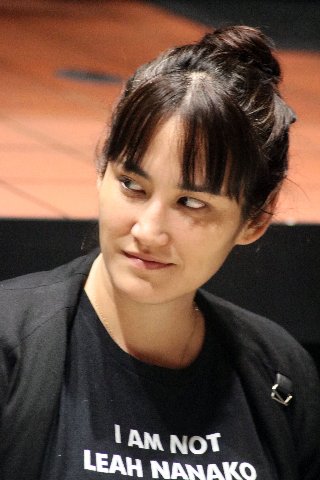 I am not Leah Nanako Winkler stated playwright Susan Soon He Stanton. 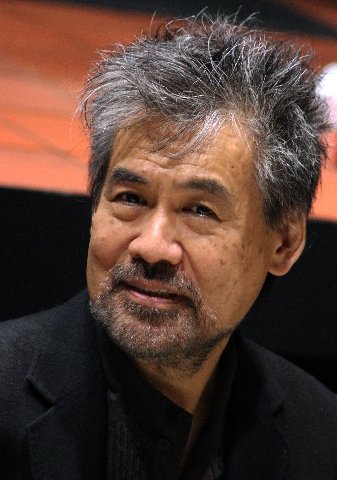 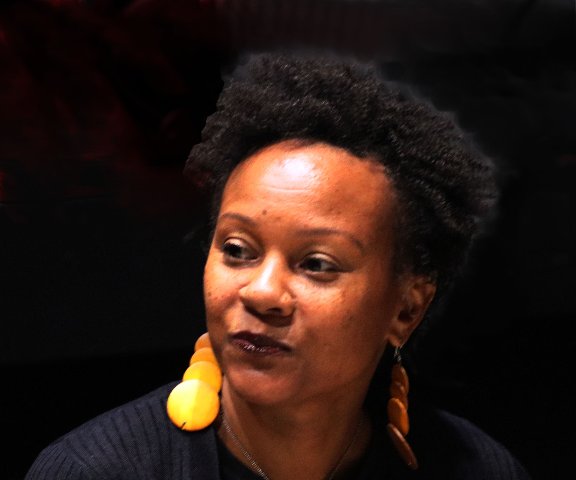 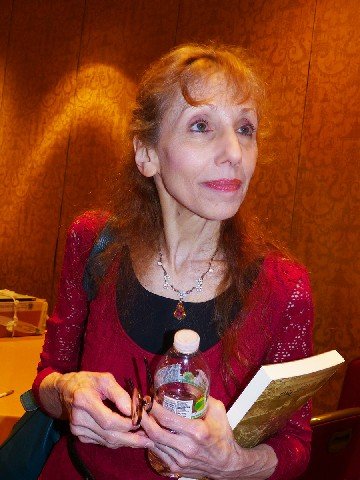 We saw the hilarious Seared at Williamstown Theatre Festival. Golan was on one of the panels. There was no response to my ticket request for the musical but Victor Cordell covered it for Berkshire Fine Arts.

Our driver misunderstood the address we gave him and through heavy traffic took us to 57th street. From there a reroute back to 52nd meant that Jack Lyons and I arrived toward the end of the panel that started at 9 AM.

Atlanta based critic and board member, Kelundra Smith, in “Addressing Identity in Theatre Criticism” engaged in dialogue with Linda Collins-Hughes. She writes on theatre for the NY Times and books for The Boston Globe. There was discussion of appropriate language and tone when covering theatre focused on diversity. That entailed responses to too frequent reviewer statements that express misgivings and insecurities. As playwrights and performances press hot buttons critics often write in a guarded manner. The mandate is to absorb the intent of the production and evaluate its execution. Message and intentionality are among the aspects of critical thinking but ultimately the work has to succeed as theatre.

We learned a lot about former President Lyndon Johnson in “The History Lesson.” There was an exchange of Pulitzer Prize winners with panelist Robert Schennkan in conversation with Pulitzer Prize winner Doug Wright. They were joined by Bill Rauch the former longstanding artistic director of Oregon Shakespeare Society. He directed Schennkan’s All the Way for Lincoln Center.

Rauch also directed The Great Society. Wright asked him to discuss the difference of directing two actors as LBJ, Bryan Cranston and Brian Cox. The former broke out cooking meth for the hit series Breaking Bad. With a Shakespearian background Cox has been portraying the brutal patriarch in Succession. The compare and contrast was intriguing.

In past NY conferences Wright, president of the Dramatists Guild, has been a frequent panel moderator. We learned about the enormous research entailed in writing a play about a contemporary historical character. It was interesting to hear who did and did not cooperate in the research. Robert Caro, who has written four volumes on Johnson, does not read other biographies and does not share his insights. He declined invitations to see the performance.

Discussing directing the play, actually plays with different actors, Rauch indicated that he advised against using TV news footage of LBJ to develop the character of the president. It seems that he projected a guarded and crafted persona when on camera. The real LBJ was funny, engaging and profane. With a Texas education he was jealous of and intimidated by the Harvard educated Kennedys.

He spearheaded the landmark Great Society legislation that changed America. He embraced civil rights in a manner the Kennedys, with an eye on polls, hedged. As AG, Robert was slow to respond to brutal police responses to the March on Selma. Johnson’s memorable legacy was brought low by the war in Vietnam.

The session was a great lesson in history and theatre.

After lunch we reconvened for “The Evolving Sound of Musicals” moderated by Julie James, program director for Sirius XM. I have tuned into her Broadway show when driving around in my car. The panel focused on emerging talent. Ross Golan spoke about his mainstream success writing hits for major artists. True love entailed developing the off Broadway, dark content of The Wrong Man.

A graduate of the NYU Tisch School of the Arts, Michael R. Jackson, revealed the many years involved in writing stand alone songs as well as creating musicals. Currently A Strange Loop is having a world premiere at Playwrights Horizon.

In addition to writing musicals (Snow Child premiered at Arena Stage) Georgia Stitt has recorded three albums. Adding to other challenges factor in gender. She discussed her role as a founder of MAESTRA a not-for-profit organization serving women theatre musicians.

The session “Cast Recordings, For the Record” was moderated by Sean Patrick Flahaven. He is president of Concord Theatricals which includes R&H, Tams-Witmark, Samuel French and The Musical Company. That includes publishing, cast recording and producing. Last year Concord won a Tony for producing Hadestown.

Through panelists we learned that creating and marketing original cast recordings is a tough and fading business. Kurt Deutsch asked how many of us still have CD players? Van Dean told us how streaming means an enormous cut in revenue. Why buy a CD in the lobby of a show when you can get it for a fraction of the cost on Amazon? As senior vice president of Sony Masterworks Broadway, Scott Farthing, presides over an enormous inventory. Which doesn’t sell like it used to.

During the peak of LPs we wore out copies of South Pacific, King and I, Carousel, and My Fair Lady. Not any more. Hamilton is an unique best seller.  Business is so bad that even the big sound studios are a thing of the past. Add to that prohibitive union costs. There are advantages in both those factors to recording in London.

Back in the day the orchestra, stars and chorus packed into the studio and recorded it all in a single session. That generally occurred just before or right after opening night. Then and now the original cast recording is an important way of branding and marketing a show.

It was observed that some new musicals come and go too quickly to be recorded. The CD, however, has helped shows, not original Broadway hits, to make the rounds of regional theatre. Of course hearing those show tunes on Sirius helps.

There was a kind of Rodney Dangerfield drift about not getting respect. It seems that original cast recordings, often tweaked from what you hear on stage, are never reviewed. The panelists were unanimous about that and other dreary facts of life.

Substituting for Winkler was Susan Stanton a playwright and writer on HBO’s Succession. She wore a t-shirt that stated “I am not Leah Nanako Winkler.” She did however read a text from the absent playwright. It was a pithy and passionate response to an inflammatory, biased and inaccurate review by Jesse Green for the New York Times. If turnaround is fair play Winkler pushed back as good as she got. The text was amazing and we would love to post it were it to become available.

The lead of Green’s attack mode review states that “Whether identifying as black, female, Latinx, queer, trans, Native American, Asian-American, Arab-American, disabled, Muslim, biracial or any combination thereof, playwrights traditionally marginalized in the theater face a second problem if their work finally ekes its way to the stage. They often feel pressure, from critics and producers, to depict globally and endorse unequivocally their diverse communities — which is bad for them and worse for their stories.

“Call it vexation without representation.

“Leah Nanako Winkler isn’t having it. In a note to the script of “God Said This,” which opened on Tuesday at the Cherry Lane Theater in a bumpy ride of a production, she urges directors and actors — and, by implication, audiences — to see the multiethnic family at the heart of her play as “deeply flawed, complex people” who are “not defined by their race.”

“Nor by much else, it seems. She sets out not only to bust stereotypes about submissive Japanese-American women but also to rescue hick Kentuckians, intolerant Christians, “tiger moms” and even the dying from the broad brush of caricature…”

Turning to mid career playwright, David Henry Hwang, he spoke with measured moderation and insight of challenges breaking into mainstream Broadway with the now iconic M Butterfly and later Chinglish. In 1988 he won a Tony for M Buttefly. The play was revived at Cort Theatre in 20I7. He has had numerous Broadway shows and Soft Power is currently at the Public Theatre. Hwang heads the playwriting program at Columbia University School of the Arts. He spoke of work with young writers.

Continuing the theme of abusive and biased reviews playwright Nambi E. Kelley stated that she stopped reading them fifteen years ago. Stating that she is friends with Chris Jones there is a problem when a city like Chicago has a single make or break critic. That opened up the widely reported controversy that led to the sacking of Hedy Weiss after some three decades as theatre critic for The Chicago Sun Times.

Second string NY Times critic, Charles Isherwood, was fired in 2017. There was no response when meetings with Times editors did not result in hiring a minority critic.

Some felt that Jesse Green “a breath of fresh air” was an improvement while others like Winkler think not. Issues for mainstream, major market critics include not just insensitivity to diversity, the subject of the ATCA panel, but abuse of power. In that regard Terry Teachout of the Wall Street Journal is widely appreciated and respected particularly for frequent flyer miles covering regional theatre.

A trope of the day of panels was that questions would be submitted in writing. ATCA president, Martha Steketee, with a charming soft shoe routine, shuffled through them. Robert Sokol, as one of three organizers, pulled rank and asked a question with a part two, and then interjected a follow-up.

After initial and provocative statements by panelists, however, moderator McDonald invited the audience of critics to comment on their approaches to writing with cultural awareness.

I stated that it is not just playwrights that are concerned with overreach and insensitivity of critics. The inappropriate reviews of Weiss, Isherwood and Green, for example, reflect negatively on our profession. There are reasons why critics are reviled. The panel and ATCA’s NY meetings provide rare opportunities for meaningful discussions of common issues and concerns.

ATCA was well aware of the Weiss controversy and the executive committee discussed how best to respond as a professional organization. During a New Orleans conference national members were underwhelmed when Weiss was invited to deliver the keynote address. It seemed that she recited her résumé rather than provide meaningful insights.

What indeed is the quid pro quo between critics and theatre we cover? How can we break down the walls and encourage meaningful communication? As I stated to Kelley we, a room full of critics, are no less devoted to our craft than she is to her’s. Don’t dismiss all of our work based on the misconduct of a few.

There are now many voices for theatre criticism. That is increasingly important during a time of transition when we encounter ever more diversity on stage. It is a mainstream issue for ATCA as it commits to becoming younger and more diverse. Particularly for emerging audiences critical positions are not being formed based on New York Times reviews. Indeed, the times they are a changing.