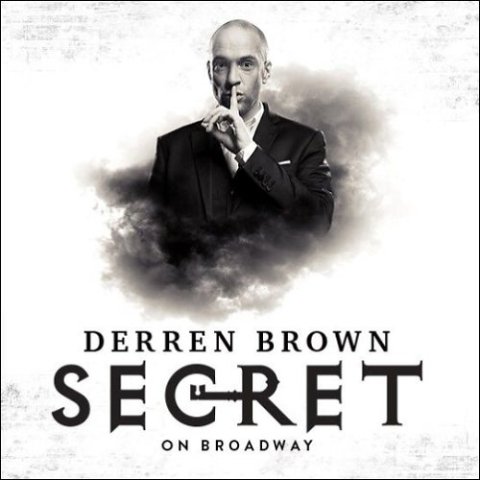 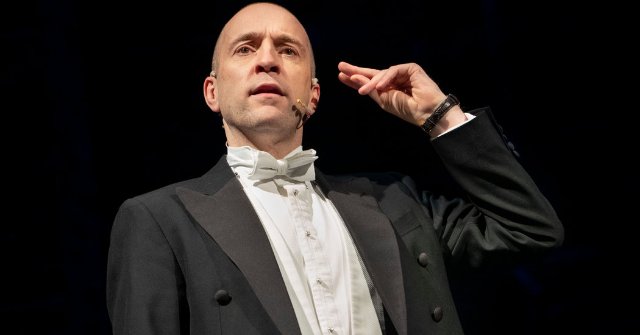 Derren Brown professed to collect taxidermy in his quiet, private life. However, on stage he is a bald and bold, charismatic and chatty 47-year-old Englishman in a tuxedo. He 'boondoggles' his audience with illusions and weird promises and revelations. There is almost nothing  permanent to take away from this experience, except for one participant - she walked away with a small coin, engraved with the name of... Well, Mr. Brown admonished writers and reporters in the audience not to reveal the outcome of any of his tricks or illusions. I believe that the elaborately developed 'coin moment' was the only one we actually thought to have unraveled while the participant and many audience members also unraveled a very long thread.

He threw plastic disks and frisbees into the audience, orchestra and balcony, and encouraged a number of people, who caught them, to join him on stage for the many sections of his performances. He would explain to all how he does identify various body reactions and emotional responses of his voluntary victims and so make decisions based on their behavior. Something anyone could learn to do! He claimed not to have any special powers over people, even though he put at least one audience participant into a trance, while using hypnosis, and so solicited 'required' actions.

Rumor has it that the director and producers of Hamilton saw Brown's show in London during the time when Hamilton first opened at the Victoria Palace Theatre in the West End. They were entirely enchanted by him and his work, then set out to bring the show to Broadway. Brown had an initial sold out run Off-Broadway and is now filling seats at the Cort Theatre on 48th Street. In fact, the evening performance we attended on a Wednesday was also sold out. He is well known in the United Kingdom, where he has been working as an illusionist since the 1990s and has been widely seen on television since 2000, first in a series called Mind Control.  There he has won two Laurence Oliver Awards over the years, equivalent to Broadway's Tony Awards. In fact, he already received the Drama Desk Award for 'Unique Theatrical Experience' for Secret.

The Broadway production is underwritten by the Hamilton management as well as other major Broadway producers and organizations and apparently with much success. Mr. Brown has his audience in the palm of his hand with the help of magical Lighting Design by Ben Stanton, Projection Design by Caite Hevner, Sound Design by Jill BC Du Boff and Scenic Design By Takeshi Kata. In order to project the various 'tricks' to all in the audience, a camera person records in an instant feed the proceedings on stage, They are then transmitted from the rear on a large screen. The show requires extra hands and assistance behind the scene in order to make all illusions come off without a hitch. He, of course, guides communications between him and the participants with charm and verbal dexterity.

Early on Brown revealed his own secret that he had kept for 20 years, which ultimately evaporated into thin air. What a let down and unnecessary burden, he exclaimed! And so he encouraged and proceeded to reveal secrets and secret wishes of audience members, which were each time acknowledged to be correct. However, he gave away the true meaning of the show's title: SECRET only in the final part of the 2.5 hour marathon performance with spot on accuracy.

All in the theater left amazed and astonished and entirely entertained !