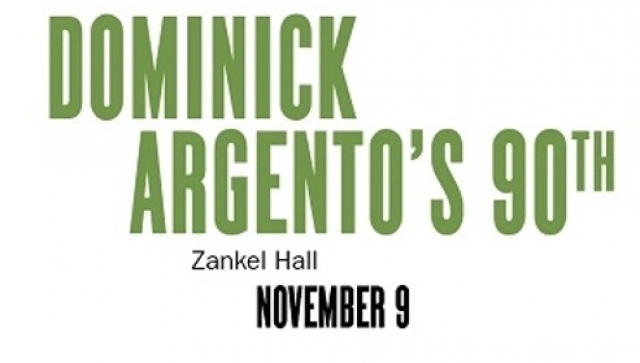 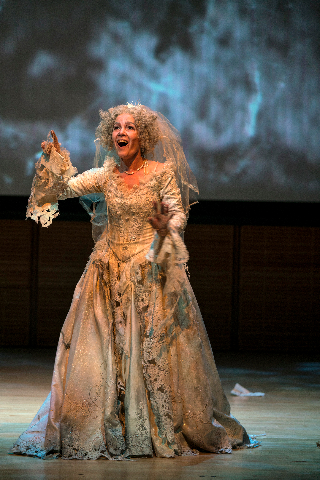 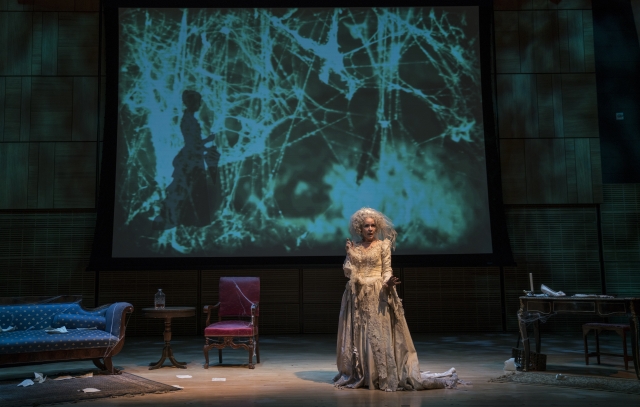 Buck singing with her silhouette as a young bride-to-be hovering behind her. 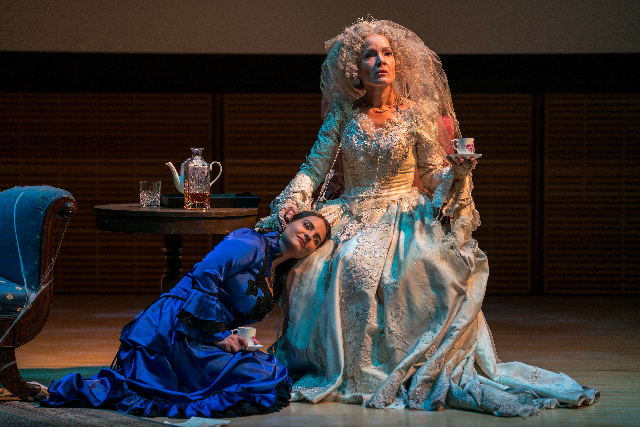 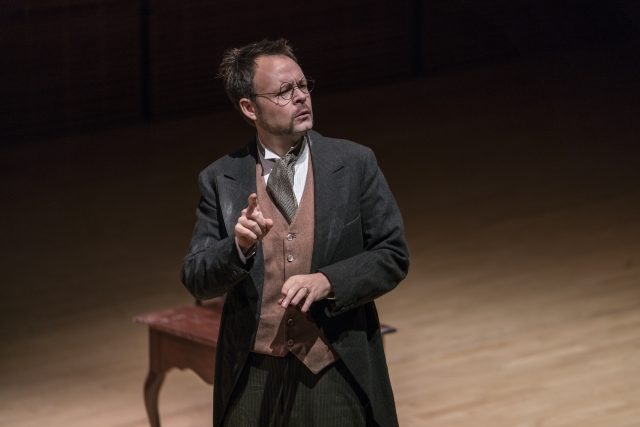 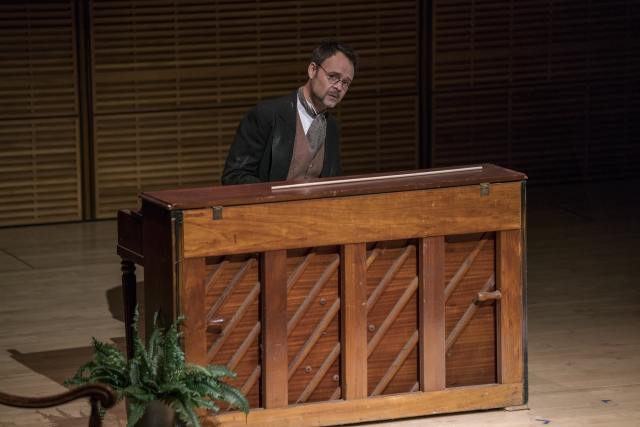 The lecturer retreats to a hymn for comfort. 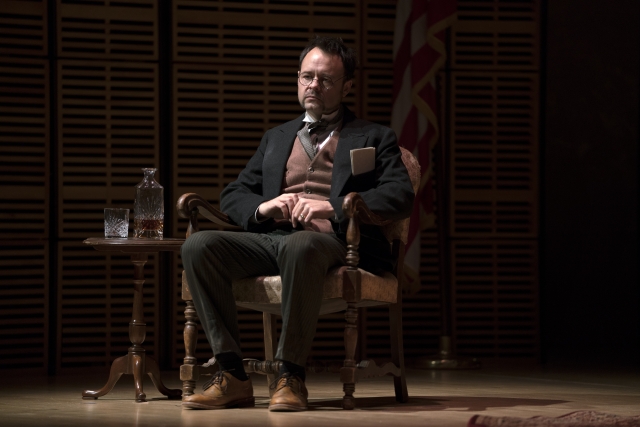 Engebreth tipples his way to a conclusion. 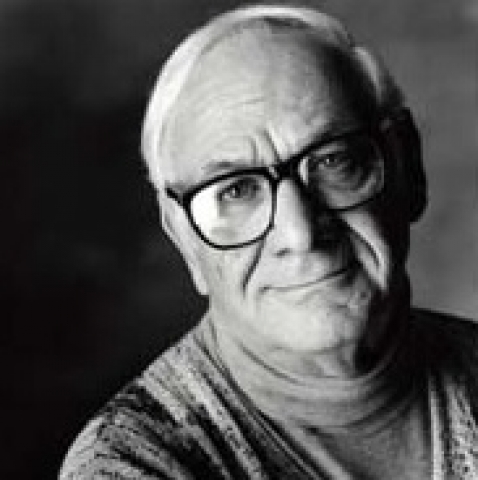 Heather Buck reprises her stunning performance as Miss Haversham, the abandoned bride who has spent the last fifty years re-enacting her wedding eve.  Buck has a rich voice which easily floats over the octaves and ranges between descriptive to romantic to over-the-top mad.   Dressed for decades in her wedding gown, only the sleeves are shredding. They match the wild combination of hair and veil that flow from her head.  She limps across the stage in one shoe, the other lost long ago.

The set is sparsely furnished with a sofa, a chair and table.  Looming at the back of the stage is a large screen on which the tangles and cobwebs of her memory entwine. Against them, when the story returns to the fateful pre-nuptial moments, we see a silhouette of Miss Haversham, joined by one of her prospective husband, the cad.  It is an effective visual for the span of the story and its searing impact on one woman.

Beverly Sills who was the signature NYCO performer,had asked Argento to compose for her. She planned to perform the role for her final career performance at NYCO, but her health failed, and so she was not able to premier the performance of Miss Haversham. This work is one of Argento's deep ties to NYCO.

In the second piece of the evening, A Water Bird Talk, Aaron Engebreth gives a charming performance as a hen-pecked, or water-bird pecked, lecturer on water birds. A magic lantern projected illustrations of cormorants, roseate terns and phalaropes.

The Messiaen-like accompaniment of the orchestra led by Gil Rose, gave beautiful bird calls.  Throughout the evening, the orchestra captured the composer's particular skill in devising the underpinning for the singers.  Often unusual but startlingly apt instruments were chosen.  We heard celeste and harmonium for the hymns inserted.  James Russell Lowell's "Once to every man and nation," was echoed twice.  It gave comfort to the lecturer, and reminded listeners of the period in which the opera is set.

The evening was a special reminder of New York City Opera's vital presence in New York.  Dominick Argento is among the most important contemporary composers they have always championed.