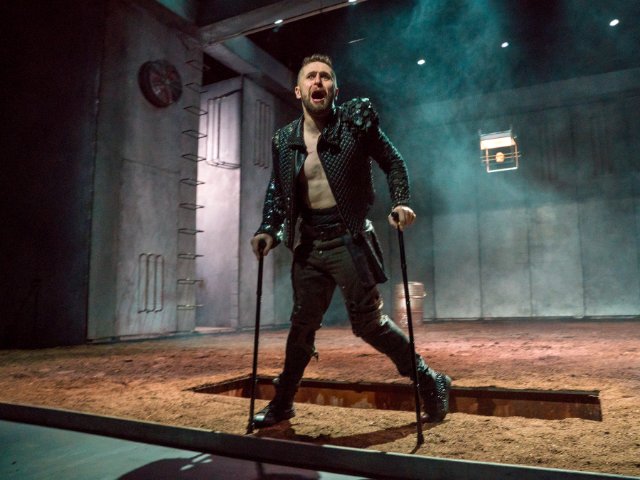 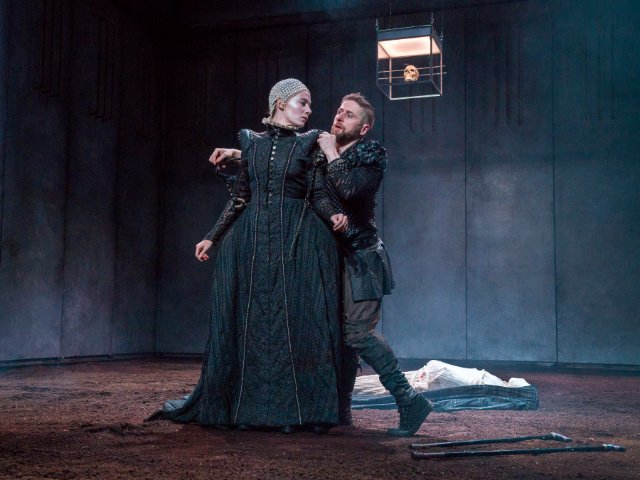 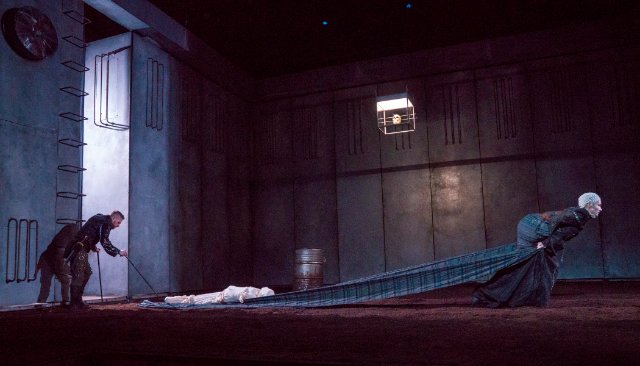 Dead bodies dragged across the stage and dumped 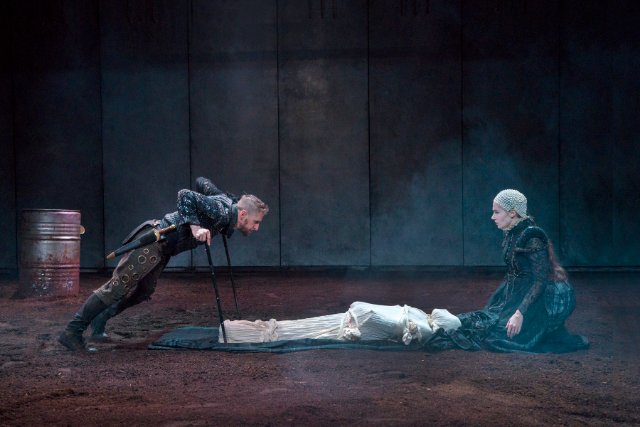 Richard can not seem to get enough of death 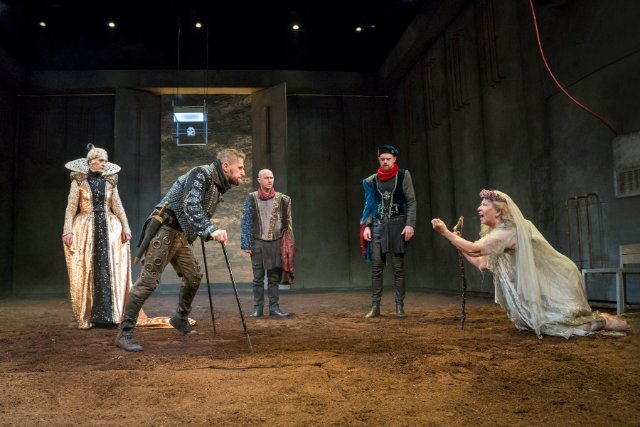 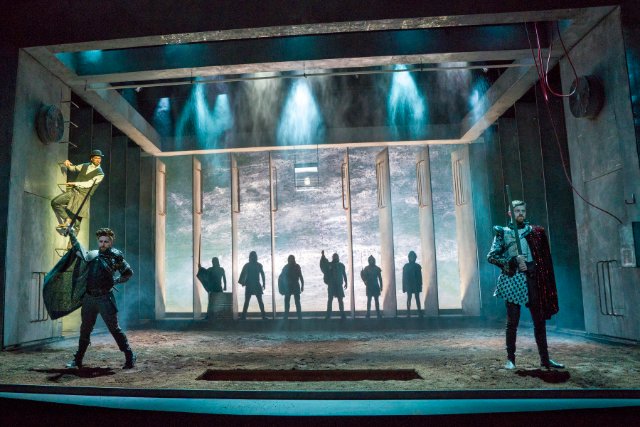 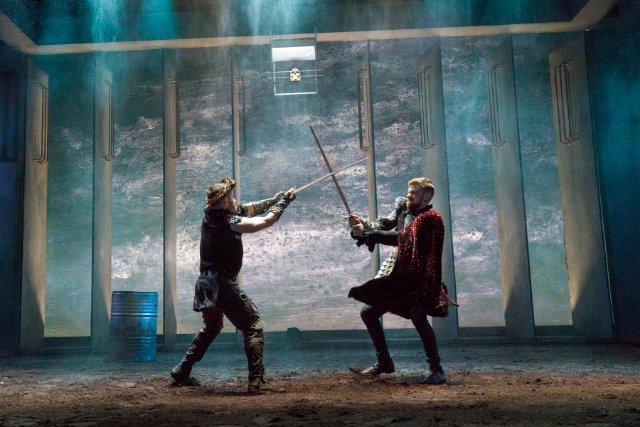 Final battle with Richmond
The Lincoln Center White Lights Festival is presenting DruidShakespeare: Richard III, directed by the inimitable Garry Hynes.  This play is odd for Shakespeare, who later would carefully etch the development of each character.  Here we immediately meet Richard.  Hynes has Aaron Monaghan rise from the grave into which all, or rather most of the people he murders or sets up for death, get dumped over the course of the evening.
Richard immediately addresses us, not as audience, but as the residents of England as the War of the Roses creeps to an end amidst incalculable bloodshed.  The sets by Francis O'Connor are very tall, suggesting royalty.  They are a dark grey, occasionally opening on an increasingly hopeful green landscape suggesting peace between the Lancasters and Yorks.
Richard's over the top personality induces the 'residents' to become complicitous with him, laughing at his murderous intentions.  His ways are particularly wicked as he questions his immediate stage associates and answers for them, as they too become complicitous in the murders of fathers and sons.  This is rough stuff brilliantly mounted by the Druid.
Members of the cast do not have the rich character development we associate with Shakespeare's dramas. Yet each stands out, distinctive one from another.  The lovely Anne is softly garbed. Margaret, the wife of Edward, who fortuitously dies in shock after one of Richard's murders, is shimmering in gold, with a bustle that seems to protect her and also sense danger from the rear.
Richard also treats the characters individually as we join his seduction and betrayal.  The women seem understandably repulsed.  Monaghan wears a boot on his good foot and a sneaker on his bad one.  Not only does he keep in character throughout, he keeps 'in disability.'  He drags his bad leg.  He is often at somewhere between a 45 and 90 degree angle with the floor. He thrusts himself in conversation/direction and seems both athletic and challenged. He is lifted up to reach into a transparent box in which the King's crown sits on a skull.
It is an awful time, this end of war and beginning of peace.  The dominance of a deeply complicated man who would be king is easy to understand. His wit and humor are brandished in a succession of awful causes. In the end he suffers from a bizarre remorse, overwhelmed by dreams of the step brothers he has killed in the tower.  Crying "my Kingdom for a horse," he is then beaten to death in battle by Richmond, who will begin to unite the Kingdom for once and for all.