At CVREP in Rancho Mirage 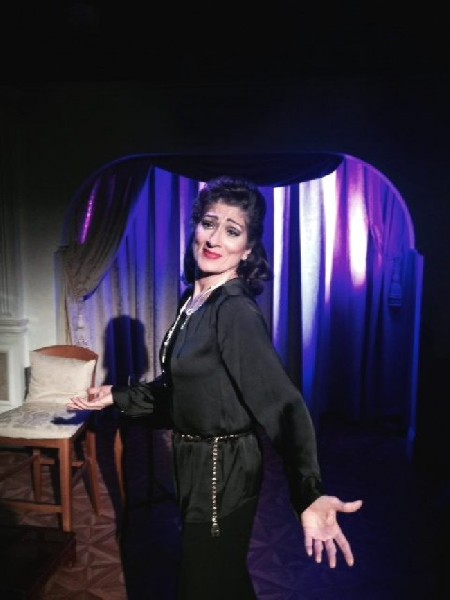 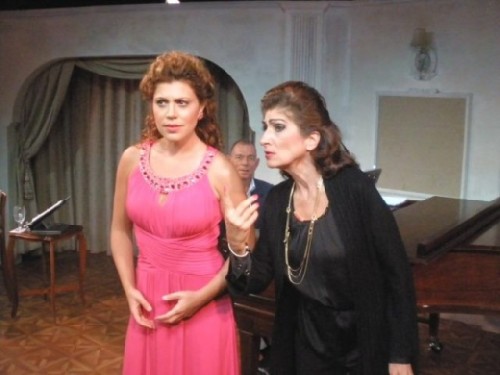 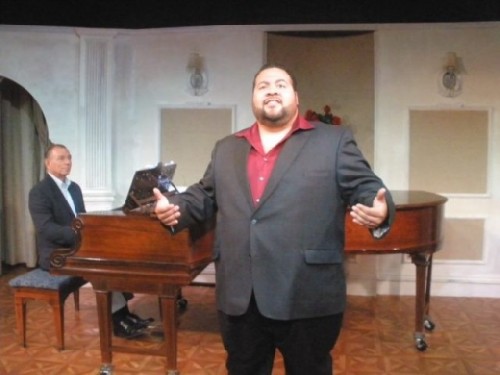 Grand Opera star and Diva extraordinaire Maria Callas was no shrinking violet when it came to her profession.  As one of the world’s leading sopranos for years she used her gifts, her visionary intelligence for the dramatic, and the power of her performance to charm, intimidate, and thrill devotees of world opera during the 20th century.

The legendary and volatile singer was in a class by herself.  She influenced the world’s singers and musicians by the thousands, but is probably best known to the general public for her long-term public love affair with then the world’s richest man, Aristotle Onassis.

In her later years (before her death at age 53), now retired from performing, she agreed in 1972 to give a series of so called “Voice Master Classes” to opera students at Julliard School in New York City.  The students were eager and thrilled at the prospect of being evaluated by “La Divina”, the greatest opera singer of all time.   However, one must be careful for what one wishes, for you might not be prepared for what you get.

Playwright Terrence McNally brilliantly recreates one of those sessions and turns “Master Class” it into a fascinating, riveting, and engrossing evening of dramatic theatre.   Director Ron Celona’s wonderfully seamless direction compliments the text and the singing, ensuring that the performances are up to Callas’ stringent standards.  And indeed they are.

“Master Class”, is the 2013-14 CV Rep’s season opener and is the first production in three seasons that has more than two actors in the cast.  The highly successful Rancho Mirage professional theatre, now beginning its third season ups the ante with this production in that it features six actors.     I hope we haven’t bitten off more than we can chew came the look from artistic director and play director Celona’s face as I nodded my hello in the lobby before the performance.  He needn’t have worried.  It’s a 24-carat, solid gold effort that should increase the theatre’s discerning season subscribers-list at least ten-fold.

One of the main reasons  “Master Class” is so entertaining is the absolutely incredible performance of its star Marina Re.  Or should I say the late Maria Callas resurrected and transported to the stage of CV REP for this engagement.  The lady literally inhabits the persona and psyche of the late great Callas.  The Callas mannerisms; the intellect behind the great singer’s vocal instrument; her precise speech; her diction and pronunciation are all there.  Her performance is pure Callas. Yes, Marina is a bit smaller in stature than the almost 5’9” Callas, who was a formidable on and off-stage presence, however, Marina Re is no less of a commanding figure when the acting chips are down.

Marina Re walks out on stage to a waiting audience who may even be daring her to portray the operatic legend.  Convince us that you can become Maria Callas some are thinking.  It’s no contest.  The audience never had a chance.  By the time the Act One curtain comes down we’re all putty and devotees who can’t wait for Act Two to begin.

“Master Class” is a splendid character study of the iconic dramatic-soprano.  The core story swirls around the larger-than-life caustic diva who agrees to conduct classes at Julliard and then becomes either dismayed or impressed by the students who parade before her seeking her evaluation.  It’s during these moments that she retreats into recollections about the glories of yesteryear in her own life and career; culminating in two fifteen minute, spellbinding monologues – one in each act – about the sacrifices one has to make in the name of Art.   Great artists are only comfortable in the company of their peers.  To many artists non- creative people have difficulty understanding what dedication and commitment to a craft or the arts is really all about.

The production is also fortunate to have three cast members who are trained opera signers who portray the students:  Kara Masek as Sophie, the first soprano; Nora Graham-Smith as Sharon, the second Soprano and one who is the possessor of a lovely soprano garnering high marks from Callas; and Mario Alberto Rios as Anthony, the Tenor student and a budding Luciano Pavarotti.  The production couldn’t function without Steven Smith who portrays Manny the audition pianist who actually accompanies the three on-stage singers.  Michael Frank plays the stagehand.  All are important but as good as they are, the evening still belongs to Marina Re as the incomparable Callas.  It’s a magnificent tour de force performance not be missed.

At the cast party I had an opportunity to chat briefly with Ms. Re.  When I praised the richness and nuance of her performance.  She graciously says, “Thank you, but it’s really all there in the text of McNally’s play.  He’s brilliant in capturing the mood and expressing the deeper meaning of Callas’ artistry and her tempestuous life.  He’s a great fan and it shows.”  She also brings a refreshing off-stage humbleness to work as an actor.

How did you arrive at the rationale for using a British accent for your performance?  Maria Callas was American-born of Greek parents.  I believe you said you are a Brooklyn girl.  “I listened to recordings of her singing voice and her speaking voice.  She also employed a British accent.  It’s dramatic material, she pauses … that I feel demands a more formal, classical approach and brings more theatricality to the portrayal.  She was a larger-than-life personality, you know”.  I couldn’t agree more.