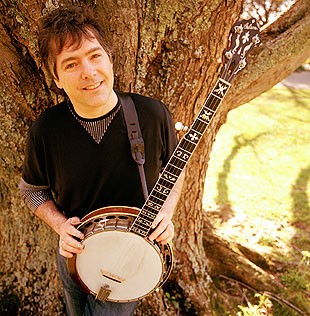 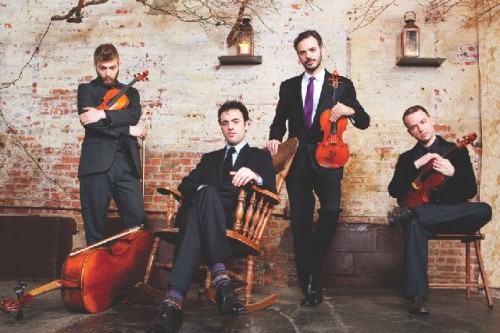 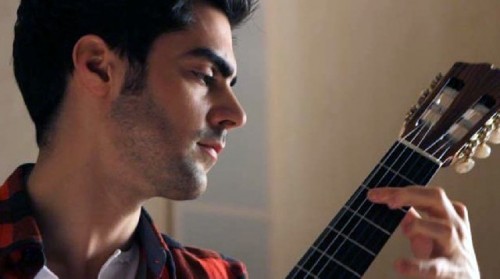 Le Poisson Rouge hosted guitarist Milos Karadaglic, the string quartet Brooklyn Riders, and banjo player Bela Fleck. These artists enriched and refreshed the musical discourse. People knew beforehand this was going to be a go-to event. The room was packed and buzzing with excitement.

Milos Karadaglic, the young award-winning classical guitar player, is now well-known to the New York audience. His Carnegie debut two years ago brought him to our attention. I had presented him on the radio in Belgrade last year.

He opened the night and "warmed up" the atmosphere with music from the South American guitar repertoire represented by Argentinian composers Jorge Morel and Jorge Cardoso.

In his interpretation of the melodies of Milonga, Samba or Danza Brasiliana the true artistic poetics of Milos erupted. He sees himself as a child of the sea and the mountains. This music presents the guitar as he feels it: a synthesis of main stream and classical, an amalgam of rhythm, alluring melody and technical challenge.

This repertoire was drawn from his album Passione dedicated to Latin music, while the second part of his performance was a preview of an upcoming album, Cancion. Here he played out of the comfort zone of the guitar, or more precisely, how to interpret well known pieces such as Bessame mucho or Girl from Ipanema, Karadaglic keeps away from their "cheesy quality" or sentimentality. His goal was achieved in brilliant yet seductive tones and expression.

Indeed, he brought us a new and gallant arrangement written by Sergio Assad from the Assad brothers duo. Melody is front and foremost, but also integrated into the outline of variations, the technical skills of the player, and the music's coquettish character.

The second part of the evening featured the Brooklyn Rider Quartet and Bela Fleck, a delicious and atypical combination of banjo and strings. Widely acknowledged as one of the best and most technically proficient banjo players in the world, Bela Fleck decided on collaboration with the Brooklyn Rider prior to the release of an album for Deutsche Gramophone, which is also the record label of Milos.

Bela had one more piece to compose to complete the album and went to the top of his wish list  composing for banjo and string quartet. He was introduced to Brooklyn Rider, who are well-known in the contemporary music field, and for collaborations with artists outside the classical field.

The performance at Le Poisson Rouge was the launch of a tour. The big question of the evening concerned the banjo's presence in a string quartet. Each composition was an answer to that question. In Bela's tunes, the quartet was treated as an accompaniment. But in the Brooklyn Rider's compositions', the banjo took on the role of the first violin.

The centerpiece of this event was a premiere of the composition Night Flight Over Water, a quintet for banjo and string quartet, which was coupled with Impostor, Fleck's concerto for Banjo and Symphony Orchestra. These pieces felt like they were freshly-minted as they were performed. They had the quality of improvisation switching between composed and serendipitous. This bipolar treatment was also outlined in the melodic sphere of the accompaniment. From time to time the music was tonal. Then atonal music appears in the virtuoso parts of the solo instrument.

An evening at Le Poisson Rouge is not only full of intimate pleasure, but here the newest, the best and the freshest are all on stage to surprise and delight.