At The Lilypad, Cambridge 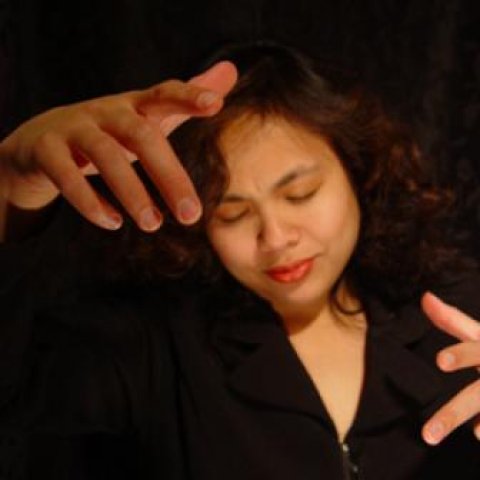 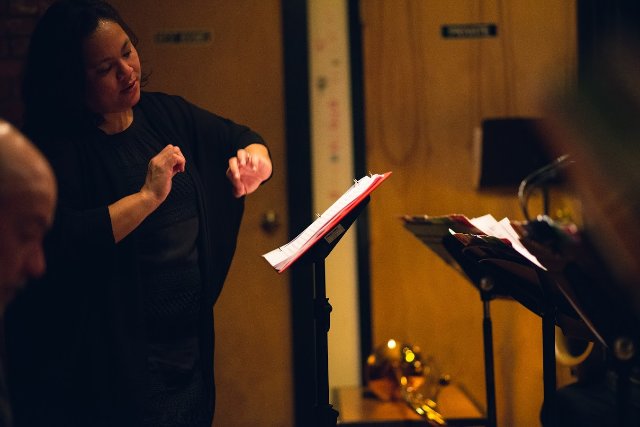 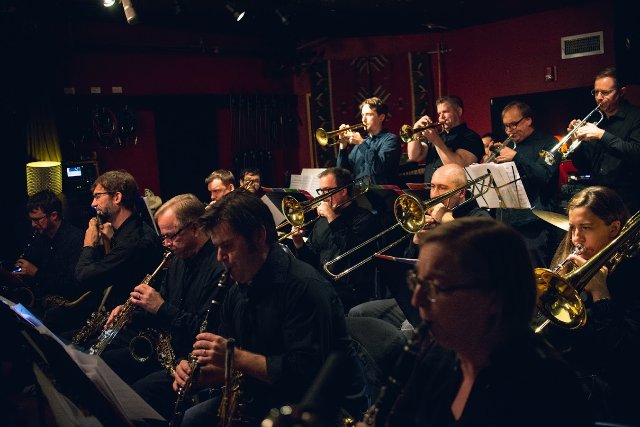 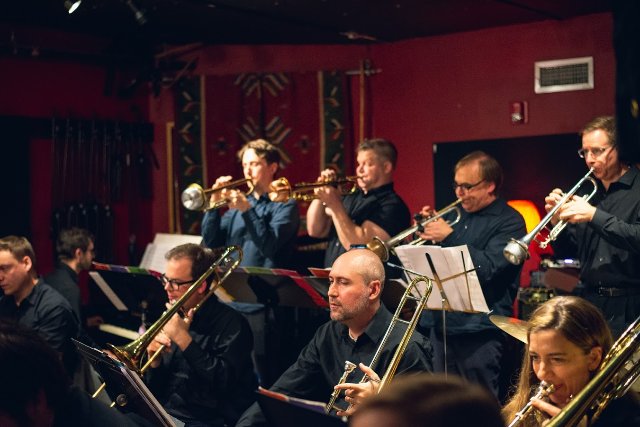 As a protégé of legendary trombonist/arranger/composer Bob Brookmeyer at New England Conservatory in Boston, Ayn Inserto was part of a very special tribute last March when she treated the audience to the title composition from her current release Down the Rabbit Hole (Summit Records, 2018).

Fronting an orchestra of 17 plus seasoned and exceptional musicians, many of whom loyal to her since inception in 2001, Inserto delivered a powerhouse feat of playing the entire release in a one set hour. To appreciate the physical challenges as well, one has only to picture a garage-sized space offered by the intimate (though cramped), warm surroundings of the Lilypad jazz café in Cambridge. Un-daunted and at ease, Inserto flawlessly conducted her stellar orchestra through a myriad of contemporary and experimental original compositions, finishing with a jazz-take on The Jackson Five’s “I’ll Be There.”

The evening featured well established and renown jazz musician John Fedchock on trombone, along with award-winning bass trombonist Jennifer Wharton, and Inserto’s backbone trumpet and saxophone section that were in-sync and note-clean from her first conducting hand signal.

Each piece was a part of a compositional story, with a carefully chosen conceptual framework. Inserto’s inspiration for the title composition, came directly from her muse and heart, drawing inspiration from Lewis Carroll’s Alice’s Adventures in Wonderland (one of her husband’s favorite books). It is a remembrance of the period of time they were dating, and she fell in love. In her pre-release performance at NEC in March  she explained her influence, “The Brookmeyer techniques I used for this piece were a combination of the pitch module and white noise exercise.”  It delivers a “musical cyclone”, as Inserto’s lively conducting compliments spirited horn solos and some frenetic, fast-paced tempos that add to the beat that drives this piece.

The album’s centerpiece is Inserto’s two-part suite pairing “Ze Teach” with “And Me”, a commission by Madison Technical College. The first piece is inspired by Brookmeyer (who signed off on notes to Inserto as “Ze Teach”). The second movement is a powerhouse statement driven by her sensational rhythm section with guitarist Eric Hofbauer, pianist Jason Yeager, bassist Sean Farias and drummer Austin McMahon – all serving to elevate the overall form of this piece.

Finally, to close the set in an hour and complete the full selection on Down the Rabbit Hole, Inserto chose her re-interpretation of the ‘60s pop-charting song “I’ll Be There” by The Jackson Five. It featured a gorgeous introduction by pianist Jason Yeager. A poignant take on Michael Jackson’s vocal statement, with further horn instruments taking their turn with jazzy re-statements of the simple melody. It was satisfying and allowed a certain older generation to hum along.

Inserto delivered a tour-de-force performance that evening with her personal journey Down the Rabbit Hole accompanied by an orchestra that was sharp and flexible. She is clearly at home in any environment, executing complicated orchestration of original jazz pieces in a small, tight venue for 17 plus musicians. They were more than up to the challenge of her demanding arrangements and constantly evolving tempo and musical narrative.