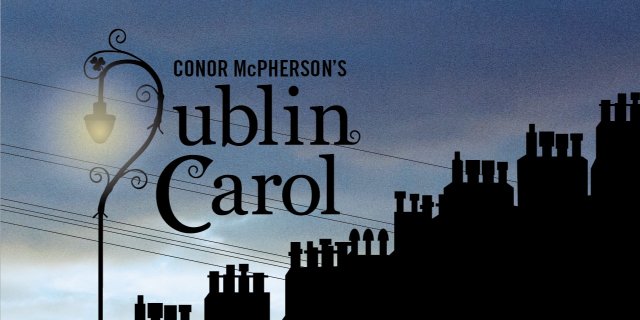 Recently, while attending the New York Conference of American Theatre Critics Association we saw six shows. What follows are capsules of those experiences. In depth  coverage of some of these shows appear under my byline, that of Astrid Hiemer, and several ATCA colleagues who are regular contributors to this site. Accordingly, we have posted multiple reviews of some of these productions.

The shows are covered here in the order in which they were seen.

After a day of travel we arrived on Monday at the National Arts Club near Union Square.

On Tuesday Astrid and I toured the recently expanded and renovated Museum of Modern Art. It was a remarkable experience and we opted to pass on theatre that night. That commenced on Wednesday.

The controversial and widely discussed radical and confrontational Slave Play by Jeremy O. Harris  is a game changer. With his first Broadway production the playwright is regarded as one of the brightest, most innovative, and outrageous of his generation.

This production is a tsunami of insight, knowledge, rage and Olympian humor. There are three segments in one two hours plus act. It is daunting, if not impossible in real time, to unpack all of the ideas and theories that are hurled at us. One can slow down and dissect the text which has been published in American Theatre  Magazine.

If you attend the play with no prior knowledge of reviews the first segment is off kilter and shocking. It entails Pre Civil War or Ante Bellum graphic sex between three interracial couples. There is a gay couple and the other two are straight. We were surprised to learn that the sex is in fact “toned down” from an earlier Off Broadway production.

The final segment is a follow-up and reprieve of rough sex role playing of the first of three couples. Its trope entails exposition that the white subjects don’t listen to their partners. Responses shock their partners of color by being framed through white supremacy and guilt.

One is hard pressed to recall a more entertaining evening of theatre.

The British illusionist, Darren Brown, held us spellbound and enthralled. The consistent response was how on earth did he do that? We won’t spoil the impact by revealing or attempting to unravel the tricks.

He continued to insist that he has no special or supernatural powers.

Of course we are inclined to think otherwise.

Participants in the illusions were selected by catching frisbees hurled to all areas of the theatre.

Here is a link to Astrid’s more detailed coverage,

On Friday morning Astrid departed to visit the family and grandchildren in Washington, DC. I was joined for the weekend, as in prior conferences, by the California critic Jack Lyons.

After a full day of panels at MCC we took a cab downtown to the intimate and renowned Irish Repertory Theatre.  We were enthralled with a taut, emotional three-hander by Connor McPherson.

Under the masterful direction of Ciaran O’Reilly the drama focused on a tense and troubled alcoholic, John (Jeffrey Bean). The compact design of Charlie Corcoran combines living quarters and the funeral parlor he manages. He took over from the uncle of young Mark (Cillan Hegarty). Just as John had been the lad is now an apprentice in the business.

Simple decorations, including an Advent Calendar, testify to Christmas Eve. That entails toasts that extend beyond celebration. After Mark leaves Mary (Sarah Street), his estranged daughter, appears. Her hope is that he will join her at the deathbed of his wife. It is her final wish to have closure.

Literally bathed in sweat we witness John devastated at this prospect. She will return in the morning and he takes the intervening time for a bender.

With its focus on Irish drama IRT has produced yet another riveting gem. The scale of the theatre draws us in and makes the play all the more intimate, devastating and memorable. This was a remarkable highlight of a week of NY theatre.

After lunch with the stars at Sardi’s Jack and I headed for the matinee of The Height of the Storm. It was the show he most wanted to see. The production was a West End hit now transferred to Broadway.

It represents a rare opportunity pairing the renowned British actors Jonathan Pryce and Dame Eileen Atkins. Their performances were indeed stunning but the play by the French playwright,  Florian Zeller, translated by Christopher Hampton, was frayed around the edges.

Many questions were raised but unanswered. Some but not all of this was intentional. Connecting dots and loose ends was the subject of a post-performance talk back.

Andre (Pryce) is a senior suffering an advance stage of dementia. Based on family members a number of audience members attested to the accuracy of his behavior and symptoms. Part of this entailed mood elevation based on his memory lapses and consequent frustrations. There is a poetic pas de deux with Madeline (Atkins) as his care providing wife.

Echoing the condition scenes are replayed. One entails retakes of her preparing a mushroom omelet. There is discussion of an inadvertent death/ suicide of neighbors entailing poisonous mushrooms. The discussant reflected on this interpretation.

So there are double and triple takes. Particularly with the other characters, two daughters, a husband and mysterious woman. One of the couple dies but we are not clear which of them.

Without prior knowledge or research, it is impossible to sort  location and ethnicity. The main characters have French names but the cast makes no attempt to be other than British. The scenic design by Anthony Ward evokes a British country home.

It would have been simple for the translator to transpose the characters and locale to the UK. That would have no impact on the drama itself but would have avoided confusing gaffes and detours.

Other than the superb lead performances, and adequate supporting ones, the drama was a mostly enervating experience. The script felt minor and overworked as well as tediously wordy. The impact of disease on a family is indeed devastating, I was, however,  oddly apathetic about these privileged bourgeois seniors and their bratty, grownup children. Their arguments about providing care might have been poignant but felt tedious.

This play was in previews when we attended. The production was sparing with chairs as props. There was a an ensemble of instruments in what felt like an opera. Justin Cunningham has an exquisite voice. His tale of working in a nursing home morphed into a narrative focused on Dr. Martin Luther King and the Freedom Riders. In the second act Danyel Fulton was featured. There were compelling elements yet to be refined and developed.

On Sunday morning Jack and I had a recap breakfast.Then he left for the airport.

Now solo I took in a thoroughly delightful matinee of the musical Tootsie.

Far and away it exceed expectations particularly the Tony winning lead performance of Santino Fontana. It was intriguing to see him slip from guy to girl and sometimes trapped and outed in between. It was poignant to see what worked as the star studded Tootsie previously had flopped and was ignored as the run of the mill actor Michael.

Getting nowhere as the aspiring Michael he is banned and cursed for life by a prominent hack director. Backed by a woman producer, in utter desperation, he lands a role as Tootsie by that very same director.

What’s rare in the current mode of paper thin jukebox musicals Tootsie has a great and compelling book by Robert Horn. We really care about the other characters in this adaption from the hit Dustin Hoffman movie.

As Michael’s fellow thespian, on and off girlfriend Sarah Stiles (Sandy) is a showstopper. The plot point is that Michael got the leading lady role that she aspired to. We get involved with John Behlmann as the frizzy haired, nerdy roommate Max Van Horn.

The songs and production numbers were simply fabulous.

While critics loved this show, it has been fading at the box office. The production will play its final performance on Sunday, January 5. It will close after 293 regular and 25 preview performances.