The Father of Opera Celebrated 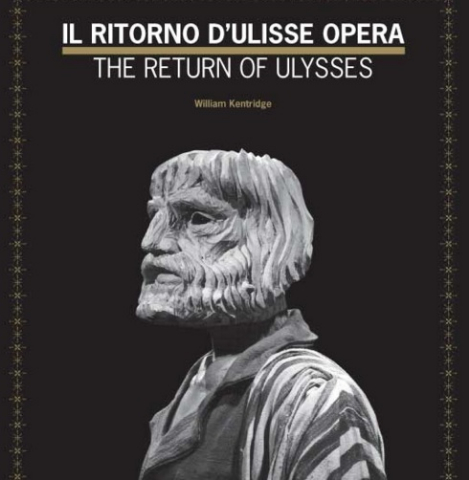 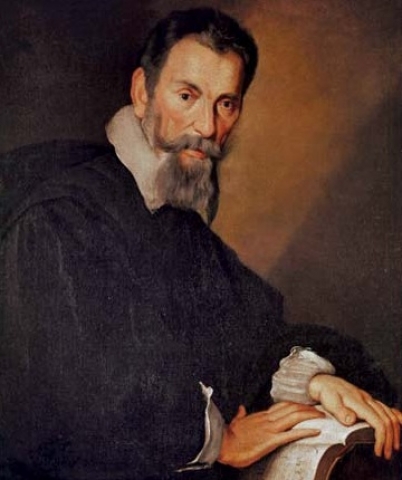 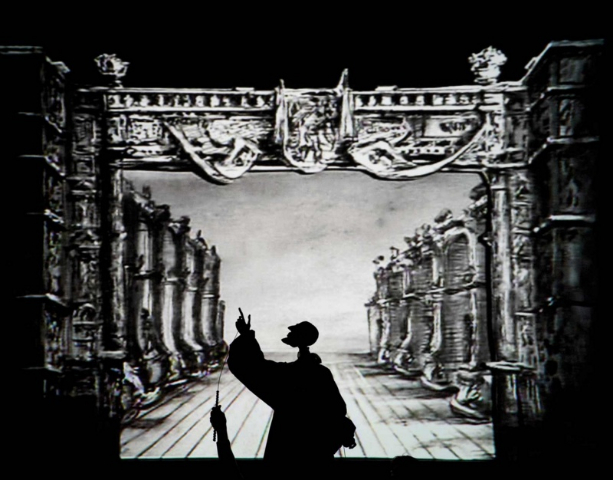 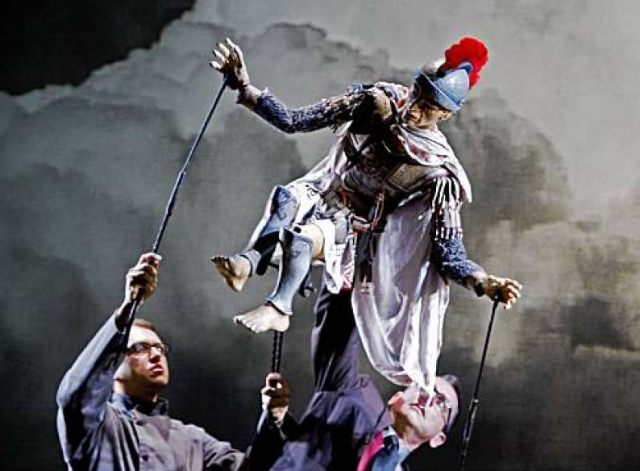 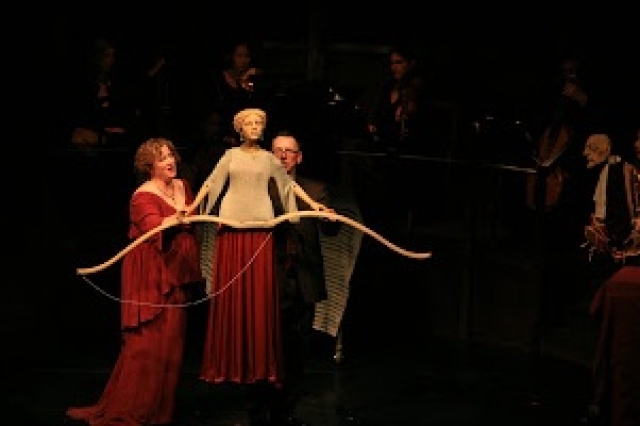 Penelope proposes a contest for her hand. The extraordinary Romina Basso aids her counterpart as she sings for her. 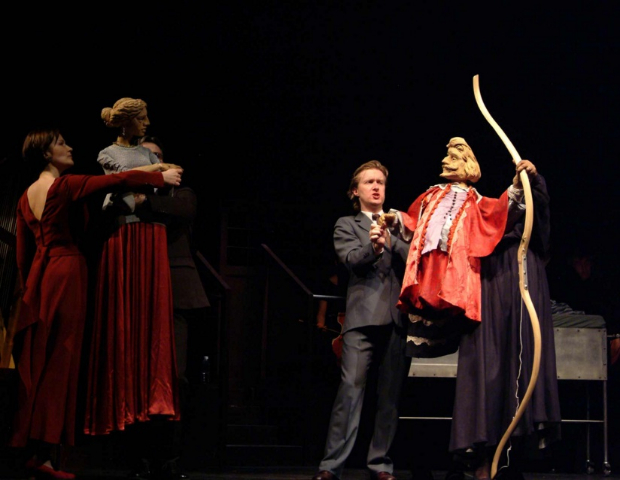 Will this suitor string the bow? 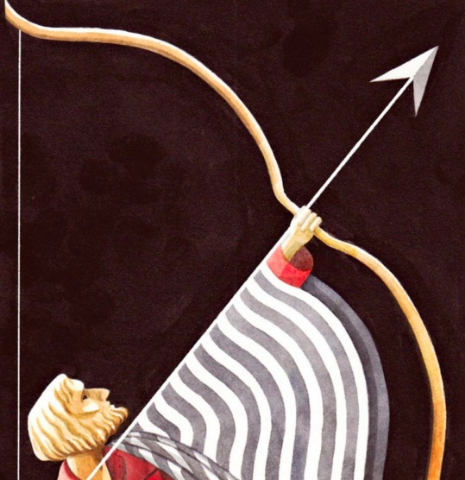 Claudio Monteverdi is considered the first major composer of an opera. His emphasis is always on the drama. The musical units are not self-contained, but rather woven into a continuum. Music is a means of expressing character and emotional mood. There’s a sense of driving to a climax and this inspires important scenes for Ulysses. Yet there are memorable melodies that delight.

The richness of Monteverdi's talent is on abundant display in William Kentridge’s direction of The Return of Ulysses.

The South African artist has said that he could wrap his mind around this opera because the prologue offered him an opportunity to picture the human condition. Hanging around his home were clips of film showing the workings of the interior of the human body. (Kentridge's wife is a physician.)  For Kentridge, these clips illustrated the vulnerability of man.

He  was struck by the drama of these clips.   In the prologue he uses them to portray the condition of Ulysses, returned from 10 year Odyssey and basically lives on life support. Fail the conquering hero. Images move to the beat of the music, a device which integrates them into the music.

For him, an angiogram depicting dye pumped into arteries around the heart is remarkable.  He writes: "As the dye is released in one heart-beat, in one pulse, it suffuses and turns black a jagged tracery of the arteries."

When the god Jove arrives to handle the affairs of men, Kentridge uses this angiogram image to suggest a lightning strike inside the body. Startling images abound.

The rest of the opera becomes a memory of Ulysses' odyssey. The stage is three-tiered. In the front, faithful Penelope yearns for the return of Ulysses, her husband. She is rebuffing the proposals of a myriad of royal suitors.

The puppet creations of Handspring, the South African company that has been Kentridge’s frequent collaborator, are made of wood.   Penelope’s face is soft and mournful. The suitors are carved to imagine lust and power.

Each figure is manipulated by a puppeteer and the singer who is providing vocal characterization.

Romina Basso sings Penelope and has one of the most extraordinary voices we have ever heard. Her mezzo luxuriates in tones, shaping phrases to match the emotion and breathing like a bellows into the huge top notes. Her body movements do not mirror Penelope the puppet's. Rather she bends into her counterpart and backs away as the music and the emotion demands.

Ulysses is sung by tenor Jeffrey Thompson, who after his initial appearance on what appears to be a hospital gurney, wanders the world on a third tier of the stage, perched above the orchestra, conducted at a brisk pace by Philippe Perlot. Behind him a barren landscape is projected, depicting the difficulty of his journey and the pain of his absence from home.

The puppeteers are remarkable, moving the figures with the music and also with the character's feelings, jabbing to and fro.

The sheer beauty of Monteverdi's music played by Ricercar Consort and enacted by the puppeteers and the glorious singers made this performance a joy.

After the performance the artists and audience mingled over wine and sparkling water. Eduardo Equez spoke fondly of his theorbo, a sixteen string instrument made by a Barcelona artisan.  Adrian Kohler marvelled at the history of puppet making with Kentridge and worried about five life-sized puppet elephants now under construction.