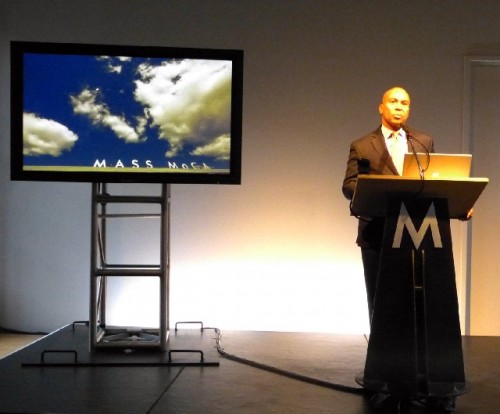 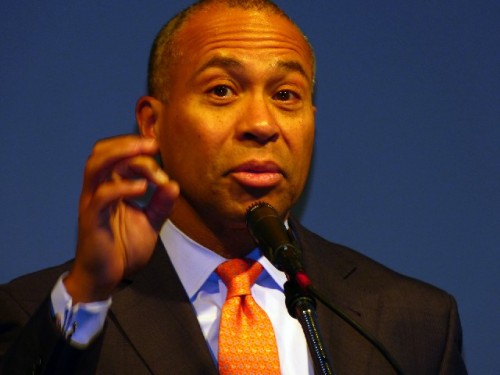 Confirming a commitment to the Berkshires. 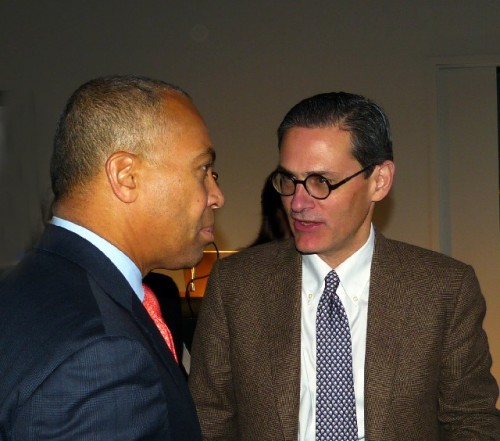 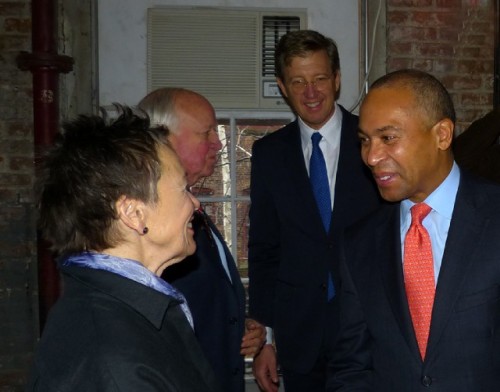 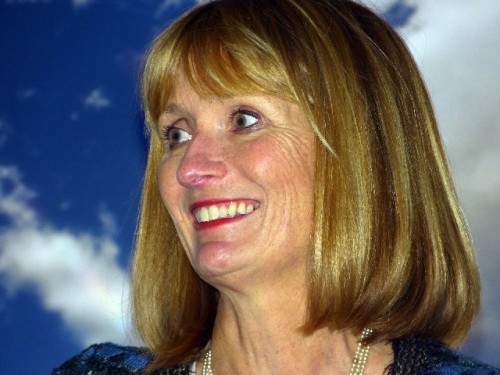 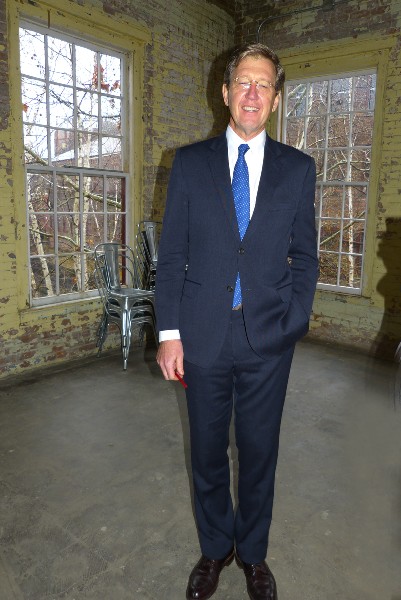 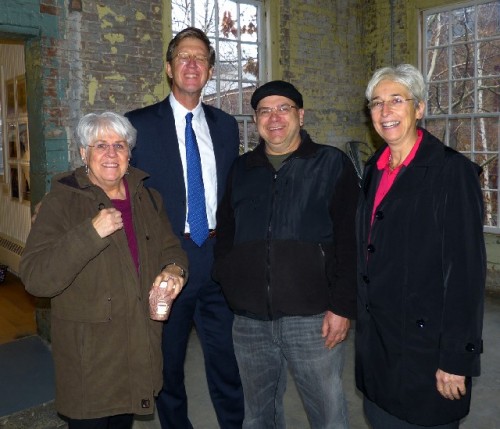 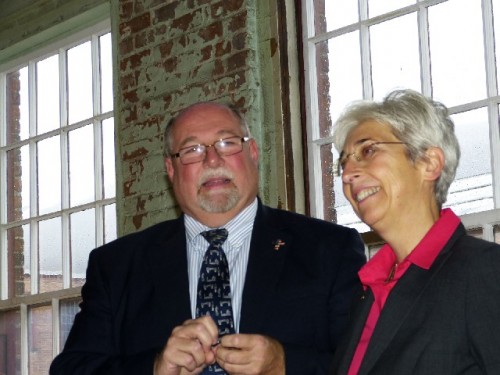 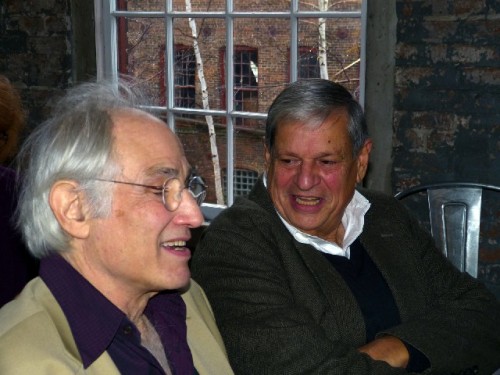 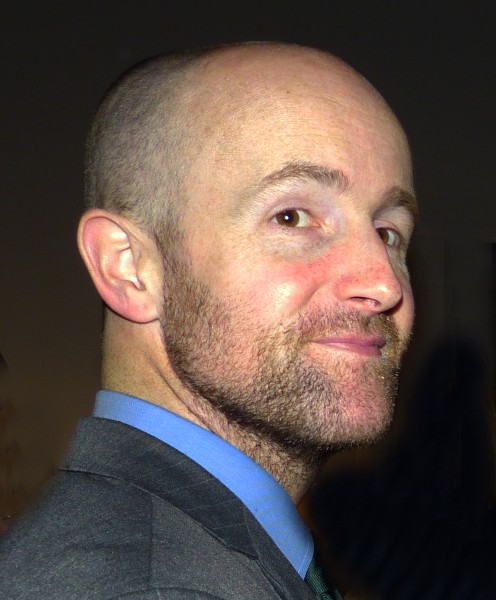 Benjamin B. Downing a state senator from Pittsfield. 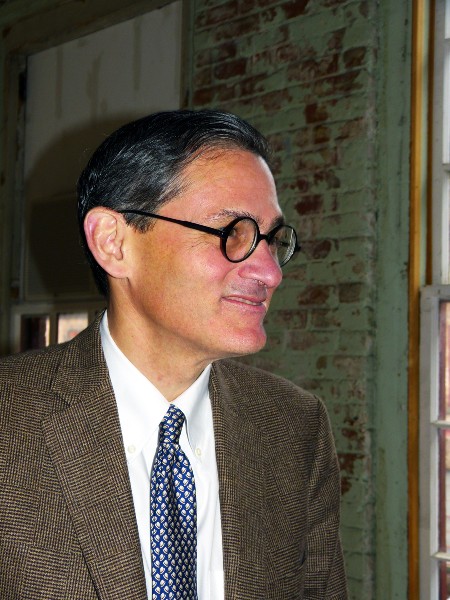 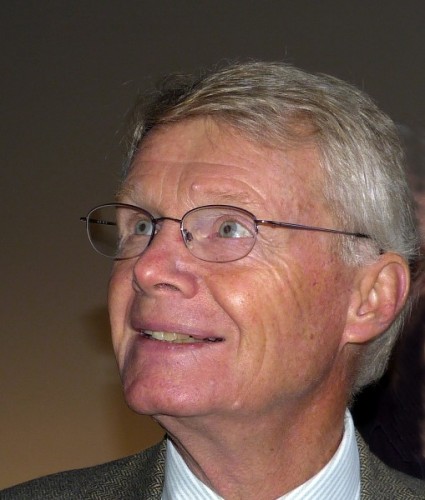 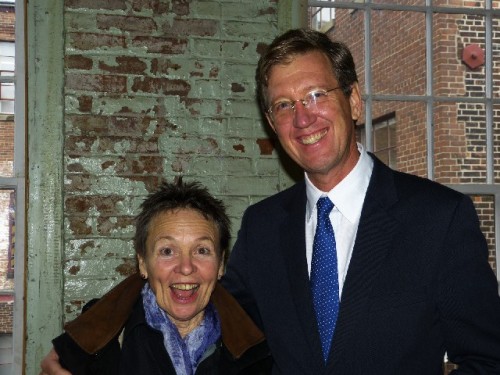 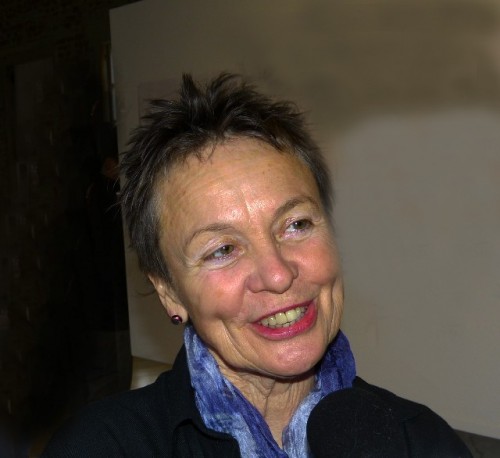 Anderson has a long term relationship with Mass MoCA. 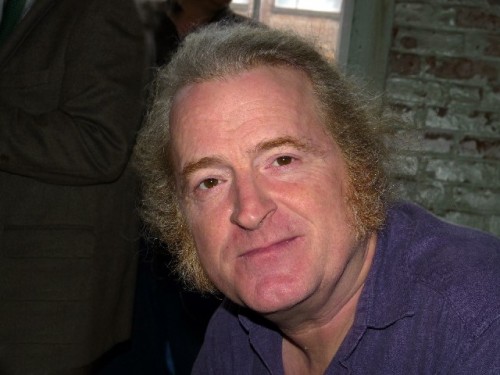 Mark Stewart of Bang on a Can. 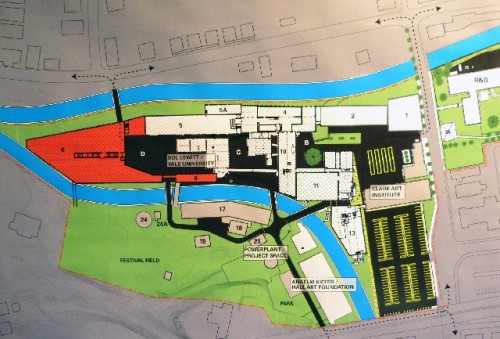 Ground plan of the MoCA campus. 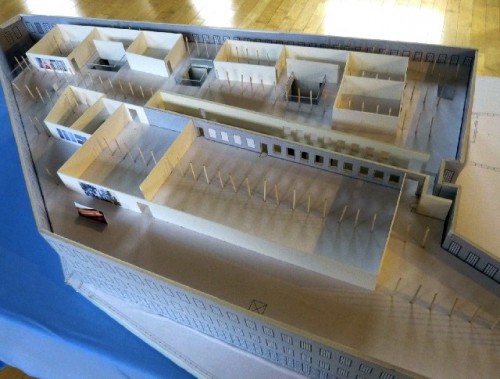 A model of Building Six. 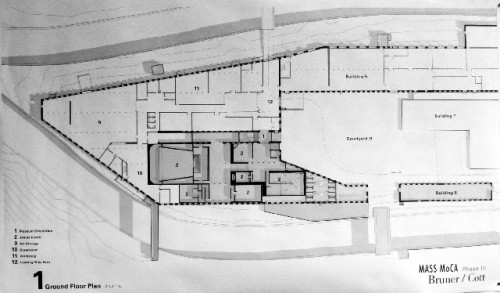 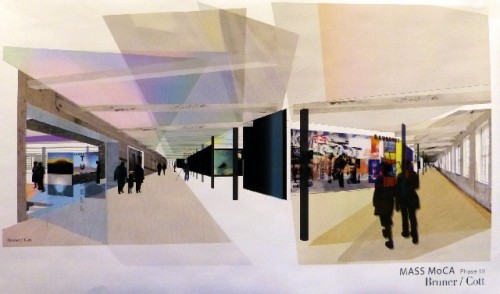 Renderings of the design. 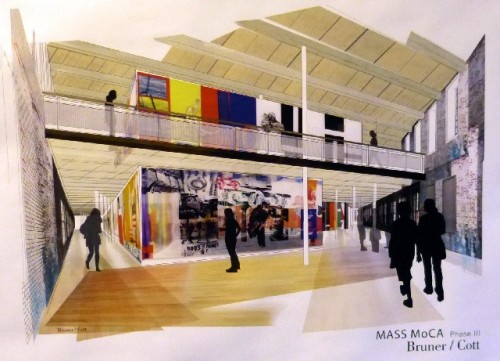 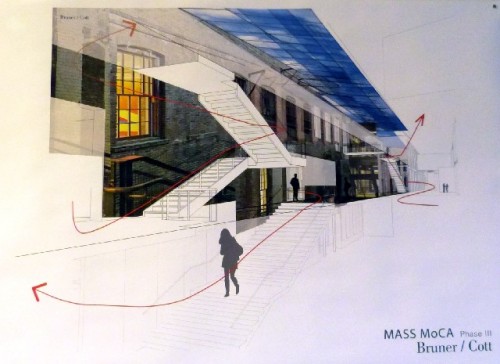 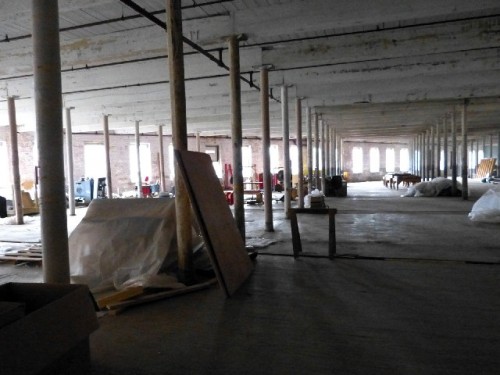 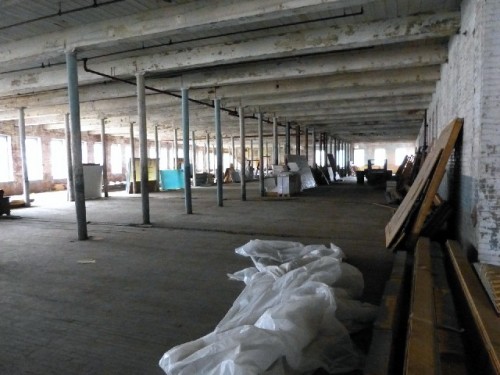 A lot of work lies ahead. 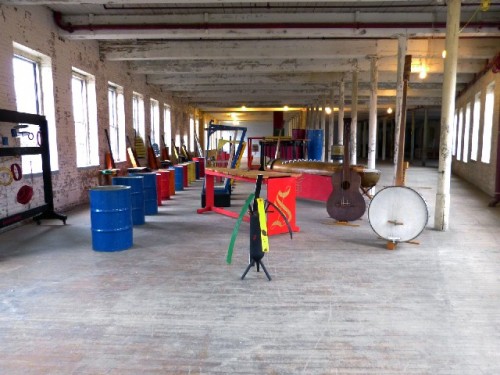 Some of the funky instruments created by Gunnar Schonback.

Now in his final days in office Governor Deval Patrick swung through the Berkshires on an inclement Monday in support of a variety of projects he played a role in launching. One of these was a nail biter which managed to squeak through Beacon Hill last summer with the clock ticking on a legislative session.

Given the state of the economy there was no predicting the fate of $25.4 million in funding to be matched by Mass MoCA when a new governor takes office in January. In this case republican Charlie Baker.

Significantly, in his final day in office Mike Dukakis signed a bill for $35 million in seed money for Mass MoCA. The incoming republican Govenor Bill Weld had a different idea. About the economic/ cultural stimulus package for hard strapped North Adams he famously stated “Over my dead body.”

With remarkable tact and clarity the nascent MoCA team of Joe Thompson, who replaced Tom Krens in launching the museum, his developer and wife, Jennifer Trainer Thompson, and a skeleton crew gradually sold Weld on the project. Hard years would follow before the launch of the museum in Phase One of developing the 16 acre campus of the former Sprague Electric. Currently MoCa oversees 24 acres of adjacent and nearby real estate. A prominent building on the main campus, leased to the Clark Art Institute, has yet to be developed.

Beyond Phase III there are loose ends yet to be tied up.

When the museum opened in 1999 it drew 44,000 visitors. Through Phase Two marked by 25-year-long buildings devoted to Sol LeWitt and Anselm Kiefer, and vibrant programming including the Solid Sound Festival curated by Wilco and the growing Fresh Grass Festival, attendance built to some 120,000 visitors.

This summer with the relaunch of the Tadao Ando designed Clark Art Institute in nearby Williamstown attendance topped 160,000. The Berkshire Eagle recently reported growth in occupancy rates and a spike in the hospitality industry for Northern Berkshire County.

While the Northern Berkshires have shown economic growth the region is still depressed compared to the rest of the Commonwealth. In 1990 the unemployment rate was seven times that of the rest of Massachusetts. It is now down to 1.5 times the rate. At the end of March there was another setback when the North Adams Regional Hospital suddenly shut down. Since then there has been progress in restructuring and bringing back some essential services.

Yesterday the press conference was upbeat and well attended but there was not much news to report. Significantly, when the floor was opened for questions there were only a couple.

On Friday Jodi Joseph, the PR director for Mass MoCA, made a number of calls to the media with highlights of what was to be announced yesterday. We also received a detailed press release with an embargo for noon on Monday. The press conference was scheduled yesterday for 11 AM.

In a flagrant breach of ethics Geoff Edgers, formerly an arts/ news reporter for the Boston Globe, jumped the embargo and broke the story for the Washington Post. Instead of running the news release Edgers made calls to the artists Jenny Holzer, Laurie Anderson and James Turrell. He even had a quote from Thompson who promised to “eat my hat.” It referenced whether the long term installation of those artists, as well as the estates of Robert Raushenberg, Louise Bourgois and instrument maker Gunnar Schonbeck, are not still exciting at the end of their contracts some 25 years from now.

The Post broke the story just after midnight on Sunday morning. That caused a mad scramble with other news organizations playing catchup. We were caught up in the domino effect and posted the release with a header on Sunday afternoon.

Bantering with Thompson before the press conference I informed him that I was pissed off. Surprisingly, with a broad grin he responded “So am I. A lot of people are.”

With heady amazement he asked if I had followed the sequence of how the story broke in an avalanche of coverage. It may not have been sporting of Edgers and the Post, the bounder, but it served to get a lot more national coverage than a museum in remote North Adams might have hoped for. I reminded Thompson that he had played along by giving him that juicy and widely quoted line.

Berkshire Eagle columnist John Seven gave it a quirky and different spin. “It's quite a nice day when the New York Times, the Washington Post and the Boston Globe all devote considerable space to your hometown. It's a sign that something is going right. That it's Mass MoCA in headlines should not come as a surprise to anyone. That's what the museum does. It's kind of like being home to scrappy sports team that no one had a clue whether it would fare well in competition. It does pretty well.”

He fails to mention that the Eagle blew the news cycle. It is unconscionable that the regional paper of record got scooped by the national media. This draws attention to the fact that the Eagle sleeps in over the weekend with nobody alert at the news and arts desks. If you want to know what’s happening in the Berkshires subscribe to the Washington Post.

Having its press conference preempted, however, didn’t dampen the enthusiasm of a well attended and truly joyous occasion.

"Art completes us…It's for all of us to humanize ourselves, to complete us, to round us out, to make us full citizens and full human beings," Patrick said. "And by the way, with 120,000 visitors already here at Mass MoCA, it's a pretty darn important economic engine as well."

Reflecting the current political landscape Patrick commented on why he left the more lucrative private sector for a smaller pay check as Governor. "The short-term focus, I think sometimes sacrificing the long-term interest of the enterprise, has crept into the way we govern in America — where we govern for the next election cycle or the next news cycle, and not the next generation."

We were among many artists and creators who moved to the Berkshires, in the shadow of Mass MoCA, with the hope of building a vibrant social and economic community based on the arts. Last night, during a weekly dinner with artists, discussing the news conference there was a consensus that this is indeed happening. But, as Patrick commented, it will come to fruition in “the next generation.”

During his remarks North Adams Mayor, Dick Alcombright, recognized those in the audience who had done much to advance the community. These included politicians Ben Downing, and Gail Cariddi, as well as arts activists Gail and Phil Sellers. Former Mayor John Barrett was present but not acknowledged from the podium.

In his first days in office Alcombright knew that the Governor was a serious and committed ally of the city when “He gave me his private cell phone number.” Adding that he used it just once when the hospital closed.

During eight years in office Alcombright thanked the governor for some $70 million for North Adams. This included some seed money for the relaunched hospital.

"I've brought very much, and our team has brought very much, a sense of governing the whole state," Patrick said, "and I don't just say that to pander to a part of the commonwealth that feels it hasn't been heard or seen in the past. It's because I think that's what we should all expect."

It remains to be seen to what extent Governor Charlie Baker will be a friend to the Berkshires which largely voted for North Adams native Martha Coakley. He starts his term in office with no political favors owed to the less populous end of the Commonwealth.

A highlight of the event was a slide show and overview of the Phase III development by Thompson. This included plans for Building Six by the architectural firm of Bruner/ Cott. These specialists in reuse and mill development have been working with Mass MoCA since the 1980s. The vast space represents three floors that are one acre each.

In addition to developing the space for long term displays by six artists there will be a number of other functions related to preparing exhibitions, and needs for the expanding performance programming. Thompson also displayed maps and diagrams highlighting not just circulation through the campus and its galleries but also in the region. One of these plans includes bike paths connecting to Williamstown and The Ashuwillticook Rail Trail.

It is a former railroad corridor converted into a 10-foot wide paved, universally accessible, passive recreation path. The Ashuwillticook runs parallel to Route 8 through the towns of Cheshire, Lanesborough and Adams. The southern end of the rail trail begins at the entrance to the Berkshire Mall off MA Rte. 8 in Lanesborough and travels 11.2 miles north to the center of Adams. Parking lots and restrooms are available at selected locations along the way.

Remarkably, Thompson indicated plans to have the bike trail actually pass through MoCA.

"We believe this is going to be the most exciting collaboration of artists anywhere in the world," said Mass MoCA board Chairman Hans Morris. Given that the complex of buildings are now more than a hundred years old he emphasized the need for endowment and maintenance into the next century and beyond. An aspect of the Confluence Campaign will focus on those issues.

When the prospect of a build out for Building Six was brought to the board Morris recalled that Thompson was asked for a wish list of artists suitable to the scale and industrial texture of the vast space. While MoCA does not collect it will be long term custodians of works by an A list of artists.

James Turrell was scheduled to attend. The artist, who is a pilot, planned to fly in from his home in Flagstaff, Arizona. The rough weather cancelled that. He was scheduled to have another meeting with Michael Conforti about developing a project for the Clark Art Institute. I asked Thompson for an update on that. Conforti responded that “Nothing had been confirmed Charles.”

Through a Turrell associate who was present I managed to talk with the artist by cell phone. We discussed the nature of light as a spiritual presence, the legacy of this MoCA project which will outlive him, and the status of a Clark project. A report will follow.

We will also have an update of a dialogue with Laurie Anderson who has had a long term relationship with MoCA. Jenny Holzer was also scheduled to be present but cancelled due to illness. We hope to speak with her in the future.

For now there is much to absorb and reflect upon. We asked the architect Simeon Bruner how Mass MoCA compared to the other vast contemporary museums Dia Beacon and Chinati Judd Foundation in Marfa, Texas? He has a lot to say on the topic which will be posted soon.

As Thompson pointed out art lovers won’t see these exhibitions, as is the case with traveling shows, in New York, LA, Paris, London or other major urban centers. They will only be on view at MoCA.

Now and in the future North Adams is a world class destination for an A list of contemporary artists and cutting edge temporary exhibitions. That’s something to brag about for a tough little town in the Berkshires struggling to make ends meet.