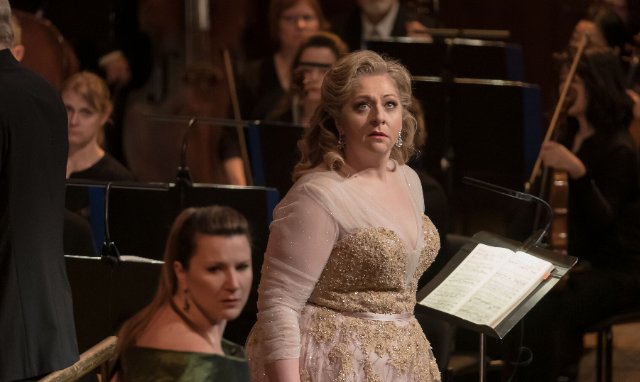 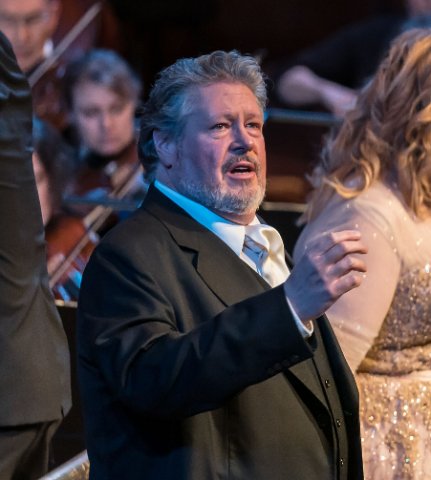 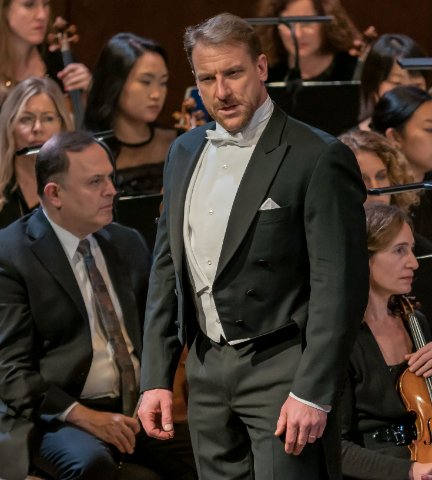 Günther Groissböck sings King Marke, an honorable man who has been betrayed, perhaps by a potion 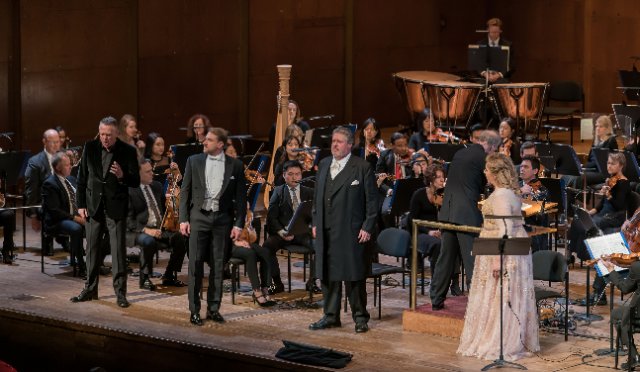 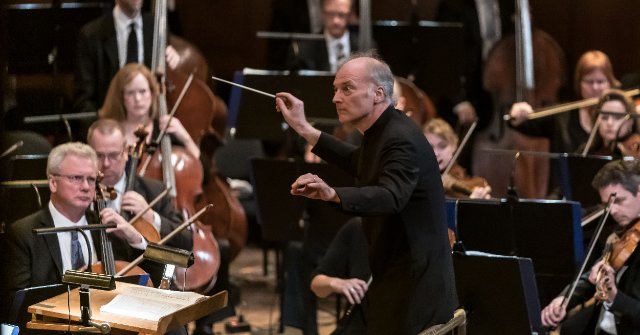 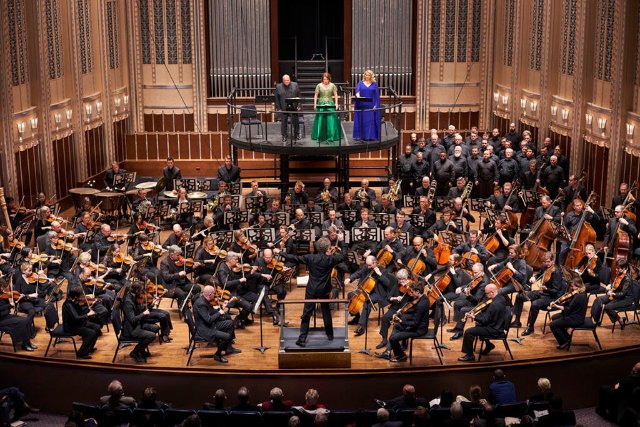 A Cleveland Orchestra concert performance of Tristan and Isolde was sung from the prow of a boat raised over the orchestra so that the singers had a chance to be heard when the entire orchestra played. 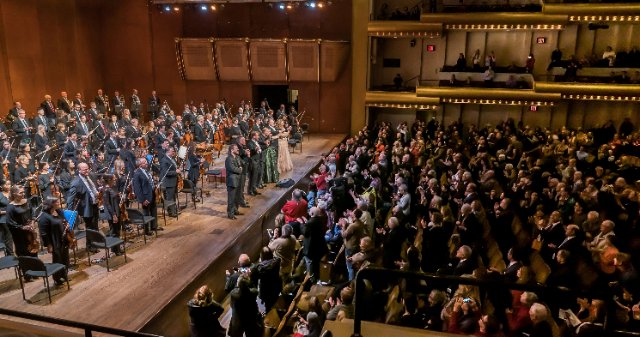 The audience, orchestra and artists all enjoyed the afternoon at David Geffen Hall

Inducing current audiences to listen to Wagner operas is difficult. Ninety minutes seems to perfect time slot for young people. Wagner's operas can last for six hours. Can they be cut? Probably not, without violating their essence. Producing an Act in concert form makes sense. The White Light Festival presented a spectacular concert based on Act II of Richard Wagner's Tristan and Isolde.

Christine Goerke who has found her Wagner voice in the past decade undertook Isolde.  Act II begins with her tortured decision: should she extinguish the torch to signal Tristan's garden visit?  Partnered with the splendid mezzo Ekaterina Gubanova, her faithful servant Brangane, she is emboldened to invite. Her Tristan was Stephen Gould, an American singer whose career has been forged in Europe.  He deserves more exposure in the United States.  He proved irresistible as the errant knight, with a voice of steel often softened by love. His stamina is remarkable, producing tones as strong at the end of the act as at the beginning.

The National Symphony Orchestra conducted by Gianandrea Noseda gave a credible performance of the score.  Both the orchestra and singers weave a continuous spell as Wagner begins his most famous interior journey of two besotted hearts. In concert performance, the singers are on the same stage level as the orchestra.  In the big passages where all the instruments are deployed this created problems.

When Tristan and Isolde was  performed in concert with the Cleveland Orchestra, the prow of a boat was built above the orchestra, allowing the singers their usual override of the orchestra in the pit.  Fortunately, much of the sung music in Act II is accompanied by only a few instruments playing at a time.  With the drama pared down to interior emotions, feelings emerge from the singers continuously.  This could not be called semi-staged, but some effort was made to act the roles.  Goerke can not be held down as an actress.  This made her performance on book sometimes awkward, as passion was expressed and she was moving to the music stand to glance at a word or turn the page.  She has performed what is called a 'reduction' of the opera in Lucerne and Amsterdam this year.  The opera does not appear in her current schedule going forward, but having heard her sing Isolde, one hopes the a full production of the entire work will be in her near future.

Günther Groissböck sang King Marke, the most sympathetic role in the opera.  Groissböck created a wronged but honorable man who is trying to do the right thing.  He has an even-toned yet emotionally-inflected bass which cries out in the pain of betrayal and his wish not to hurt.  His aides do not agree, and Tristan is wounded at the end of Act II.  Neal Cooper as Melot and Hunter Enouch as Kurwenal fleshed out the characters in this Act.

An opportunity to sink back and attend this glorious chromatic drama, the truncated opera was perfect for a Sunday afternoon. White Light Festival's imaginative presentation was compelling for today's audiences.