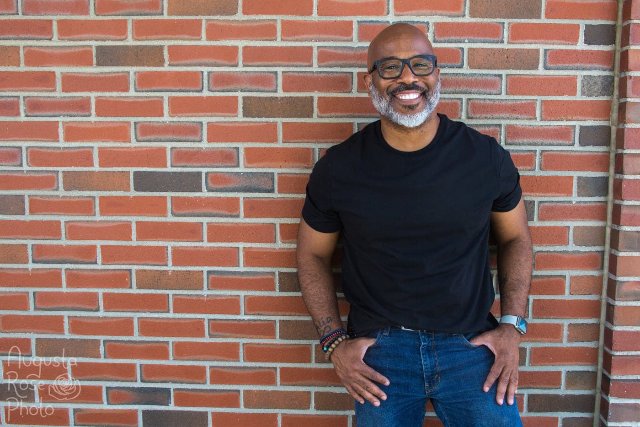 Barrington Stage Company will present a free virtual reading of The Supadupa Kid 2: Move, the action/superhero book by Pittsfield-based author Ty Allan Jackson. The reading will feature a cast of local youth and parents from the Berkshires and NY State Capital Region. Boyd will direct the reading, which will begin streaming free on December 3.

Jackson shopped his original 2012 novel, The Supadupa Kid, to multiple publishers and was rejected by all of them. Jackson ended up self-publishing the book, which quickly became a favorite with young readers, who especially responded to the book’s young Black superhero, Javon Williams. Javon is just a normal kid until a freak accident gives him amazing superpowers. The only problem? The neighborhood bully acquired his own superpowers and is using them to terrorize the city! Javon saves the city by becoming…The Supadupa Kid.

Prior to the pandemic, BSC commissioned a musical version of The Supadupa Kid, which was originally scheduled to be performed by the Youth Theatre in the 2020 season. That production will be scheduled for a future season.

In Jackson’s new book, The Supadupa Kid 2: Move, Javon faces his biggest challenge: the villainous Dark Matter. With the power to control gravity and invisibility, she is a formidable foe. Along with best friend/genius Ronald and new Latina superheroine sidekick Maya Gonzalez, aka Mue?vete, The Supadupa Kid attempts to take down his most wicked nemesis yet.

Ty Allan Jackson is an award-winning children’s book author, literacy advocate, and captivating motivational speaker. In 2011, he founded Big Head Books, LLC, a literacy organization that aims to introduce children to the joys of reading. Ty travels around the country inspiring children and educating adults about the impacts of illiteracy.  A three-time TedX presenter, Ty believes that literacy is the foundation for a successful life and promotes it with humor and enthusiasm. Ty’s work as an author and literacy advocate earned him the Massachusetts inaugural Martin Luther King Jr. Content of Character Award, as well as citations from the Massachusetts Governor, Senator, and the House of Representatives. Ty’s books have been featured on “CNN,” “NBC Nightly News,” “The Steve Harvey Show,” “PBS,” and countless other media outlets. In 2012, Ty’s books were gifted to former First Lady Michelle Obama by his hometown mayor. He is the co-founder of the Read or Else movement and Danny Dollar Academy.