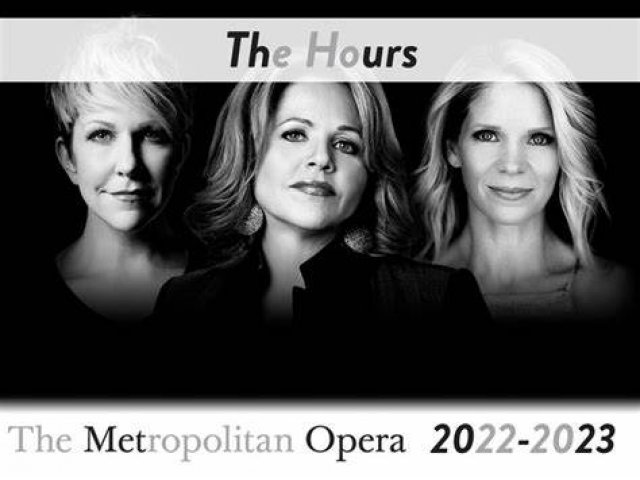 Kevin Puts' The Hours premieres at the Metropolitan Opera 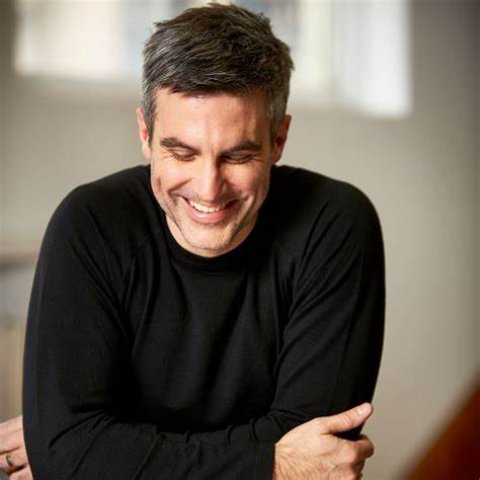 OUT magazine suggested an opera based on the film The Hours back in 2014.  At the time, Fabian Brathwaite wrote: (wishful thinking) Based on Michael Cunningham’s Pulitzer Prize-winning novel, the 2002 Stephen Daldry film is basically two hours of “EMOTION!” Tears, breakdowns, more tears and a prosthetic nose — ingredients for operatic gold. And look no further for casting. Just give Meryl three weeks and a pack of lozenges.

The much-hyped new opera, The Hours, opened at the Metropolitan Opera House in New York. This follows a world premiere of the concert version by the Philadelphia Orchestra last March. The composer Kevin Puts is a special composer of orchestral music. He won a Pulitzer Prize for his opera Silent Night,  co-commissioned by Minnesota Opera and Opera Philadelphia.  Renee Fleming has an affinity for Puts’ writing for the voice.

The Metropolitan Opera Orchestra under Yannick Nezet-Seguin, who also conducted in Philadelphia, gave lush, fully textured colors to the score. Reference to the startling stream of consciousness presentation of the initial underlying property for the work, Virginia Wolff’s iconic Mrs. Dalloway, can be heard in the orchestra. The author Michael Cunningham picked up this technique in The Hours, his re-working of her book. The Philip Glass score, which Stepehn Daldry’s film of The Hours used beautifully, captured this seamless quality of  multiple emotions and thoughts.

Much discussion about the difference between books, film and opera has preceded this mounting of a new opera.  Although it is claimed by some that scenes which take place 'across time' and 'out of time' can only be presented in opera, film clearly can accomplish these time dimensions.

The composer and librettist Greg Pierce have suggested that the chorus would be used in the opera in a way it had never been used before.

It was.  And it makes this opera production singular.  The chorus becomes the interior thoughts of each of the three principal characters. Their grouped presence on stage becomes an important part of the set. It is a living, moving set.  Only opera, of the three forms under discussion, has live bodies on a stage. This new concept for the chorus is a brilliant one. When the group presses together, forming a block, we can feel difficult thoughts and feelings pressing in on a character.

Renee Fleming is a wonderful actress, who often sings the word  “wonderful.”  It recalls Kelli O’Hara’s lyrics in The King and I.  O’Hara is on the Met stage in wonderful voice, opening up after she arrives at stage level.  She starts somewhat remotely on a platform, part of the tiering of this production. Joyce di Donato as Virginia Wolff brings a striking physical presence to her vocal presentation, which is powerful and yet subtle.

For all its juicy elements,  the evening is curiously bland.  Close ups film offers and the pleasure of wallowing in a book are missing. Translating the book and film to opera may not have been a wise choice.  This production does not make the case.

In response to an email question about the selection of Michael Cunningham’s The Hours as the basis for an opera Renee Fleming wrote to Berkshire Fine Arts:

Renee Fleming: Kevin  (Puts) and I were brainstorming ideas for a new opera, when someone in my office suggested The Hours. The idea struck me as perfect. At its heart, it tells stories of three very complex women, of different eras. Opera has the unique ability to make these eras live together at the same time onstage, through the music. So this art form could potentially bring something new to Michael Cunningham’s brilliant work. The story also allows us to treat topics such as LGBTQ relationships, or AIDS at a particular time in US history, which we haven’t seen very much in opera. Kevin’s score is stunning, and I think Greg Pierce has done a masterful adaptation of the novel with his libretto.

I presented The Hours as a potential project to the Metropolitan Opera, together with the composer, Kevin Puts. Although the Met has programmed a lot of new work in recent years, I wasn’t certain of a positive response. But they said yes immediately.

(Ed Note:  Recently Nico Muhly’s Two Boys at the Metropoltian Opera, Milk based on the life and death of a gay San Francisco Supervisor, Brokeback Mountain, and Angels in America have all tackled these subjects.)

Kevin Puts, the composer, was in dialogue with BFA after a concert premiere of this work in Philadelphia last spring.

Berkshire Fine Arts :  How will you musically address the three different time periods in which the three main characters in The Hours live

Kevin Puts : I do not make super rigorous attempts at representing the time periods as much as I do in illustrating the situations in which the characters find themselves. One situation which is definitely specific to the era is Laura Brown's inability to be part of her husband Dan's world of post-WWII domestic, suburban bliss. His world is alien and threatening to her, as much as she wishes she could invest in it. I wanted to draw upon the glossy, optimistic Nelson Riddle/Lawrence Welk lushness and sparkliness of that era. It was interesting to discover actually how close this harmonic and textural world is to that of Maurice Ravel and Daphnis and Chloe! So there is some exploration of French Impressionism in Laura's scenes as well.

I think Clarissa's music is, by and large, built on "American" harmonic styles from American romanticists up through Post-minimalism, but this has always been my realm harmonically. There is a kind of post-minimalist rhythmic propulsiveness to a lot of her scenes as well.

Virginia's world is more spare, kind of Baroque in it's gestures, always redirecting itself harmonically, to evoke her sense of feeling trapped in Richmond when she longs for the wildness of London.

BFA: Will you address bi-sexuality and frustrated homo-erotic feelings in the music, and if so, how?

BFA: Any remarks on Glass score for the movie based on The Hours, or on Michael Rieman’s piano reduction?

KP: I have always loved Philip Glass' beautiful score for the film, but I went a different direction in establishing different types of sound worlds to tell the story. So the music, with the exception of some ostinati I suppose, bears little resemblance to the film's score.

BFA: Why is the story of The Hours appealing for opera?

KP: What is appealing is that we can do something that is virtually impossible in film or in a book. Music allows for the lines between the three stories/time periods to gradually blur and overlap, through duets, trios etc. until eventually there are no boundaries and the characters exist in a world outside time and space. It was a very exciting prospect once Greg Pierce and I realized what was possible. And when we decided the role of the chorus--which operates primarily in singing the internal expression of the main characters--could be more substantial than in perhaps in any opera in history and could contribute to a rich sound world in conjunction with the kind of orchestration I like, we were further excited by the possibilities of this operatic treatment of Michael Cunningham's incredible work.

KP: There is definitely a theme of water, which is established immediately, in the prolog. And in Richard's apartment, which Greg describes as being almost under water in its dilapidation. I am certain the audience will hear many musical suggestions of water throughout.

BFA: Particularly the book is filled with a sense of the quotidian.  Do you attempt to capture this in the score?

KP: That is a really interesting question and you are right, Michael Cunningham somehow makes the quotidian absolutely riveting in this book. I would say, the kind of opera we are writing, "big" opera for the stage of the Metropolitan Opera makes such a thing challenging and potentially unsuccessful. However, the opera takes place over the course of a single day in each of the three stories. Greg begins each of  these stories with a discussion of breakfast ("Have you eaten your breakfast?" etc). I tried to create a sense of the routine, the everyday in these moments.

How this will all come together on stage will be revealed when the opera opens on the Met stage this week.

Conversations with Michael Cunningham, author of The Hours, and Michael Riesman, who transcribed the Philip Glass soundtrack of The Hours for piano, follow.