Celebrating a Titan of Contemporary Music 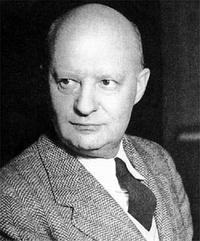 I went away to college in the early ‘60’s. The school I had chosen, Quincy College (now a university), had a small music department – something like five full-time faculty and a freshman class of eight music education students.

At the time, I knew nothing of classical music – had yet to hear the Beethoven 5th all the way through. I had no idea of where Bach or Brahms fit into the classical firmament, and it would be years before I fully grasped the periods of Western art music – Baroque, Classical, Romantic and 20th-Century. But I did know – or thought I knew—a good deal about jazz. For instance, I knew that Miles Davis was hip, John Coltrane was very hip, and Ornette Coleman was ultra-super hip

Armed with that knowledge and several record albums I had decided to study music and eventually earn a living at it. In my second week at Quincy, I met an upperclassman composition major, the one person in the department whose future did not include high school band directing or chorus conducting. He owned few clothes but plenty of books and records.

The records played constantly in his room, where some of us gathered nightly. We listened intently as the composition major lectured on every record he played. He liked works of modern composers. Stravinsky was still living then. Schoenberg and Bartok had passed less than two decades before. Hell, when I was a college freshman, Richard Strauss had only been dead for 14 years.

Of the modern composers played in that dorm room, none were listened to more frequently than Paul Hindemith. He was our favorite and not a night went by that we didn’t listen to Mathas der Maler or his Symphonic Variations on a Theme by Carl Maria von Weber. Hindemith had endeared himself to music majors everywhere by writing sonatas for every instrument imaginable.

Instrumental music majors at one time or another performed the Hindemith Sonata for Trumpet and Piano, Clarinet and Piano or Whatever and Piano. There was a pile of them, pieces that everyone wanted to play but no one wanted to listen to.

By Christmas break of my freshman year, I no longer cared about Miles, Coltrane, Ornette or any of Hipdom’s other proponents. I was a full-fledged Hindemithian and capable of boring anyone with a glowing appraisal of the composer’s oeuvre.

His works, I thought, are what modern music should sound like. And while the rest of the musical world fawned over the Schoenberg School and its 12-tone creations, college kids like me, loyal Hindemithians, would keep tonality’s flame burning bright or so we thought.

Fifty years later, tonality is bigger than ever, but Hindemith is almost forgotten. In the middle of the last century he was considered an equal to Bartok and Stravinsky and now he’s little more than a 20th-century footnote. Musicians roll their eyes when I tell them my I-Pod contains both the Hindemith Requiem and his 24 preludes and fugues, Ludis Tonalis.

Oddly enough, as I age, I look more like him. I could be a Hindemith impersonator except there’s no market for it. His name doesn’t carry quite the same cachet as Elvis’s. Even so, he’s still a hero of mine.

This year marks the 50th anniversary of his death. There won’t be Hindemith retrospectives offered by leading symphony orchestras (they do have to sell tickets). And while Stravinsky was honored with a US postage stamp, I doubt there’s anything similar in store for Hindemith. Seems unfair for someone who was once considered one of the last century’s major musicians.

If I had the means and the energy, I’d organize a festival of some sort. Instead I’m commissioning a Hindemith Bobblehead for my office. Barack Obama has one. So does Oprah, so why not Hindemith? I’m going to stick it on a small pedestal with a plaque that has my favorite Hindemith quote: “There are 12 tones. Treat them carefully.” You gotta love that guy.