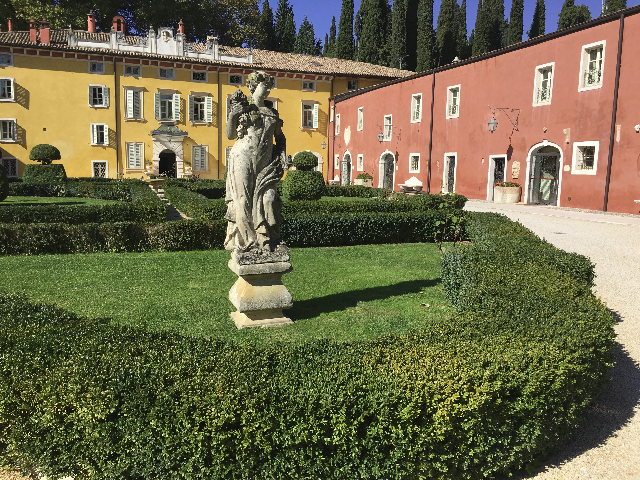 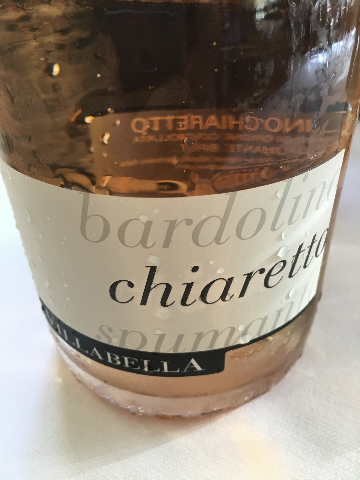 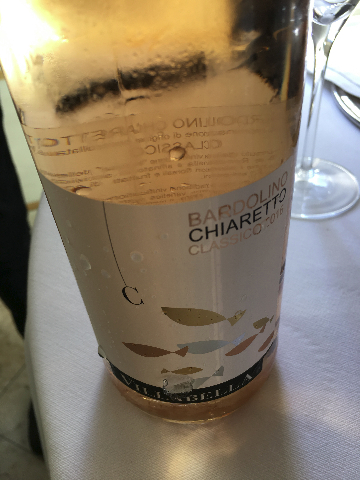 Amazingly beautiful, well kept, and classic in the true sense of the word, Vigneti Villabella is an Italian vine-growing estate. It is located in Calmassino, on the morainic hillside, with views of Lake Garda, in the province of Verona.

Rediscovered and revamped to its ancient glory, partners, Giorgio Cristoforetti and Walter Delibori, had a clear vision and knew the potential of this acquisition they purchased years ago..

Today, after 40 plus years of hard work and dedication, one now realizes that the potential has been surpassed at Vigneti Villabella.

Sustainable wines are the goal, a balance between nature and terroir. The original 25 acres have grown to 60 acres, focusing on organic farming techniques. Of the many varietals grown on property, the ones that make up Chiaretto have been applauded.

Chiaretto is the rosé version of Bardolino, made from some of the same grapes, Corvina, Rondinello and Molinara.

It is a dry and crisp wine made from red grapes using white winemaking practices. The juice’s exposure to the grape skins is limited to 6-8 hours traditionally, resulting in a pale rosé color that is truly appealing to the eye. The wine's body is closer to red wine than white. It is a serious wine whose grapes are used in the production of Valpolicellas’ most famous wine, Amarone.

Vigneti Villabella is both a winery and a luxury hotel, part of the Relaix & Chateaux group.

Monica Margona, head of PR for the Villa, explained the history and present position of the hotel. She was clear that success was looming. That thought was backed up by family member and General Manager, Franco Cristoforetti, as he led us on a tour of the property.

A toast of ‘Sparkling Chiaretto’ followed and lunch was served. The sparkling wine was both crisp and refreshing, quite dry, yet lingered in your palate long enough to realize that this sparkling wine was a real star. I cements years of hard work to bring Vigneti Villabella up to the 21st century.

As wonderful as the ‘sparkler’ was, the still Chiaretto proved to be in a class of its own. Dry with obvious minerality it paved the way for the pasta that followed.

As the saying goes about Chiaretto, it really is ‘A Lighter Shade of Pale.’