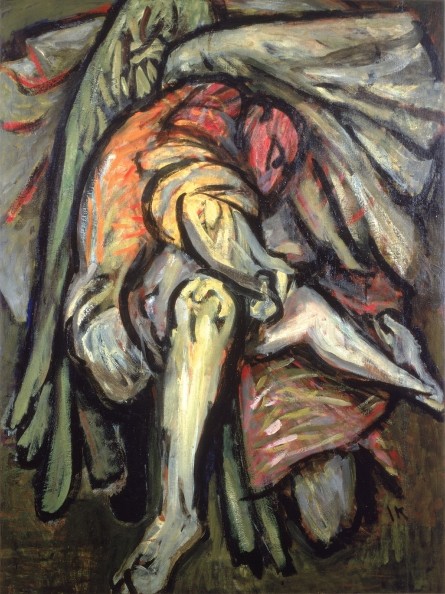 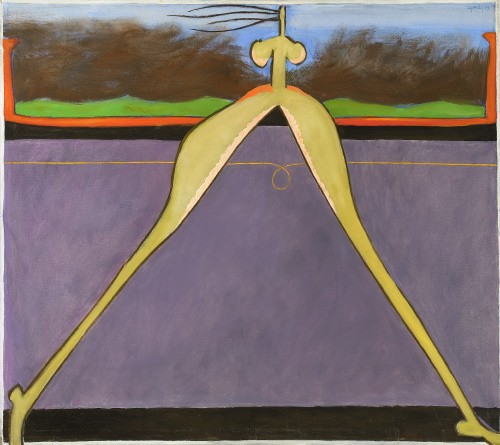 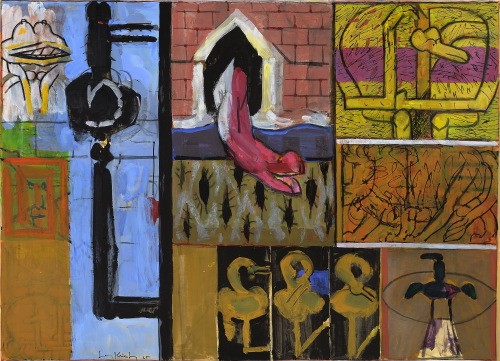 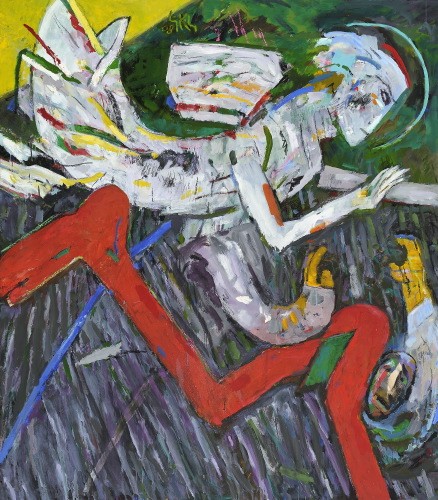 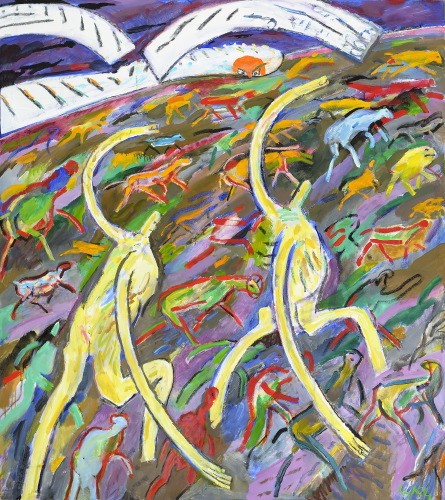 Photograph by Matthias Kriesberg.
I met Irving Kriesberg just about eight months ago and what followed our first meeting could not sufficiently be described by words. This has been the case for Irving's visionary approach for painting, sculpting, which can't simply be expressed through the words of a critic, historian or anyone standing in front of one of his painting. Irving's work is a result of a painter who had experienced a long life here on Earth and similarly in his own world where dream like images juxtapose reality.

I started our correspondence with a strictly academic concept on what I knew about modern art, in particular Figurative Expressionism a topic that has received very little recognition on the academic Art History side. I had a loose thesis for which I wanted to explore, which I roughly knew would be about the American Figurative Expressionists on the East Coast. These artists were working during the time of the Abstract Expressionists and while they created work with a similar gusto as their predecessors, they returned to working with the figure and the image of mankind. Like the Ab Exers, Figurative Expressionists sought an absolute style by tapping into their collective unconscious and creating images that form from the automatic application of the paint. Much has been written about archetypical language ("Jungian" psychology) and "Greenbergian" formalism when discussing the American Expressionists.

This all began to sound like total intellectual art history and that is exactly where I had started off. Irving held nothing back. At first he made it known that he was "appalled" by my writing. I took this rather harshly upon hearing it but I knew Irving was right. I couldn't disagree; I would have to forget what others have said or what is broad and often impersonal knowledge and delve deeper into the psyche of the artist. Through probing Irving to answer tough and personal questions we were able to reflect on his work in ways that revealed a rare occurrence with an artist. One that isn't afraid to reveal art as a method of poignantly expressing what the artist experience both in reality and through his mind. Irving spent his career striving for the absolute in style and a groping for spiritual yearning, and by letting his hands compose and his mind play along he had achieved both
of those things.

Right now I am sitting here and writing this with more knowledge and enthusiasm for art and life than anyone could imagine. Irving changed my life in eight months. From just having an inkling of what I wanted to do, I know now that I have my niche and my passion in the field of art, which is my life. I know what it means to be an artist who embodies the spirit and the magic of painting. I have seen this absolutely through my relationship and friendship with Irving.

He has that ability to change outlooks and it is one reason why his paintings are so monumental. Looking at works like Jacob's Struggle (1945) where two figurations are engulfed in a whirlpool of struggle, I feel like my journey begun where Irving's did as well. In this painting the expression indicative of spiritual or worldly yearning reminds me of personal longing to figure out myself. His paintings go on to invite me into a labyrinth of dream like environments that seem analogous to reality in some inexplicable way. When you take into account our collective conscious, it can be assumed that dream like images have mystical intent. While Irving doesn't see any allegorical intent in his paintings, shared personal conditioning allows us to bond with them. Only when I decided to take Irving's approach and free my mind of ideas, is when I see the true magic of his incredible paintings. These are relics of modernism from one of modern art's last great painters.

Thank you for everything, I will miss you Irving.


Back to People Section Home