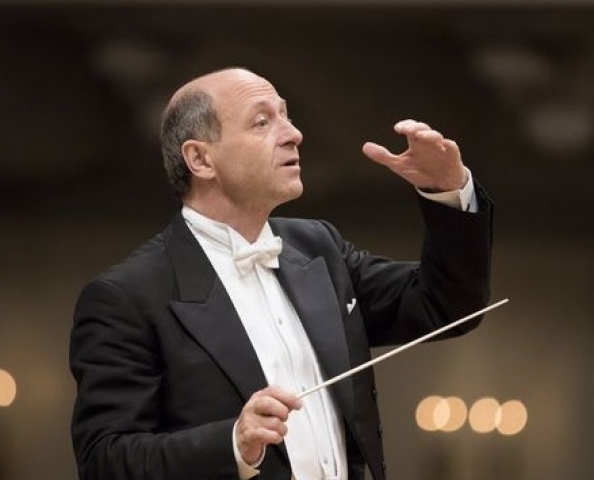 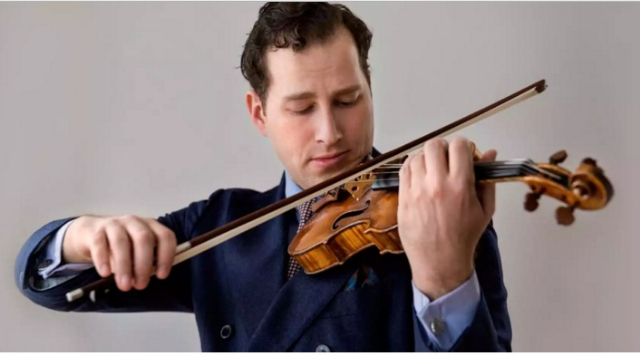 Conductor Iván Fischer led the New York Philharmonic in a startling program, not because Beethoven’s Violin Concerto in D Major or Dvorak’s Eighth Symphony in G Major are unfamiliar. Yet they sounded particularly new and fresh in this performance. Fischer characteristically releases phrases in a swell and dares to experiment with dynamic extremes, particularly in the Beethoven, where both the soloist and the orchestra often whisper.

The audience joined with the performers in paying acute attention to the sounds and musical shapes emerging. Was this because the orchestra was mounted on risers? And, for instance, the double basses were placed on the top tier, facing us directly.  Double bass Orin O’Brien, the first woman hired by the New York Philharmonic, always hides in the back row on the stage floor stage left. Now we get to watch her along with fellow bassists.

Watching is not what this was about. It is the sound of the bass rising over the woodwinds and brass and out to us in a novel and ear-catching mix. The cellos dominated the first row of strings surrounding the conductor. The timpani is still tucked in back.

The timpani famously introduces the Beethoven. One early conductor announced that he did not need instructions on the tempo from the timpanist.  The conductor had misread the score and those introductory timpani beats.

The overall sound was warm and thick, but could still yield precision and clarity. Performers undoubtedly experienced the music in unusual colors too.

Nikolaj Znaider was soloist in the Violin Concerto.   His dazzling take on Fritz Kreisler’s cadenzas crowned a performance which matched the orchestra’s in daring dynamics. How can whispers fill a large hall? The silence of the audience, so taken with this performance, made quiet all the more intense.

The eighth symphony of Dvorak is full of music talk between sections of the orchestra. The birdsong in flute, and the calls to dance from the trumpets were among the many pleasures delivered. Although the overall impression if one of major joy, Dvorak starts the piece with a minor introduction, and its dark tones color the symphony throughout. Its overall effect is intimate, as was this evening. We were embraced by the risers with instrumentalists extending from the stage in magnificent music.

These experiments in delivering sounds of different textures and weights are representative of many ideas that musicians are putting forth to make the symphonic experience more satisfying to the audience. Certainly Fischer and the New York Philharmonic had their audience rapt. It was a remarkable evening at David Geffen Hall.