Sandy and Gerry on Broadway 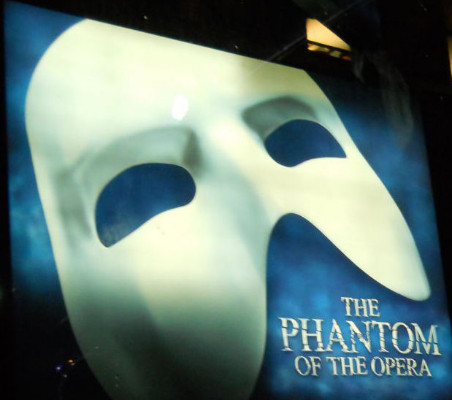 Phantom is still on Broadway. 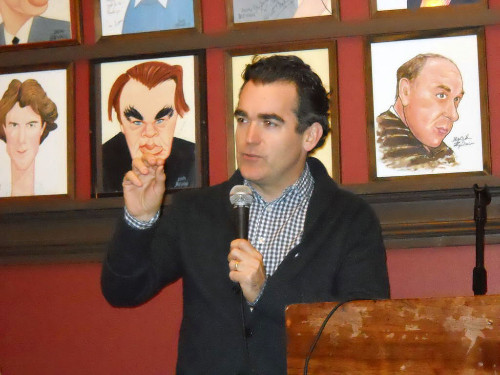 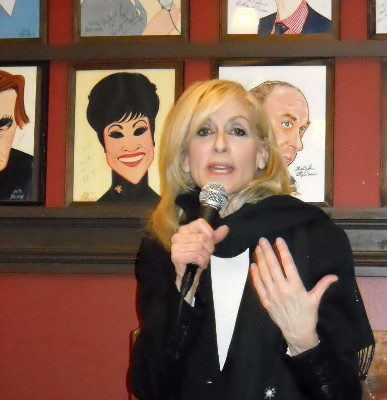 Judith Light sat at our table. 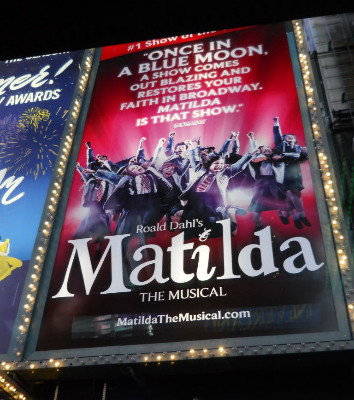 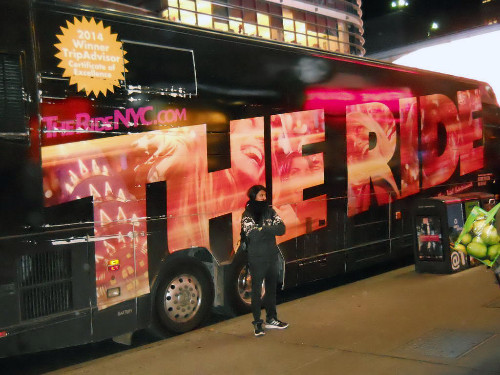 Taking a spin on The Ride. 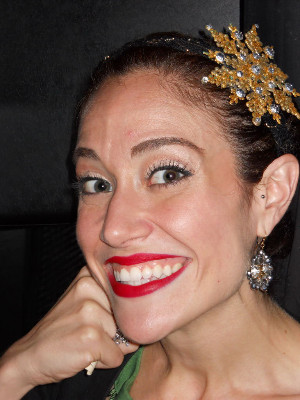 Our attractive guide for The Ride. 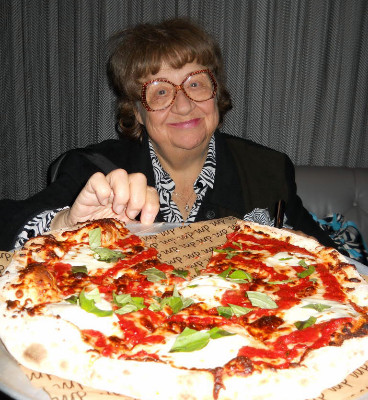 Sandy enjoying pie in the sky. 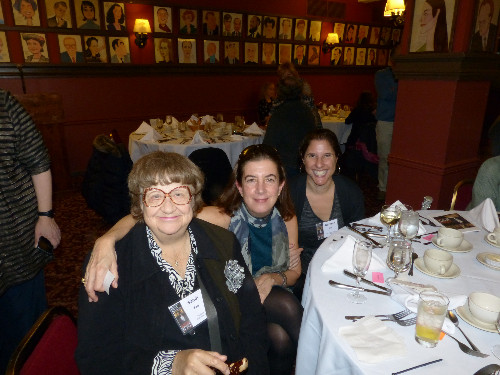 Sandy and friends enjoying the ATCA lunch at Sardi's.

The Macy's Thanksgiving Day parade evoked our recent visit to New York City for an American Theater Critics Association (ATCA) mini-meeting. Most enjoyable is the hour before giant balloons, super bands, fancy dance groups and singers adorning fancy floats that march down the parade route. It's when we get glimpses of the best of Broadway musicals.

The musical Something Rotten was one of the best musicals we have seen in ages. It is so refreshing and original! It was thrilling to have a second chance to enjoy the singing and dancing of such talented performers.

Coming to New York City from Charleston, South Carolina is always a pleasant culture shock. Gerry and I try to see as many shows as possible during time when not attending ATCA programming. Some tickets we obtained before the trip and others we purchased the day of performance.

Our hotel The Row (700 8th Ave, New York, NY 10036) has a location that helps make getting to shows manageable without public transportation or cabs. Set in Times Square and adjacent to the Majestic Theater, this hip, art-filled hotel is a 12-minute walk from Rockefeller Center and 0.6 miles from Madison Square Garden. The Row is a gorgeous up-scale comfortable hotel which provides dining opportunities as well as Thursday night special singer and band.

As busy as a place it is, you have a feeling of caring and friendliness. We use to stay at this location when The Row was The Milford Plaza and a bit on the shabby side.

Gerry provided delicious breakfasts daily from the Carve across the street from The Row. The giant veggie omelet with a bagel gave me two meals daily. It provided much needed energy as we rushed from mini-meetings to Broadway shows.

We arrived Thursday on a flight from Charleston, SC and it was too early to get into our room. We checked our bags with the bellman and went out to explore Times Square and get an idea of how close some of the theaters were to our hotel. As I was enjoying my bag of French fries from The Row's City Kitchen food court, I struck up a conversation with a tourist. He said he was going to a matinee of Phantom of the Opera. I didn't know there were any Thursday matinees. So we rushed over to the box office, and because of my cane, we were able to purchase handicap seating. Theaters told us of handicap bathroom facilities which I gratefully appreciated.

That evening we were thrilled to see The Gin Game with Cicely Tyson and James Earl Jones . I am still reciting some of the memorable dialogue. A friendly usher brought me the Playbill that Cicely Tyson autographs to be given to anyone with a cane. How special was that!

Since Friday was going to be a full day of mini-meeting activities, I chose to go on The Ride sightseeing attraction. It is part 90 minute tour, part show, and total entertainment. This interactive experience is where the streets of new York City are stages! There were singers and dancers at many stops on the bus route. The special bus had stadium seating with floor to ceiling glass windows. The tour included Midtown Manhattan and the Upper West Side. Two talented tour guides provided informative descriptions of all the sights including Broadway District, Times Square and more.

The special Saturday part of NY mini-meetings is "Luncheon with the Stars of Broadway." Bravo to Sherry Eaker and Ira Bilowit for organizing the opportunity to meet the stars in person and thanks from all ATCA members for the fantastic mini-meeting. At our table was the fabulous and beautiful Judith Light whom I have admired since the sitcom "Who’s the Boss" (1984-1992).

After lunch we went to a matinee of Dames at Sea which provided energetic tap dancing from the six cast members.

Saturday evening was special because Something Rotten just blew me away! I could see this show many times over. It is now one of my favorite all time Broadway musicals. It is full of star-quality entertainers.

After ATCA’s wonderful and educational Cabaret session moderated by the perky Sherry Eaker on Sunday morning, we went to the matinee of Fools For love which was thought-provoking and steamy.

To take in another musical, we went to the box office of Matilda. They saw my cane and offered us handicap seating which made our seats comfy and affordable. The show was full of the most talented kids on Broadway.

On the way to Matilda, we passed an area where Bruce Willis was being interviewed by TV stations for his opening in Misery. I could have snapped a picture of the scene but now it's only in my mind's eye.

Thanks again to ATCA for giving us a reason to come to New York to enjoy Broadway shows and sightseeing opportunities!