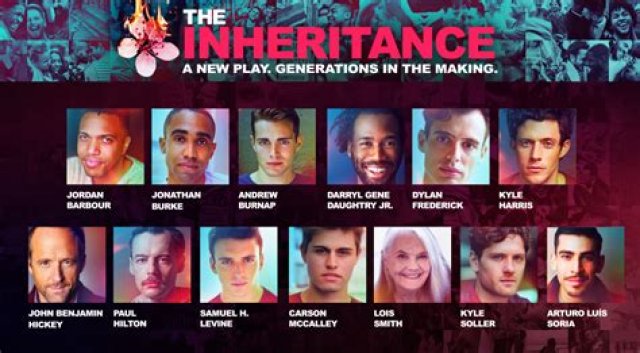 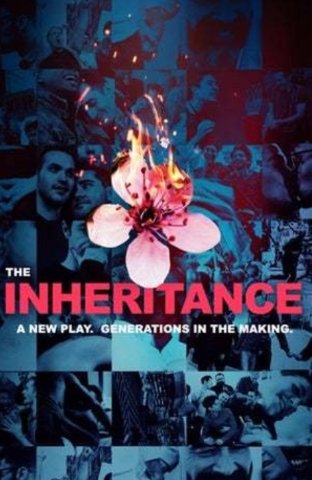 The Inheritance in Two Parts on Broadway

The moving two-part drama, The Inheritance, began its stage life at the Young Vic in London. The play transferred to the West End and is now on Broadway.  For seven hours, divided into two sessions of theater, the history of gays in American unfolds.  At its heart, the playwright Matthew Lopez weaves language of great beauty mixed with humor.  Spanish words are sprinkled throughout, ay meo (oh God), la fiesta (the party) and maracon (faggot) among them.  These are not phrases but rather exclamations.   The word 'faggot' is never used in the play.

Frequent reverses create ah-ha laughs of recognition.  "I'm not used to spending your money," says Eric, s young man of limited means who has just married a billionaire. Henry replies, "When you are, you should stop spending it."

The stage setting designed by Bob Crowley is an enormous ceremonial table. Or perhaps it is a huge bed, where the transmission of the AIDS virus often begins.

While AIDS writ large infects the characters, this is not an AIDS play.  It is a human drama about real human beings.  No caricatures appear.  They may have distanced us sufficiently to respond to Angels in America.  Here we are up close and personal with lives of real people.  We share in joy and sorrows.

The richness of playwright Lopez's perspective is so well-woven that only on reflection do we see how his tools work.  Characters both enact a scene and comment, third person, on their roles as the story moves forward.  The superb acting and direction by Stephen Daldry make transitions from first to third person smooth and imperceptible as they subtly delight.

A chorus of young men who sit around the central table/bed offer commentary from time to time.  Central among the themes are a discussion of what the movement will become moving forward from its success.  Gathered in the 30 million dollar, West Village townhouse of gay billionaire Henry, the chorus pokes fun at his Republicanism.  Sometimes the group looks like apostles at the Last Supper table, although their number is never twelve.

To assist in telling the story, we have none other than E. M. Forster, brilliantly conceived by Paul Hilton, who also plays the first lover of the billionaire, Walter. Walter was Henry's partner at the beginning of the AIDS crisis.  Their relationship effectively ended when Walter started to use the house they lived in together, a modern Howard's End, as a refuge for dying gay men.  Two hundred men were buried on the property. Central to the new/old house is a cherry tree, a tip to the great story telling of Anton Chekhov.  Its leaves and billowing smoke are the only two effects which extend the stage's central table.

A frenzied Fire Island scene bursts onto the stage, in stark contrast to the quiet order of this disquieting tale.  Music, dancing and bare bodies fly through the air.  It is here that Leo, a sad young man who usually sells his body, is the object of excessive sexual aggression.  Bloodied he at first ignores the virus he has contracted.  One assumes he will die.

The splendid character development throughout makes the confusion about who Toby Darling is  startle.  We know he is a successful novelist and playwright, although his friends identify his work as untruthful.  Andrew Burnap is first-rate in the role. The mystery of his past trauma threads through both parts of the play. Yet the revelation of his boxed early history is disappointing. We are surprised and pleased to discover that we are watching his last work, declared by all the agents and producers who read it that it is too long and confusing to mount.

The Inheritance is neither too long nor too confusing.  It grips us moment to moment as we are sucked into the intimate relationships of gay men.  Up close and personal straight people can identify with their all too human triumphs and foibles.  The play enthralls us as it develops, egged on by the suggestions of Forster.  It is indispensable Broadway theater.