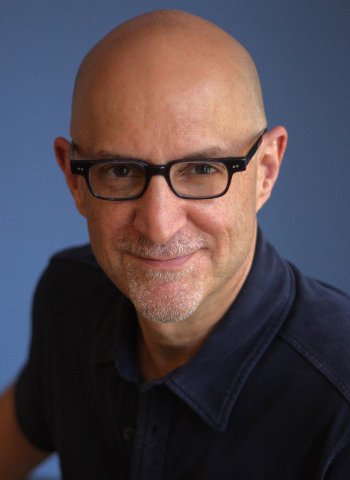 “I am tremendously excited to welcome these outstanding new Associate Artists,” said Artistic Director Julianne Boyd. “Each one has made a significant contribution to the work we do at Barrington Stage. We could not have accomplished all that we have without their expertise and enthusiastic support.  I am indebted to each of these artists for making Barrington Stage a more creative home for everyone who works here."

Jeffrey Page’s BSC credits include Company and Broadway Bounty Hunter (Berkshire Theatre Award)  An Emmy Award-nominated  director and choreographer, he spearheaded the 2015 and 2018 Tokyo productions of the musical Memphis, which received four Yomiuri Award nominations, including Best Musical. The first African American to be named the Marcus Institute Fellow for Opera Directing at The Juilliard School. Mr. Page won an MTV Video Music Award for his work with Beyoncé, whose creative team have included him for more than 12 years. His work was featured on Beyoncé’s The Formation World Tour, in her historic Coachella Valley Music and Arts Festival performance, and in two of her HBO specials. Mr. Page was the associate creative director for Mariah Carey’s Sweet, Sweet Fantasy European Tour, and has been a featured choreographer on Fox Television’s So You Think You Can Dance. He currently is the creative director for singer-songwriter Jazmine Sullivan, most recently working with her on the 2020 BET Soul Train Music Awards. Mr. Page was in the original, award-winning Broadway cast of Fela!. He worked alongside Tony Award-winning composer Jeanine Tesori to choreograph the hit Broadway musical Violet starring Sutton Foster (Roundabout Theatre Company). In 2016, he established Movin’ Legacy as an Indianapolis-based nonprofit organization dedicated to the ethnology and documentation of contemporary and traditional dance from Africa and the African diaspora. Jeffrey holds a MFA degree, with a concentration in Theatre Directing from Columbia University in New York City, and serves as a lecturer at Harvard University and The Juilliard School. In 2019 he was awarded the Chuck Davis Emerging Choreographer Fellowship from the Brooklyn Academy of Music. Currently, as co-director and choreographer, he is working with Diane Paulus and the American Repertory Theatre at Harvard University to mount the Broadway revival of 1776.

Alysha Umphress’s BSC credits include: On The Town, Funked Up Fairy Tales, The Hills are Alive, Songs by Ridiculously talented (x3) and many other concerts. Broadway: On The Town, American Idiot (OBC), On a Clear Day You Can See Forever, Priscilla Queen of the Desert, Bring it On!. Off Broadway: Scotland, PA, Smokey Joe’s Cafe (Lortel Nominee and Chita Rivera Award winner), Make Me a Song (The Music of William Finn). TV: Bonding, The Climb, Law and Order: SVU, Royal Pains, Nurse Jackie. Recordings: On The Town, Wonderful Town (Ruth) with the London Symphony Orchestra, American Idiot, Bring it On!, Fugitive Songs and I’ve Been Played; Alysha Umphress Swings Jeff Blumenkrantz.