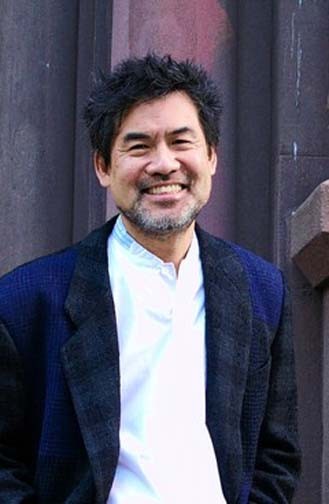 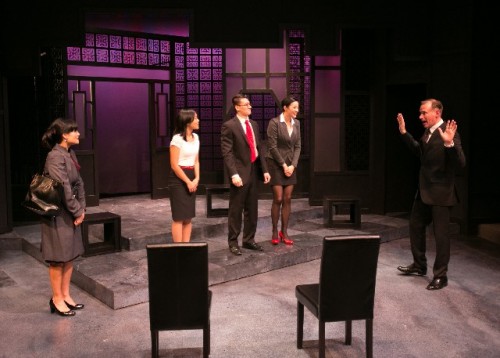 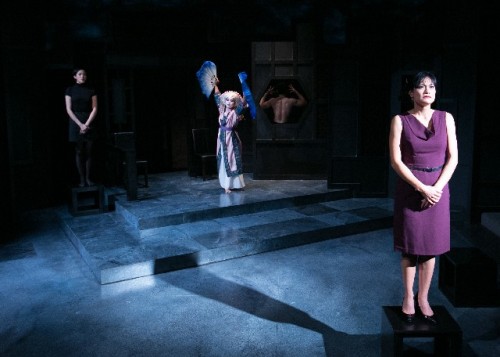 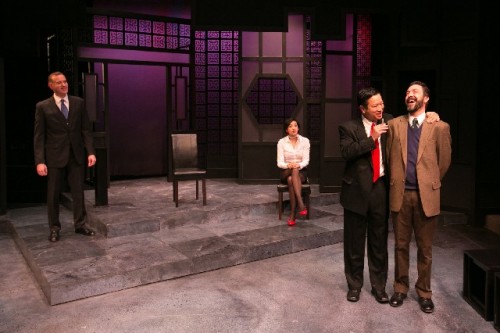 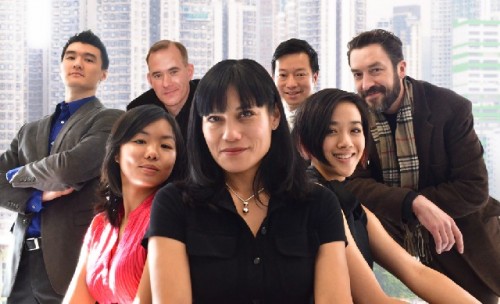 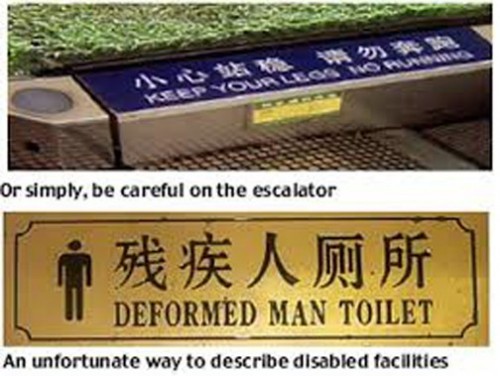 Typical Chinglish Signs in China with Translation from Mandarine 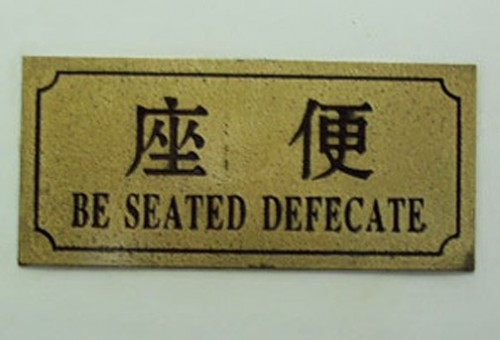 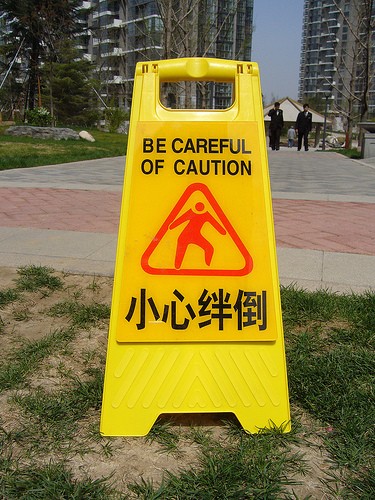 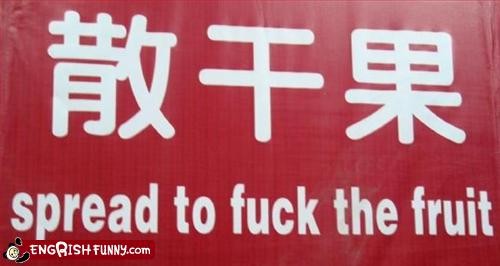 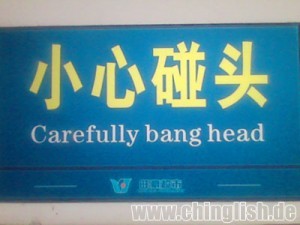 Note: The term "Chinglish" is commonly applied to ungrammatical or even nonsensical English in Chinese contexts, and may have pejorative or deprecating connotations and meaning. This  reflects the attitudes of those who apply the label. Misspellings and misappropriation of words are not uncommon.

David Henry Hwang's clever and insightful play grew out of his experiences that he had on business trips to China. On one visit to Shanghai in 2005, Mr. Hwang was taken to a brand new arts center where everything was nearly perfect except for the badly translated signs. This was the first time that he saw Deformed Man's Toilet for Handicapped Restrooms.

This type of bad translation was on restaurant menus as well. Of course Emancipated Cow Juice would be Chinglish for fat-free milk, and so on. This was caused by the simplification of the Chinese alphabet and the contraction of symbol meanings during the time of Chairman Mao.

Though the play initially focuses on humorous wordplay, Ching•lish raises more serious questions about doing business in China, a culturally very different way of life, politics, commerce and personal relationships. Language is the most superficial level of human communication and interaction, but it frames much of life.

A couple of decades ago, Wah Foong, an electronics and appliance store established in 1974, made a series of brilliant commercials on the hip Boston radio station WBCN. These very sophisticated promotional pieces made fun of the way Chinese immigrants butchered the English language and misinterpreted nuances of meaning.

We chuckled about the short spots' cleverness. The commercials were in Chinglish many years before the term was coined. They apparently sold a lot of products. The firm is still in business in Brighton, MA. Wah Foong's creative outreach forshadowed Hwang's notion of Chinglish.

A key to Ching•lish is communication. The supertitles projected above the theatrical action in this production are humorous counterpoints to what is meant and what is wrongly translated. This misinterpretation is spoken as well as projected. Both are hilarious.

Ching•lish demonstrates that business is not just normal Western-style business in China. Because business relationships in China are very formal and often need to deal with bureaucratic officials, an American approach often does not work.

When doing business in China, establishing a contact to act as an intermediary is important. This brings with it multiple benefits. They can act as a reference, be your interpreter and navigate you through the bureaucracy, legal system and local business networks. In the case of Ching•lish, Ohio Sign Company picks the wrong consultant to act as its intermediary. Initially, things do not go well. The narrative flows from there.

All of the cast in this production played their parts well. The show's main characters are not written by playwright Hwang to be sterotypes but are realistic individuals from a specific background. The most delicately rendered was Celeste Oliva's Deputy Commissioner. She was a layered personality who's limited English did not limit her expression of personal feelings, frustration and sexual infidelity.

Alexander Platt's English teacher/consultant Peter well-played the character's duplicitous nature. As a consultant, he is too slick and too good to be true. His Mandarin was astounding. Barlow Adamson's Daniel Cavanaugh was every businessman of a 40-something age that is not as simple-minded as he appears when first introduced.

Dahlia Al-Habieli's set design is beautiful and elegant. There is a classical Chinese elegance to it while having a minimalist contemporary feeling. It works on many visual and evocative levels. The lighting design by Matthew Whiton punctuated the narrative. Larry Coen's direction is seamless.

Ching•lish tries to show that even when you literally understand the words, you may not contextually. Sometimes you might as well be speaking a totally different language. This is a function of underlying cultural assumptions and practices that may vary dramatically between two cultures.

In a way language is like the Great Wall of China: keeping out invaders and keeping in the indigenous culture. The Great Wall is even referred to in the play as not keeping out the foreigners. The very serious point of the playwright's clever and funny story is that cultural and societal context effects understanding and nuance of what is not only said but what is actually meant.

The seeming lack of understanding, lack of empathy is caused by an idiom disconnect. This  is due to a lack of figurative language understanding. Communication can be calibrated in degrees by nuance. Nuance is everything in true communication. And this is one of playwright Hwang's major points.

Hwang uses Ching•lish as a vehicle to establish the similarities and the differences of the at times conflicting cultures of American business practices and current Chinese commerce while showing that sex, scandal and personal secrets paint portraits of very human interaction. It is all done with clever humour and insight. Quite an achievement!

Ching•lish is a must see theatrical treat.