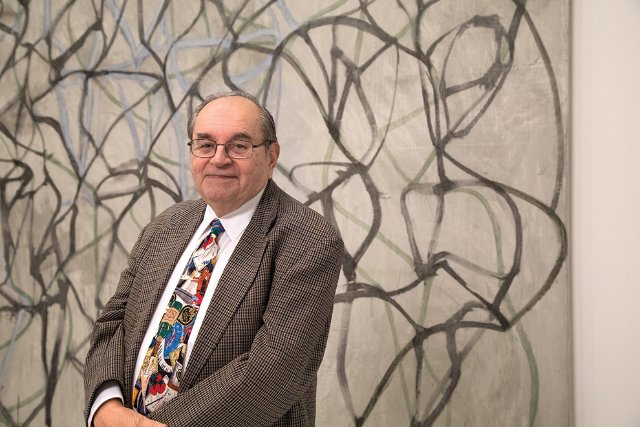 James T. Demetrion, the second and longest-serving director of the Smithsonian’s Hirshhorn Museum and Sculpture Garden (1984–2001) and director of the Des Moines Art Center (1969–1984) and Pasadena Art Museum (1964–1966), died Nov. 29. Demetrion had celebrated his 90th birthday in July.

Demetrion was known widely for his excellent “eye” in selecting modern and contemporary art. During his time at the Hirshhorn, he focused his work on strengthening the museum’s permanent collection by transforming Joseph Hirshhorn’s private collection into a national museum representing the art of the present day. Maturing and diversifying the collection, Demetrion oversaw the acquisition of works by leading artists such as Glenn Ligon, Bruce Nauman, Clyfford Still, Nam June Paik, Lucien Freud, Ana Mendieta, Gerhard Richter, Claes Oldenburg, Robert Gober and Jean Dubuffet, among others. Demetrion was also responsible for orchestrating the launch of a viable acquisitions fund, growing the annual endowment from an annual budget of $150,000 to a viable $30 million fund in his time, ensuring new voices and perspectives are always represented in the collection.

“We mourn the loss of James T. Demetrion, the Hirshhorn’s second and longest-serving director,” said Melissa Chiu, director of the Hirshhorn Museum. “Jim’s almost 17-year tenure focused on the excellence of the Hirshhorn’s permanent collection. He expanded and diversified our world-class collection, curated landmark surveys, fostered talents and reimagined our plaza. His legacy holds a mirror to our mission and Joseph Hirshhorn’s vision. Art is for everyone, so was Jim Demetrion. We thank his family for sharing him in life, and we celebrate his generous legacy.”

Throughout his career, Demetrion organized notable surveys of leading international artists including Francis Bacon, Dubuffet and Still, all of which traveled nationally and internationally. Demetrion was also a proponent of the next generation of creative talent, cultivating the likes of Ned Rifkin, Neal Benezra and Olga Viso. Several curators who worked under Demetrion moved on to museum directorships throughout the U.S., including the High Museum (Atlanta), SFMOMA, Seattle Art Museum and Walker Art Center (Minneapolis).

Born of Greek parents and raised in Middletown, Ohio, Demetrion taught high school social studies in California before studying art history as a graduate student at UCLA. In 1962, he received a Fulbright Grant, during which he researched artist Egon Schiele while at the University of Vienna. Among his many accomplishments, Demetrion also served in the U.S. Army.

He is survived by his wife Barbara, daughter Elaine Demetrion (Paul Roach), brother John and grandsons Max and Nick.

Today, Demetrion continues to be honored in the Hirshhorn’s annual lecture series named for him. It has featured luminaries such as Ai Weiwei, Anish Kapoor, Simon Schama, Marina Abramovi? and most recently Marilyn Minter and Jordan Casteel.