Based on Video Installation Wantee 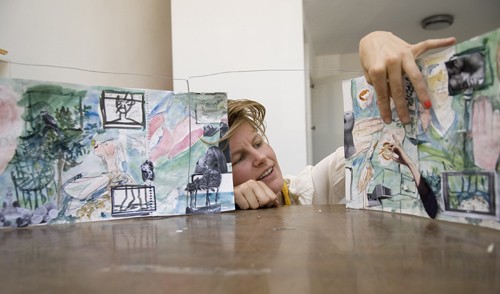 Laure Prouvost, winner of the fourth edition of the Max Mara Art Prize for Women, has been awarded the prestigious Turner Prize for her video installation Wantee, tribute to a fictional grandfather inspired by Kurt Schwitters.

Displayed at Tate Britain earlier this year, the work was commissioned to explore the lasting legacy of the German artist. Wantee was the Schwitters’ nickname for his partner, who liked to offer him frequent tea.

The jury, chaired by the Director of Tate Britain, Penelope Curtis, said that Prouvost’s work was ‘unexpectedly moving’ and praised its ‘complex and courageous combination of images and objects in a deeply atmospheric environment.’

Laure Prouvost (1978, Croix-Lille, France; lives and works in London) graduated from Central Saint Martins in 2002 and has been part of group shows at Tate Britain, the ICA, Serpentine and BFI Galleries.

In 2011 she won the fourth edition of the Max Mara Art Prize for Women, in collaboration with Whitechapel Gallery, biennial prize which supports and promotes the work of artists who reside in the United Kingdom by offering its recipients the opportunity to explore their potential by way of the production of new art works during a six-month residency in Italy. Prouvost's project Farfromwords was presented at Whitechapel Gallery and at Collezione Maramotti, from May to November 2013.