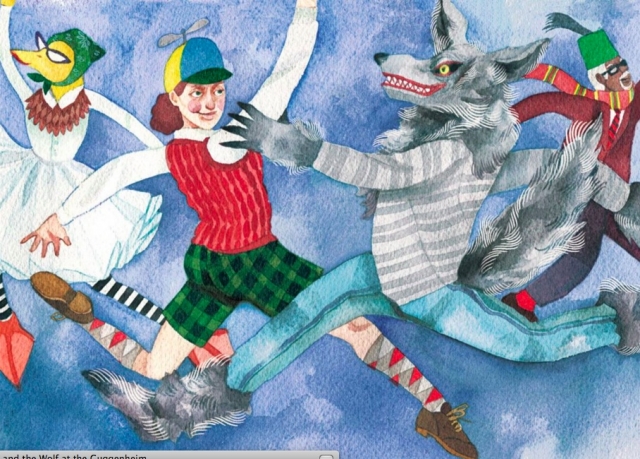 Isaac Mizrahi's Peter and the Wolf at the Guggenheim

An annual treat at the Peter B. Lewis Theater 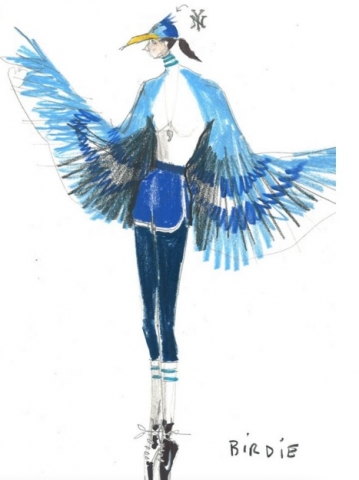 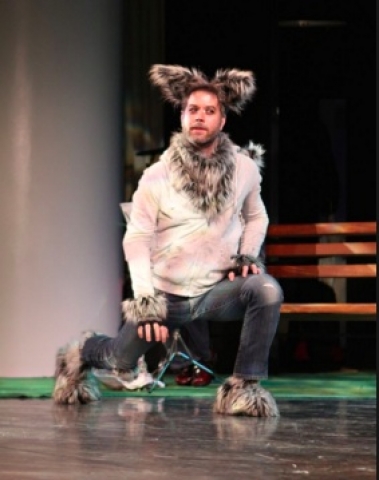 The Wolf Eyes the Bird 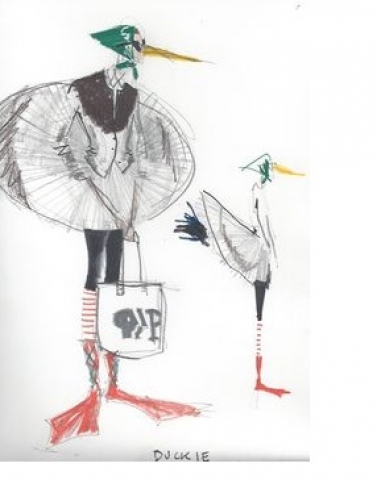 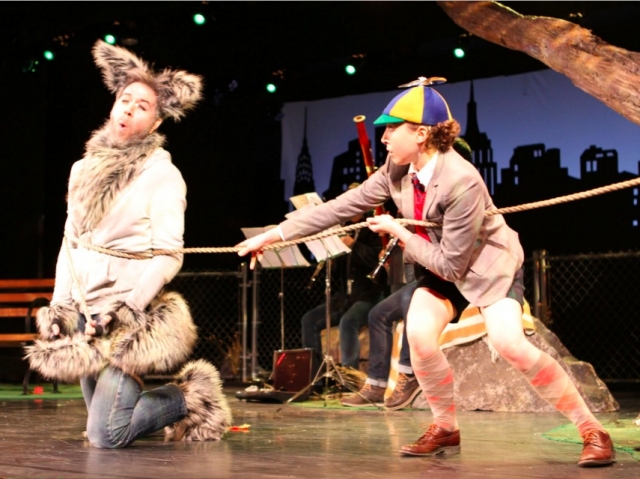 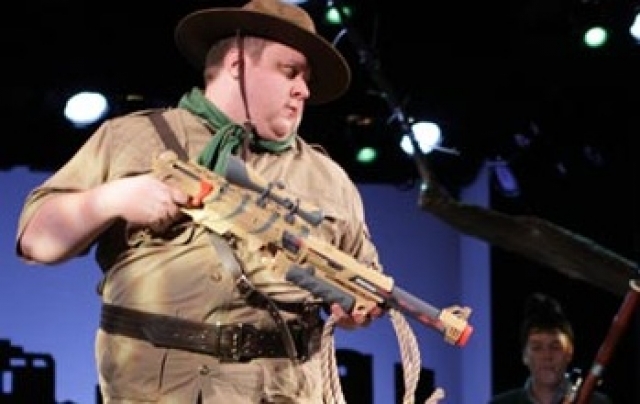 Derrick Arthur gave up a career in sports for the theater 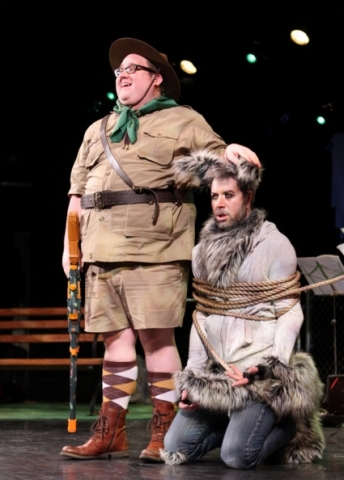 The hunter and his prey

The Guggenheim Works and Process'  Peter and the Wolf, designed and narrated by Isaac Mizrachi, is celebrating its 10th anniversary.

Now it features choreography by the brilliant John Heginbotham.  The work has been choreographed over the years by others, but it is hard to imagine a more lively and charming production than this one.

Each character, in addition to being represented by an instrument in the Ensemble Signal, is characterized by a dance style. Peter is boyish, striding across the stage following the action of neighborhood creatures: a bird perched in a tree, a cat who wants to capture the bird, and a duck who thinks a pond is a safety zone. The duck waddles in orange flippers, the bird is on wing in toe shoes that look like sneakers.

The bird teeters across the stage, swooping and winging her way to safety. She is Peter’s ally in teasing and capturing the wolf.

Ensemble Signal, who works with cutting edge composers across the globe, seemed to relish this opportunity to reveal their collective inner child.

Mizrachi's reading takes every opportunity to find humor in pacing and the food chain of the animal world.

The setting is Central Park, with a cityscape featuring the Empire and Chrysler buildings in silhouette in the background. Needless to say, the wolf enceinte with duck is led off to captivity in the Bronx Zoo, surely more suitable than Riker’s Island.

Costumes are humanoid with animal touches. The bird has a Mohawk-do and wings;  the duck, an orange bill with matching flippers and the wolf, a bushy tail, ears and bits of fur on the in-vogue holes on his jeans’ knees.

My companion lept into my lap when the wolf revealed himself, dropping the newspaper that hid him on a park bench. The Peter B. Lewis Theater at the Guggenheim is small, which leads to a more thrilling but also more scary possibilities. When we asked if the duck, swallowed live, would ever emerge from the wolf, we were told this would happen in the sequel.  That's an interesting prospect.