Can a Lawyer Be Truthful and Succeed 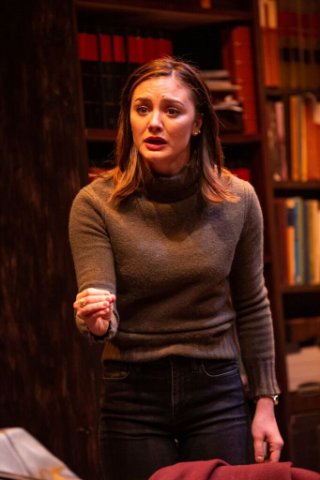 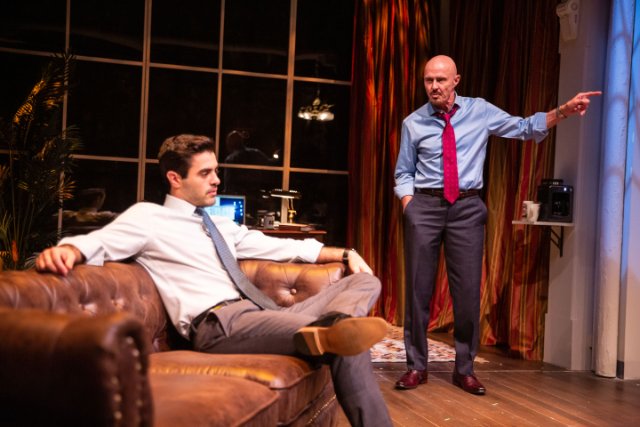 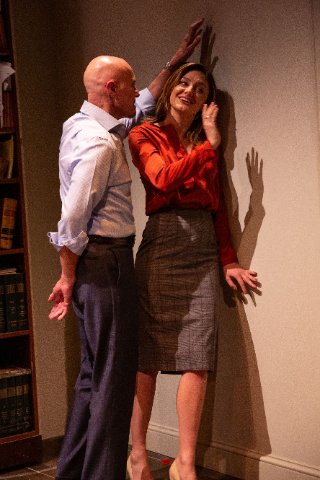 Did he or didn't he? from Ms. Trial 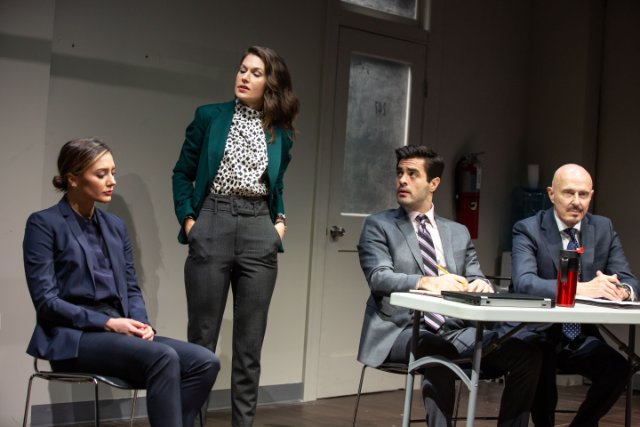 Pre trial hearing in which the District Attorney abandons the case

Dep Kirkland asks us to inhabit the legal world and fathom truth from within the walls of a well appointed law office. The leather sofa, floor-to-ceiling bookcase, long wooden table and oak desk with curtained view of the city, act as silent signifiers. Set design, by Bill Clarke, and lighting, by Mitchell Fenton, give us just enough of what we need to feel that we are in the sort of place where the truth will out. The seasoned direction by Rick Andosca brings a compelling pacing to the script.

Although the play's plot involves sexism and women's safety in the workplace, Kirkland delivers a scathing critique of the legal profession and the world of high stakes litigation. The 'rough and tumble', win or lose atmosphere, begins to play fast and loose with the facts and with the premise of right and wrong.

Playwright Dep Kirkland comes out of the legal profession where he worked both in private practice and for government policy makers. He brings an authenticity and passion to his subject. His portrayal of the egotistical prestigious lawyer conveys tension, intelligence and a ferocity which drive both character and plot.

John Paris, (Dep Kirkland) is the renowned trial lawyer whose ability, aggression and cunning are the engine behind his firm's success. Paris enjoys his own power and revels in throwing his weight around with a barrage of vulgarity and abuse. It is directed at his nephew, apprentice Dan Burks (Alan Trinca). Dan, who has recently come out to his family, is anxious to prove himself capable of being the 'big man.' He feels obliged to take it if he is going to become a successful trial lawyer.

“This is a war, and those ass holes are the enemy,” Paris explains. The road to success lies not in the presentation of facts, but rather in outwitting the opposition. To this noble end he hires a new young trial lawyer out of the DA's office. Her pretty face, tight skirt and “nice butt” will distract the opposition long enough to throw them off their game.

This new recruit, Karen Luboff, (Christina Evangelista) is both a “babe” and fierce and hardworking lawyer. She is a match for Paris. On his instruction, she effectively plays on the jury's sympathy but also independently uncovers overlooked evidence. In contrast to this atmosphere of vulgarity and trivialities Paris exudes, the poignant case involves the gruesome death of a little girl in train derailment. The truth is no matter how hard they work to win, they can not bring the poor child back. Their consciousness of this obvious fact, and the reality that winning big means a huge pay-off not only for the victim's family but for themselves. It serves to pull them further into a cynical spiral.

When Karen becomes a victim of a sexual assault, the truth of the matter is not enough to prove her case as the district attorney Catherine Baker, (Janie Brookshire) makes plain.  Neither do the sympathies of the court reporter Barbara Cooley, (Gayle Samuels) take away the ugly realness of her situation. The strength of legal argument is not the strength of truth. In fact justice is not truly served even when the facts are known.

Kirkland's play takes us well beyond the sobering issues raised by the #MeToo movement and into the vulgar and often violent world of big money, big power and unbridled ambition. Does the system itself become the seducer? Does the temptation to be part of the big win entrap the victim? Where is the line that cannot be crossed?