Describe the Night at Atlantic Theater

Rajiv Joseph on Persistence of Truth vs Lies 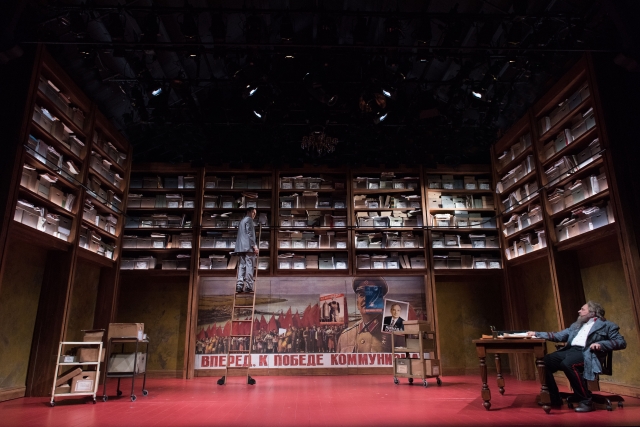 Dessribe the Night at the Atlantic Theater 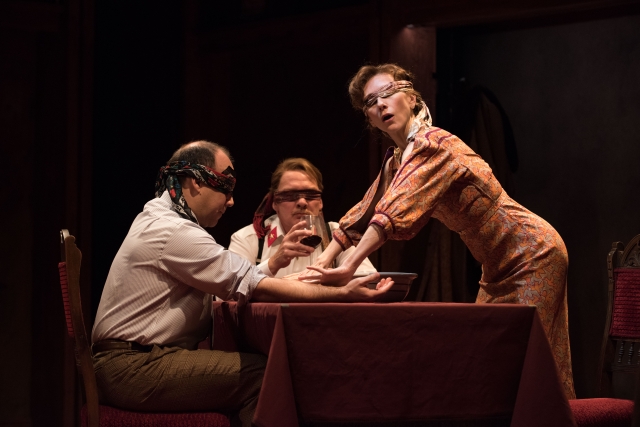 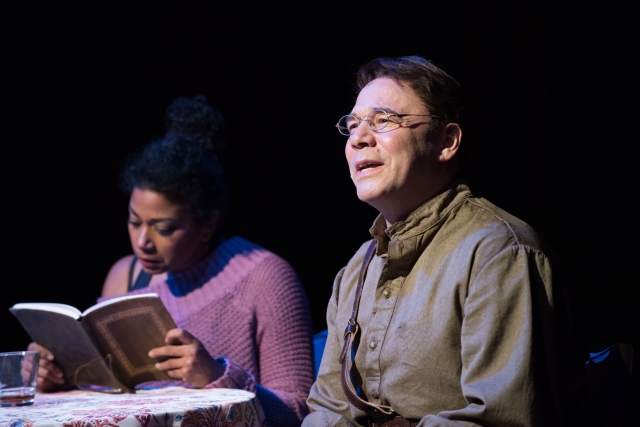 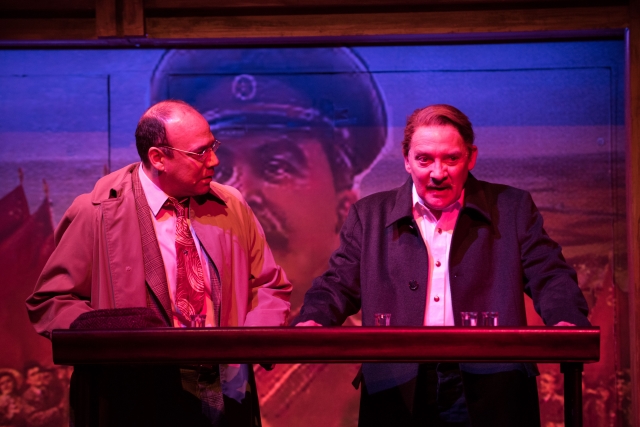 The playwright Rajiv Joseph, a Pulitzer Prize winning finalist and winner of Lortel and Obie Awards, arrives at the Atlantic Theater Company with his new work, Describe the Night. The play is almost three hours long, and whizzes by in jewel like nuggets of high drama. Giovanna Sardelli, Joseph’s frequent collaborator directs.

While the work is centered on the universal theme of ‘truth and lies’, it is very much rooted in the Russian experience.

The play opens as Isaac Babel struggles to describe the night. It is 1920 and he is a journalist attached to the Red Cavalry in Poland. We move back and forth throughout the drama, following the Diary that Babel was writing in 1920, as it appears in the home of his granddaughter in Dresden in 1990. She is spied on by a Russian political operative who falls in love with her. In 2010, a journalist covering the mysterious crash of a plane carrying most of the Polish government, runs into the Diary again.

The journey of the Diary binds the play. The journey is magnetically held together by the superb performances of every member of the cast.

Describe the Night begins in a friendship between Isaac Babel and Nicolai Yezhov. This is the emotional springboard which both launches and moves the drama. Zach Grenier is superb and meaningfully nuanced as Yezhov, Stalin’s chief of police who presided over the worst years of Stalin’s purges 1936-38.

Tina Benko, as his wife, Yevgenia, is visually riveting. She is an actor who speaks with her entire body, expressing not only her own emotions, but creating the emotional center of every scene in which she appears. We believe that she has fallen in love with Babel by watching her. We believe she can forecast the future, stir up a soup of leeches, and that she has lived a hundred years. Benko carries these 'maybes' from the edge of folk-tale to truth with a delightful grace.

Danny Burstein’s Isaac Babel provides the voice of an ‘everyman’, whose fiction challenges the ‘facts'.   Burstein moves us through time with ease, as Babel’s stories outlive their subjects and they themselves become reality. Today’s fact collecting journalist, Mariya, is portrayed with conviction by Nadia Bowers. Mariya asks us to find the emotional truth within factual events.

The script is peppered with piercing witticisms. Metaphors are thought provoking and amusing. As Babel preps Yvegenia for a play within the play, Yevgenis remarks, “There used to be ducks here, but they were all killed."  Isaac has the character Gashpar reply, “Madam, they were not killed, they just flew away. Yevgenia muses, “Lovely to think so.”

Max Gordon Moore is appropriately ominous as the Putin-like Vova who is in love with the elusive Ursula, who carries Babel’s Diary. Rebecca Naomi Jones as Ursula and Stephen Stocking as Feliks give substance to their supporting roles.

This is not an historical drama. It is not presented chronologically nor created primarily to throw new light on particular factual events. Actually, it plays with truth. Yezhov is not the short-lived sadist he was, but rather the quintessential symbol of the untruth which survives through time. Describe the Night re-invents the search for self and for truth in each generation. The playwright seems to be in a Philip Glass mode, where repetition in and of itself will yield an effect. This piece is fused by performance as time is juggled.

Giovanna Sardelli maintains a clarity of purpose. Lighting designer, Lap Chi Chu, and scene designer Tim Mackabee  give us a feel for time and place and mood with a minimum of abrupt changes. For this three act play, their gentle approach is important. A wall of files provides an ever present reminder of the over-shadowing existence facts which can be either truth or lie.

Describe the Night unfolds with a focus on the topic of truth and power.   In our own era of ‘fake news’ this question seems to remain as alive today as it was for Babel 100 years ago.