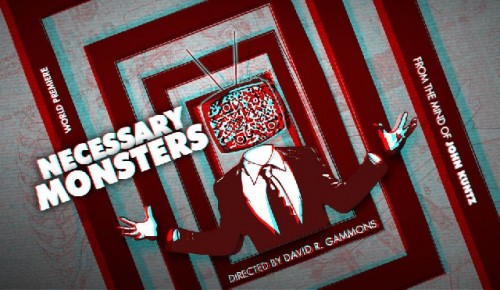 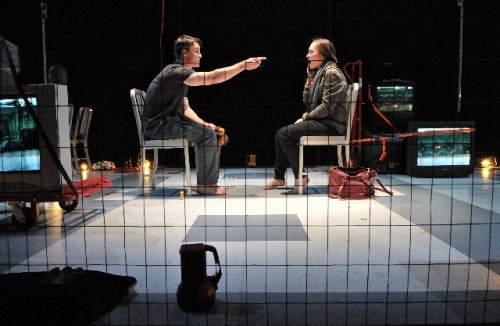 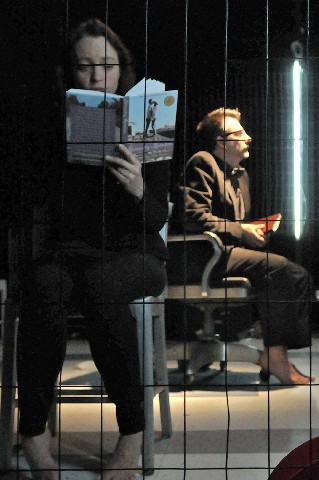 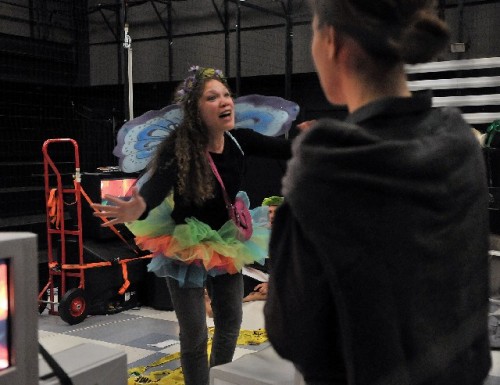 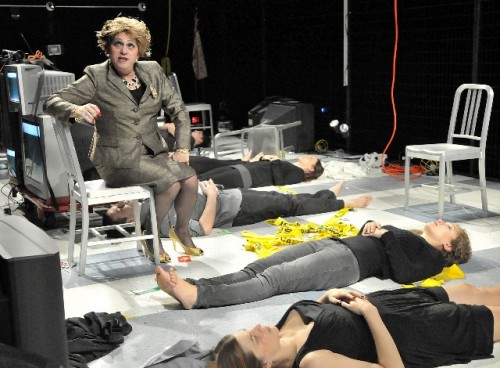 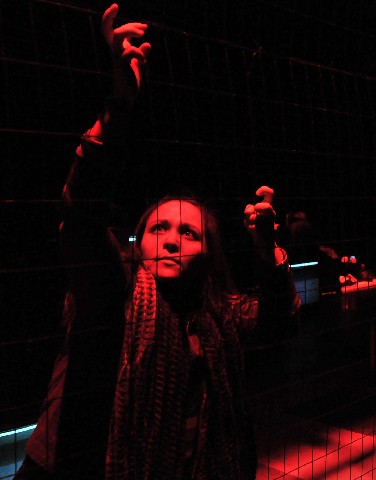 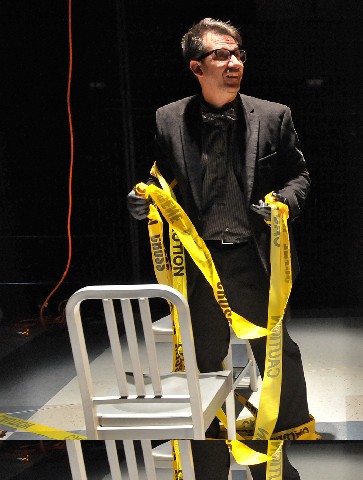 Begun as an acting exercise in a class at Boston Conservatory a few years ago, actor/playwright/professor John Kuntz created a play that made the best use of his then current students. He titled it Necessary Monsters. After gestation and fermentation, this play is now having its world premiere at the SpeakEasy Stage Company.

Set in a cage and creatively dramatized by different presentations forms, Necessary Monsters  is a play that tells a fragmented but somehow connected story with its title figuring into at least four story lines. Necessary Monsters is the title of a romance novel, a horror film, a bit of film noir and a children’s television show. This is an unusual multigenerational production that is various parts dream sequence, part pill-induced hallucination and serial killer nightmare. There is even a dream sequence nod to poinsettias for the holiday season.

Using as a starting point Jorge Luis Borges' The Book of Imaginary Beings, Mr. Kuntz has imbued the show with an at times an often off balance, occasionally giddy and sometimes transformative journey through various layers of reality, imagination and even purgatory.

The cage itself is a multipart character in the play. among other things, it performs as an airplane interior, an apartment living room, a restaurant, a cafe and a children's story area. In addition, a section of it is a funeral parlor. Is the cage actually life? Also, most of the humans play multiple roles with the most provocative being the same actor as both serial killer and victim.

Other brilliant nonhuman characters are the videography punctuating the performances and vignettes. Created by the very talented Adam Stone, the various TV monitors spread across the stage entice and compel the audience adding penetrating sound and video spice to the narrative.

There is also gay and lesbian kisses, individuals in drag and adults as children in the show. A standout is the almost always brilliant Thomas Derrah as Greer, the late past imperfect mother from hell. In his high heels and critical frumpiness, Derrah's Greer steals the show.

The rest of the ensemble is talented. Of particular note are McCaela Donovan and Georgia Lyman who bring passion to their roles. Wrestling internally with their characters, Greg Maraio and Michael Underhill are superb. As an actor, John Kuntz is a malleable waiter, husband and child changing before our eyes.

Beginning with a preface of motion and mime, David Gammon's direction is quite quirky but makes the set and the characters emotionally resonate and even intellectually vibrate. This is not your grandma's Sunday afternoon play or even just any soap opera drama, but a very personal theatrical statement by John Kuntz translated and somehow creatively extended by Mr. Gammons.

Viewing his work objectively, the playwright has stated that different people take different things from the play. The audience member is a bit like a moth fascinated by the flame of this provocative, no right or wrong answers theatrical experience.