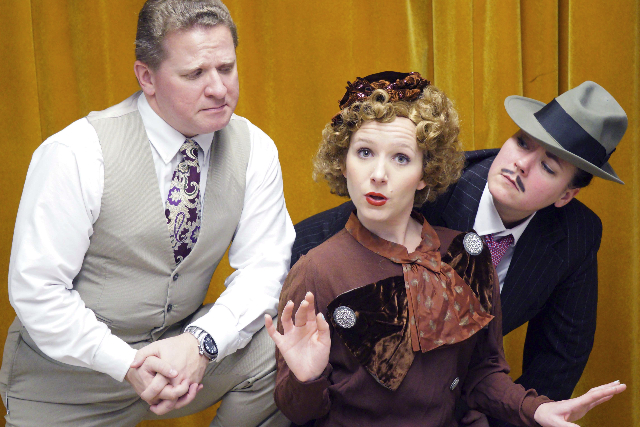 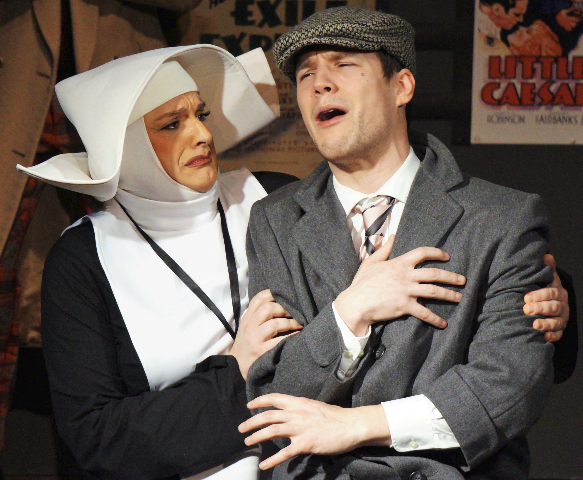 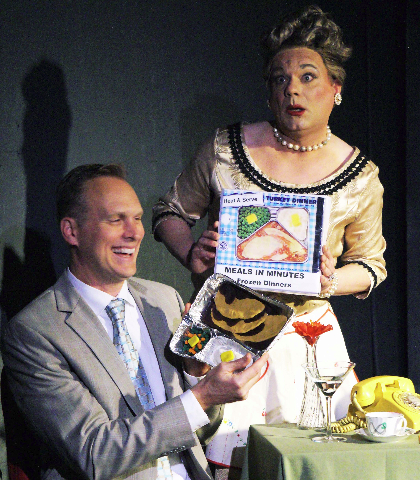 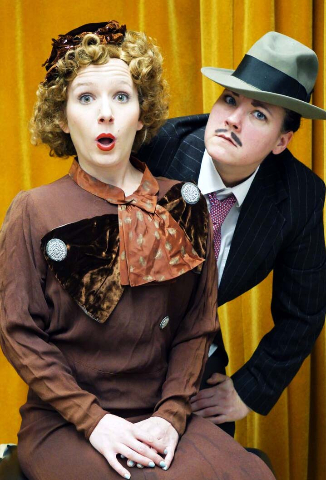 A play within a play is a familiar theatrical trope. Consider, for example, Hamlet.

In a new work by Todd Michael, The Big Uncut Flick, however, instead of a play we have a film within a play.

With a nostalgic twist we are taken back to the earlier days of television in the glorious 1950s.

Often as low budget filler in programming, stations featured a rotating stock of  B movies. These often were what cinema folks now regard as noir classics. Those generally formulaic films were in and of themselves meant to flesh out the norm of double features.

Back then going to the movies took hours. The strategy helped to sell popcorn and soda which is how movie houses then and now mostly make their money.

It came as a shock and disappointment when theatres downscaled to just one feature film and the now standard formula of some twenty minutes of trailers.

Clearly, the playwright of this spoofy comedy has a real passion for cinematic and TV nostalgia.

Generally, in the low budget format the film of questionable quality was introduced by a host, or in this case,  a  couple. Every city had one or a pair of hosts earning what was then union scale. In Boston I was a huge fan of The Movie Loft. This was an era before the onslaught of Uncut films that are featured through cable networks.

This quirky little production has it moments in evoking the texture of that experience.

In an aside there was the nice comic touch that, in addition to introducing second rate films, the hosts also pitched a range of equally absurd products.

The hosts, in several interludes, introduce segments of an ersatz gangster film with the usual mishegos plot.

The twist is that director Synge Maher has mixed things up with cross gender casting.

So in addition to nostalgia and comedy add a bit of campy drag.

In a relatively intimate theatre with minimal props and what passes for a set the performance exuded more wacky enthusiasm than finesse.

For the most part the characters were keyed up a tad too much. From our seats it seemed that the volume at times might have been more subdued. One wanted to shout back that I can hear you already.

If a tiptoe through the tulips and a stroll down memory lane appeals to you then this is a show to savor.

My companion thought the play was just wuuunnnderrrrful.