New Insights Into the Form 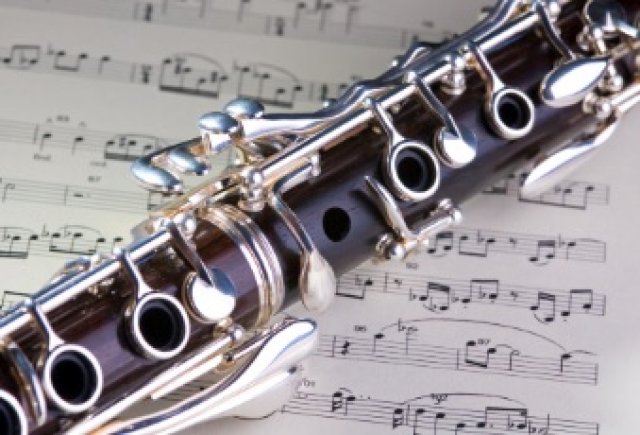 An active patron of New York music associations, Joe Rosen is a first-rate amateur clarinetist. He opens his home to salons where young musicians accompany him in chamber music pieces.  Recently he has changed his method of operation.  Instead of transposing one string instrument's part for clarinet, he is performing quintets written for the instrument. The clarinet's mellow, earthy timbre is revealed.

Audiences always enjoy the disorientation they experience when Rosen plays the clarinet in place of a violin, for instance.  You discover tones and phrases you have not heard before.  Sometimes the work's performance seems preferable to the composer's original intentions.

Yet there is a reason to return to the originals. They are glorious.  Gathering under his wing artists on the cusp of their careers, the performers too are discovering new work.

Samuel Coleridge-Taylor was an English composer, conductor and political activist. Born in Holborn in 1875 to an English mother and a father originally from Sierra Leone, he liked to be identified as Anglo-African. New York musicians called him the ‘African Mahler’. He is also referred to as the 'Black Dvorak' which may better reflect his music’s texture. He was named after the poet Samuel Taylor Coleridge who would become a source of inspiration.

At age 23, Coleridge-Taylor burst into the British music world  with the premiere of his cantata Hiawatha's Wedding Feast. The piece incorporates the spiritual Nobody Knows the Trouble I've Seen in its overture. Hubert Parry, best known for writing the music for Jerusalem, reported: “Word had got around London's music scene that an extraordinary event was about to take place. The small room reserved for the performance was besieged by eager crowds."  Sir Arthur Sullivan was one of the few people to get in.

London papers hailed the work as a masterpiece, but Coleridge-Taylor relinquished its copyright for only 15 guineas. Thousands of copies of the score were sold, but he got no royalties. He worked hard to support his family without payment for the performance of his music. This probably precipitated his early death at 37.

Anthony McGill, the first black principal player in the New York Philharmonic, is recording this Coleridge-Taylor quintet with Catalyst, a quartet in which Paul Laraia plays viola. Laraia played at Rosen’s salon, one of four talented string players on hand for both this quintet and also Anton Reicha’s remarkable and seldom performed work.

The group also performed Mozart's clarinet quintet. This is the standard for the form. Composed two years before his death, Mozart was inspired by clarinetist Anton Stadler.  The Rosen ensemble relished this treasure, written for the clarinet in A. It is more than a flashy showpiece with pyrotechnics.  Rosen shaped Mozart's long-breathed phrases in contrast to the ethereal violin. The ensemble navigated the first and final movements with finesse.

Brahms would also write in A for clarinetist Richard Mühlfeld, the finest wind instrumentalist he had ever heard. The Brahms Quintet features dark tonal hues, lush textures, and singing vocal lines, contrasting with the virtuosic "Hungarian" section of the second movement, and an occasional optimistic moment in the brilliant variations of the fourth movement.

As we listened to the Brahms, played by Rosen and the string quartet, we could hear some of the most exquisitely beautiful musical lines and colors of any chamber works ever composed. Brahms was in the twilight of his career and at the height of his creative powers.

Anton Reicha is coming into his own today.  He too takes on a journey of great beauty, deep introspection, yearning, and melancholy. Rosen joined the ensemble to highlight the glorious colors of the instrumental combination.

Which wind instrument comes closest to singing like the human voice?  In the beauty of the clarinet's lines, Rosen persuades us that it is his, the clarinet.

Tucked into chairs over looking Manhattan with a group of music lovers of all ages, listening to a supremely talented amateur and his ensemble of incipient stars, is one of the treats of living in the city.  For this, we have to thank a generous patron of music.