Sondheim's Into the Woods 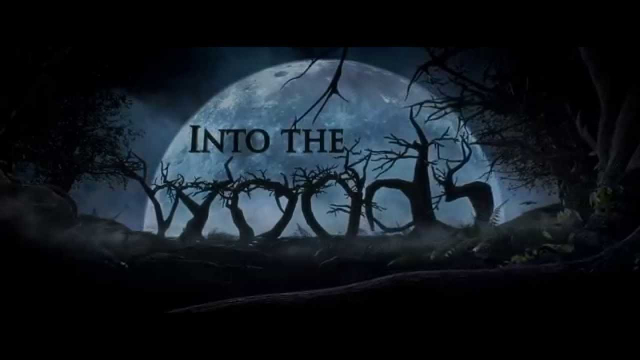 “No one acts alone” are a few of the lyrics in the sadly honest, yet reassuring and gentle song “No One Is Alone” in Stephen Sondheim and James Lapine’s bold, meaty but at times murky musical “Into the Woods.”

The song’s title describes one of the strengths of the mostly excellent Fiasco Theater production of the edgy, dark take on fairy tales.

A national equity tour of the acclaimed production recently kicked off at the Straz Center for the Performing Arts in Tampa and is on its way up north -- possibly to your city.

The entire cast excels in its ensemble work in this stripped-down version of the allegory-heavy (sometimes too heavy) musical, which merges multiple fairy tales and their respective characters into a single show.

"Into the Woods" contains an essential ingredient for effective theater: All the characters want something really bad and must fight for it. This sense of yearning is expressed in an especially strong manner by an intensely hopeful Laurie Veldheer as Cinderella, her eyes blazing with fire and desire.

Veldheer is part of a fine cast, led by directors Noah Brody and Ben Steinfeld, who rightfully stress the story-telling aspect of the tales.

The production features elements of story theater, complete with simple props, pantomime, narration and audience interaction. Before the show begins, the actors appear on-stage and reach out to audience members, breaking the “fourth wall.” Later, an actor hands an audience member in the front row props, as though to say, “here, hold this for a minute.”

To portray a cow named Milky White belonging to Jack (he of beanstalk fame), Darick Pead merely wears a cow bell. The "costume's" sheer simplicity elicited laughs on the night of the reviewed performance. The only other hint that Mead's playing a cow is mooing, which Pead voices in a deadpan manner. Sometimes, less is more, as Pead and other cast members illustrate.

Birds are suggested by actors running around, carrying paper cut-outs. The performers make bird-like sounds while moving those paper cut-outs, as though the objects were speaking bird talk.

A cast member holds a “baby” swaddled in a blanket. In clear view, nearby, we see who is really crying – one of the actors.

The cast, which demonstrates impeccable comic timing, seems fully-involved in their art of make-believe, however obvious the pretending may seem. As a result, we gladly go along with them.

This musical literally features a journey “Into the Woods” as a baker and his wife, who neatly tie together the disparate tales of the fairy tale characters, try to undo a curse cast upon them by a witch.

She's played with a vengeful demeanor by Vanessa Reseland, who speaks in a threatening, loud, urgent voice. But this creature is less Wicked Witch of the West than a troubled, emotionally-wounded woman bearing the weight of a curse placed upon her. In addition to meanness, Reseland conveys a relatable vulnerability and sensitivity that fleshes out the character.

The witch sets the literal journey into the woods in motion. But the musical features other types of journeys -- from lightheartedness to darkness and disturbing, cautionary theater; from innocence to awareness; from indecision to decisiveness; from selfishness to selflessness; from hopefulness to helplessness and back to hope; from wishfulness to regretfulness; from being sheltered to being alone and vulnerable and back to realizing “no one is alone.”

The musical's tone shifts markedly as the show progresses. Directors Brody and Steinfeld have obviously worked to assure cast members create the appropriate tones when they’re called for.

There’s playful, unabashed silliness during much of the first act. You clearly get the sense of a child-friendly “hey kids, let’s put on a show!” type of atmosphere as the antics play out on stage. Horror and fear are etched into the actors’ facial expressions and imparted through their gestures, movement and voices as the musical turns darker and grave.

The driver of the uneasiness during the second act is not only the witch, but a female giant who has come to exact revenge on whoever’s killed her husband. The giantess is played by an uncredited actor who needs to make her voice sound more consistently ferocious.

There are other weaknesses. The baker’s reaction to his wife’s death needs to register more shock; it wouldn’t hurt if Evan Harrington, in the role, broke down. Jack’s reaction to his mother’s death is one of intense anger. But Philippe Arroyo, as Jack, could convey at least a hint of sadness and disbelief at his mother's sudden death.

The gigantic, angry woman is positioned way up on the beanstalk, which Jack, in his youthful mischievousness, had decided to climb, coming to realize “there are giants in the sky.” That’s the title of a bright, wonder-filled song in the show sung by the lad. He's played with wide-eyed excitement and youthful verve by Arroyo, who slips in and out of varied emotions with ease and conveys each convincingly and with unforced intensity.

Part of the beauty of this thought-provoking show is the woods will symbolize different things to different people.

The woods, for Jack’s mother, might represent that stage in the life of an adolescent when he/she is unwilling to be sheltered, protected and accounted for.

The musical centers, in part, on the disconnect and tense relationships between parents and children. That’s seen, for example, in the frustration of Jack’s mother (a stern, no-nonsense Bonne Kramer). The character's exasperated at her son’s immaturity and sense of adventure which eventually gets him – and the community – into trouble.

The trouble which Jack's actions have brought to his community reinforces the lesson that individual, selfish actions can have wide-ranging repercussions.

The woods, with its hard-to-navigate paths, can serve as a stark symbol of the turbulent, unpredictable and fearful time in which we live. As though to accentuate this on-edge feeling, characters often startle each other.

The baker and his wife are nervous for recognizable reasons. Like many of us today, they're without a secure future or even a reliable home. They are portrayed to near perfection by Harrington and Eleasha Gamble. The baker changes from a stubborn, argumentative person to a caring, sincere but rightfully frightened individual.

Harrington’s transformation is smooth and convincing. His strongest moments are toward the end, when the Baker’s sincerity and compassion bring to mind a seasoned but jittery mental health professional trying his best to maintain the calm.

As the Baker’s Wife, Gamble radiates a dogged determination and can-do spirit that’s infectious. There’s a strong sense of purpose emanating from her, regardless of the emotion she’s portraying.

Several actors play multiple characters and prove to be chameleon-like performers. There is, for instance, Anthony Chatmon II’s sly, seductive wolf, his hilariously effeminate Lucinda and his proud prince.

The wolf is part of Little Red Riding Hood’s journey from a happy, carefree, innocent, dutiful granddaughter to one who becomes more aware.

In the song “I Know Things Now,” the implication is the wolf has made her sexually aware. Some productions may choose to downplay this sexuality. While it’s not overdone here, there’s more than a hint of a sexual encounter between the wolf and Little Red.

Singing seems as natural as breathing for these performers. They are blessed with strong, expressive voices and display nice range. They handle Sondheim’s tricky, intricate lyrics and harmonies with the ease of someone having a routine conversation.

Sondheim, one of the greatest composers/lyricists ever, has been accused of composing grating, unmemorable songs without hummable melodies. He’s proven those accusers wrong. Listen to the bouncy, upbeat title song and the wonder-filled “Giants in the Sky.” You’ll struggle to keep the melodies out of your mind (not that you’d want to). Songs that aren’t necessarily memorable but effective include the jarring “Last Midnight” sung by the witch during a particularly dark portion of the musical.

The actors (very ably) play the instruments – a choice that brings to mind director John Doyle’s minimalist productions of Sondheim’s “Company” and “Sweeney Todd.” Doyle has said he asks audiences to imagine, something we're forced to do often in this production of "Into the Woods. In an interview for a study guide of his production of "Ten Cents a Dance," the director said, when actors carry an instrument with them, "ready to burst into self-accompanied song...you know you're not just watching a story. You're watching the telling of the story at the same time."

That is what audiences seeing this production of "Into the Woods" will experience.

In Tampa, they're taking it all in amid the opulence of the Straz Center’s Morsani Hall. Its elegant atmosphere reinforces Sondheim’s eloquence and sophistication.

Onstage, the scenic design is dominated by structures featuring harps, one on top of another. It's eye-catching, sure, but it's not entirely clear what else, if anything, scenic designer Derek McLane had in mind with these harps arranged in staircase-like structures.

The rest of McLane’s set is elegant, befitting Sondheim’s sophistication. Chandeliers hang from the ceiling. The proscenium is surrounded by images of musical instruments, while the rest of the set is minimal; a ladder and a rack for costumes, among other things, allow the actors flexibility in their storytelling. Upstage, a curtain made of strings lets us peer into a space that suggests the dark forest.

Among Whitney Locher’s costumes, Cinderella’s shimmering dress stands out, although the witch’s bright clothing isn't congruent with her character. Curiously, after her transformation into a beautiful woman, the character wears black. That color could, however, represent the bleakness of the story in the second act. As the witch, Reseland wears a mask that brings to mind The Phantom of the Opera, lending a sense of mystery to the character.

The uncredited lighting is a huge production asset. Green-hued lighting suggests an enticing forest in the beginning. The lighting eventually becomes dark and harsh, much like sound designer Darron L. West’s jarring sounds, punctuating the uncomfortable, fearful emotions the characters are experiencing. With the chandeliers and the dark lighting, the stage looks like a cross between the Phantom's lair and the Beast's castle in "Beauty and the Beast."

It’s fitting that during the curtain call, there were no individual bows among the actors. They bowed as a group, an adept ensemble which realizes in the theater “no one plays alone.”

For a full schedule and prices, log onto www.intothewoodsontour.com.